“Coming from India, you’re always questioning why some things work in other countries and why they don’t back home. Where are we failing? How can we succeed?” 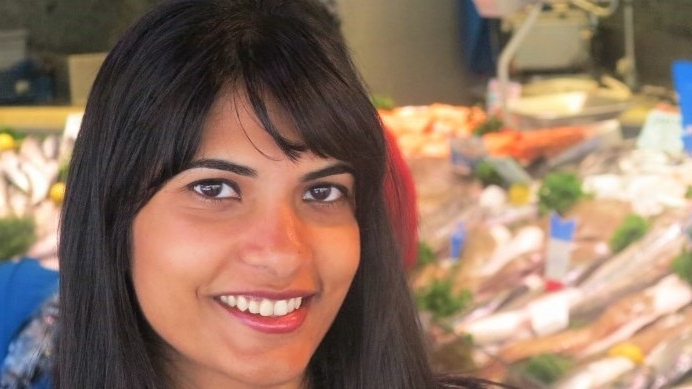 Occupation: Journalist at France 24 and teacher at Sciences Po’s journalism school in Paris

Currently reading: “The Tale of Genji”, by Murasaki Shikibu, inspired by a recent trip to Japan

Cycling in the rain on a trip to Bagan, Myanmar, was pretty surreal. As a reporter, I also spent a long, cold winter in upstate New York, where I’d have to dig my car out of the snow to race to a town hall meeting or freeze my fingers scribbling notes outside. I’ve grown up in India so this was unusual for me.

With parents in the military, I moved around a lot as a kid and that kind of stuck as an adult. I lived in Sri Lanka in the late 90s, which was quite chaotic then, and I think that experience nurtured an interest in international stories. I was also a voracious reader and just innately curious about other places and people and what makes them tick. I think coming from India, you’re also always questioning why some things work in other countries and why they don’t back home. Where are we failing? How can we succeed? How can we fix our policies?

What international issue is of greatest interest to you today?

I think at this moment, the migration crisis around the world is an incredibly important story whether it’s the persecution of Rohingyas in Asia or the multitude of people making the perilous journey across the Mediterranean into Europe. Or even this week’s news of Colombians with fridges strapped to their backs wading in knee-deep water to flee Venezuela’s crackdown. With wars that refuse to subside and persistent poverty, undocumented migration is an ongoing narrative that resonates across borders.

In general, women’s issues have long fascinated me and I’ve had the opportunity to cover that in India over the past few years. There is a very rich women empowerment movement in India and activists have fought hard for many years. It was incredible to see how that galvanized after the Delhi rapes. The soul searching in India about gender parity was unprecedented, and it was rewarding to report it and find fresh angles to unpack it.