Donald Trump shocked Europeans when he called NATO “obsolete.” But the threat the continent faces from Russia is not conventional war. 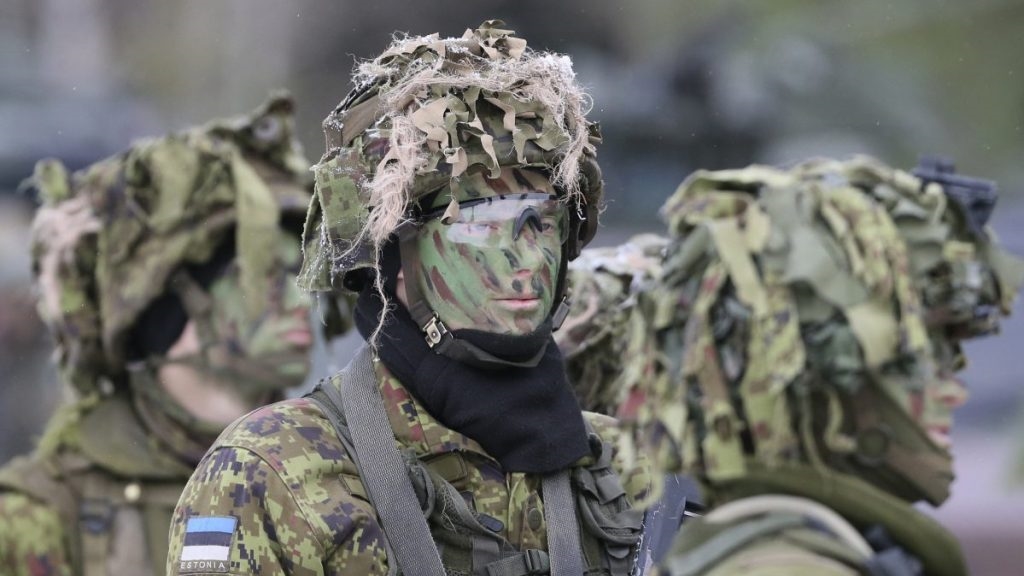 Is Donald Trump committed to the military alliance that has helped keep the peace in Europe for seven decades?

And is the real challenge to the West from Russia military in nature? Or more subtle?

Just days before he was inaugurated as U.S. president, Trump said the North Atlantic Treaty Organization (NATO) was “obsolete,” calling into question an unconditional U.S. commitment to its European allies that has been in place for nearly 70 years.

Under Trump’s “America First” approach, the other 27 NATO members — not to mention allies elsewhere such as Japan and Taiwan — might have to pay more for their security, or else the United States might not honor its treaty obligations to defend them.

With or without unconditional U.S. support, NATO would make Russia think twice about a conventional attack. All NATO members are required by Article 5 of the alliance’s charter to come to the aid of any member that is attacked.

But former Soviet states not in NATO remain exposed, and one of them — Ukraine — has recently seen an escalation of violence inside its borders backed by Moscow, possibly to test Trump’s resolve as commander in chief.

NATO would be unprepared to deter an attack on the Baltic states.

To put things in another perspective, less than 30 years ago Russia was part of the Soviet Union, a confederation of 15 Communist-ruled countries. Its western frontier was flanked by six other nations with which it formed a military alliance, the Warsaw Pact.

The Soviet Union fell apart in 1991. Since then, its six allies have joined both NATO and the European Union. So have three former Soviet republics: the Baltic states of Estonia, Latvia, and Lithuania, which have large ethnic Russian minorities within their borders.

Leaders in the Baltic states remain wary of Russia’s intentions, and they have been the most outspoken in condemning what they view as unwarranted Russian aggression, notably its invasion of Georgia in 2008 and the annexation of Ukraine’s Crimean Peninsula in 2014.

For its part, the Kremlin has repeatedly said it sees NATO’s expansion as a clear threat to its own security. There are doubts even in the West as to the wisdom of NATO’s moves to expand, which Harvard University Prof. Stephen Walt has described as a strategic misstep.

“It alienated Russia without making NATO stronger; on the contrary, expansion involved extending security guarantees to mostly weak countries that would be the hardest to defend should Russian power ever recover,” Walt wrote in 2014.

A 2016 RAND report deemed that NATO would be unprepared to deter a conventional Russian attack on the Baltic states, should it ever come. After conducting war games, military experts concluded Russia would be able to overtake critical areas in the region within three days.

It’s not clear Russia would need to resort to conventional warfare.

But while Russia might be able to take the Baltic states in a conventional war, it remains unclear what strategic value President Vladimir Putin would gain. Costs would be enormous on both sides, and resistance by the Baltic population to occupation would be substantial.

Much more likely is renewed aggression in Russia’s near-abroad. Putin was able to take Crimea without much resistance during the administration of former U.S. President Barack Obama. It is less likely that Trump would come to the aid of former Soviet states outside NATO, such as Ukraine, Georgia or Moldova.

But in this brave new world, it’s not clear Russia would need to resort to conventional warfare to achieve its aims. The transatlantic alliance must focus on Russia’s extensive use of unconventional, or hybrid, warfare to infiltrate and undermine European stability from within.

In a 2016 report, the Center for Strategic and International Studies think tank examined ways Putin has infiltrated central and eastern Europe, establishing an “unvirtuous circle” of Russian influence.

All eyes are on key U.S. allies in Europe.

Ultimately Putin seems bent on undermining the liberal international order, historically led by the United States. That order is threatened by rising nationalism in Europe following the influx of refugees from Syria — a war that Moscow has sustained by supporting Syrian President Bashar al-Assad.

By discreetly funding far-right parties that oppose the European Union, or conducting sophisticated cyber-attacks paired with plausible deniability, Putin can contribute to the unraveling of the NATO alliance and European unity from within without firing a bullet.

“Putin understands that while conventional aggression may occasionally enable Russia to grab a bit of land on its periphery, the real center of gravity is the political will of the major democratic powers to defend Euro-Atlantic institutions like NATO and the European Union,” Molly McKew, an adviser to former Georgian President Mikheil Saakashvili and to former Moldovan Prime Minister Vlad Filat, wrote recently.

A report released last month by the U.S. intelligence community that outlined “with high confidence” Russian interference in America’s presidential election has only added to Europe’s apprehension.

Now, all eyes are on key U.S. allies in Europe. Germany, France, Norway and the Netherlands all have elections this year. There is widespread concern that Russia will seek to undermine the integrity of those elections.

If European nations continue to look inward, their ability to mount a collective, united front against Russia will be weakened. Russia would not have to replace the liberal international order; it could undermine it piece by piece and act as the illiberal alternative.

Trump’s isolationist and transactional “America First” doctrine amplifies a disconcerting message to Europe: You’re on your own.

Luke Drabyn is a former Fulbright Scholar in Ukraine. He is currently a master’s degree student at Georgetown University’s School of Foreign Service, where he focuses on security studies in and around Europe and the post-Soviet states. He is co-founder and managing editor of Nations & States, a foreign policy blog for millennials.