In rural America, a different perspective on guns 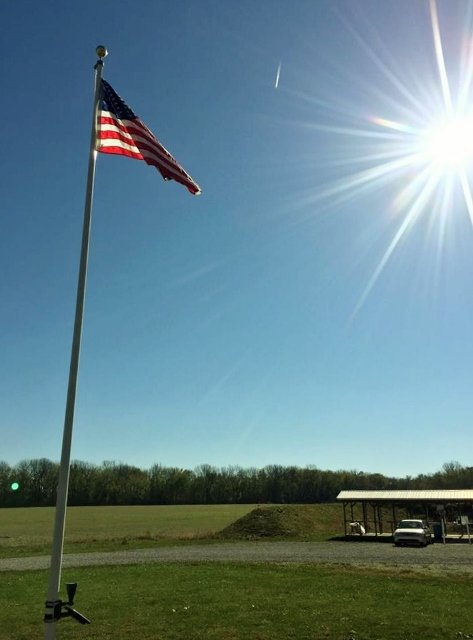 It’s just a three-hour drive from the place where I grew up in rural Indiana to the city where I study. But as far as guns are concerned, they could be in different worlds.

One is Hoagland (population 821) , the other is Bloomington, a bustling mid-size city that is home to the state’s biggest university. In one, guns are part of family life. In the other, they tend to be viewed as instruments of murder.

I spent last Thanksgiving at my grandfather’s home in Manchester, near Hoagland, and the way we spent the day reflects the gun culture of rural Indiana.

The living room was thick with tobacco smoke. Songs by the late country music star Hank Williams poured from the speakers. My grandfather and two uncles sat side by side, three men and five legs. My grandfather, Roger Sr, lost his leg in Vietnam.

My uncle Brian was eager to show the family his latest acquisition, a $300 Springfield XDM 9mm pistol. “Nice gun,” was the unanimous verdict. It was time to go outside and test it.

In the yard, a bullet-riddled paper target was pasted to a large log next to a stone fire pit. Brian pulled out his gun and fired five precise rounds into the target. Then the gun’s handle was thrust towards me. I took my position and pulled the trigger. A quick vibration, a flash of light and a crack that rang in my ear and echoed across the farmland.

It was nothing that would startle me. As a boy, my grandfather would take me to the yard and hand me his rifle to shoot at cans.

When attention was called to me, the greetings were friendly.

Not long after Brian tested his new gun, I went to nearby Freedom, a town of 6,000 people with a highway, a post office, a church, one-story houses with large yards, endless fields and a community center. It’s the regular meeting place of the Sycamore Valley Gun Club, which had invited me to attend a gathering called to admit new members.

The gathering at the gun club was in a room that was packed with dozens of white, bearded men in suspenders with camouflage jackets on their backs and hats sporting military pins on their heads. They bowed for the prayer that initiated the meeting.

The scene brought to mind a remark by President Barack Obama that had angered many in the American Midwest. Campaigning for the presidency in 2008, he spoke of working class voters who “cling to guns or religion or antipathy for people who aren’t like them.”

There were no signs of such sentiments at the gun club meeting. When attention was called to the journalist in the room (I’m the campus editor at my university’s student newspaper), the greetings were warm and friendly.

Ralph Bean, the president of the club, asked the new members to rise and introduce themselves. One of them, Steve Binder, spoke mostly about his relationship with his son, who is a corporal in the Marine Corps. During his leave after a deployment, the two shot more than 6,000 rounds of ammunition in target practice.

Father-to-son (and in many cases father-to-daughter) bonding over a shared passion for guns is common in rural America, gun club members explained. They were mainly military or ex-military, law enforcement officers, farmers and gun collectors. Gun safety ran through many of the conversations.

For them, a gun is not just a weapon. It’s part of their culture.

“I belong to this club for the interaction with the other men,” said Sycamore Valley club member Bill Demire. “We are all about safety. A lot of people have the wrong idea about gun people. It’s a cultural thing. They are not interested in understanding us.”

“They” stands for advocates of gun control, Americans on the East and West coasts who refer to the vast middle of America as “flyover country,” and those who blame guns for the 30,000-plus murders and suicides that have become a perennial annual statistic in the United States.

Where do I, a liberal college student, stand on the issue?  Somewhere in the middle. I have found that the best way to understand something is to begin to know and understand the people at heart of it. My two worlds mix.

There is warmth in the memories of shooting cans with my grandfather when I was little. The satisfaction of feeling his hand on my shoulder when he taught me how to align the sights properly.

Back in Bloomington, I’m surrounded by anti-gun sentiments and find myself in agreement with many of the arguments put forward by professors and fellow students. The majority’s positions on campus: More guns mean more crime; there is no need for civilians to carry firearms; access to guns is too easy; background checks are not tight enough; the Second Amendment of the U.S. Constitution was meant for militias, not individuals.

Would I want to own a gun? Not really. I don’t think I need one. But I fully understand those who like firearms and those who feel they are unfairly criticized for having them. For them, a gun is not just a weapon. It’s part of their culture.

Cody Thompson is in his second year of undergraduate studies at Indiana University, concentrating in journalism, international relations and French. Campus Editor at the Indiana Daily Student, his favorite writers include Wright Thompson, Eli Saslow, Ernie Pyle and Jack London. He enjoys reporting on complex cultural interactions and controversies, and aspires to become a foreign correspondent. In his spare time, he mostly reads.