Reflections of a Muslim in America

I used to feel secure as a Muslim in America. This changed with Trump’s election and I do not believe Islamophobia will end when he leaves office. 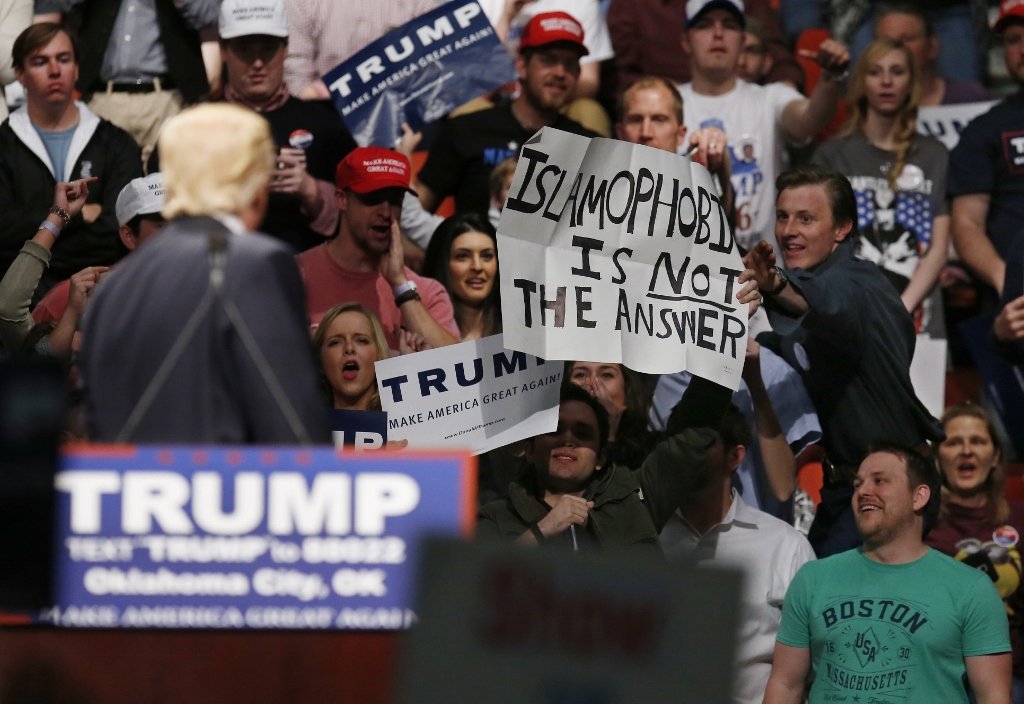 I’ve always felt secure in my identity as an American.

Rock solid and unwavering, my identity has always been there for me. Safe in my condition, I proudly participated in Flag Day in my Fifth Grade class at school, belting out the national anthem and “America the Beautiful”. I wore red, white and blue joyfully on the Fourth of July and shot sparklers into the sky while roasting marshmallows.

The first time I was called a terrorist, I was in Fifth Grade and playing on the monkey bars when a boy came up to me. “My mom told me that all Muslims are terrorists,” he blurted out.

When I look back at the incident, I remember being confused and laughing it off, even as I felt the first cracks appear in my American identity.

I didn’t have many incidents like this until the summer before Ninth Grade, when Donald Trump announced his intention to run for the U.S. presidency. I remember hearing about it, listening to jokes about the reality TV mogul making a play for the presidency.

It was laughable — until it wasn’t.

If Trump can say it, why shouldn’t we?

The comments started slowly: a jab here, a questionable statement there. It wasn’t until after the terrorist attacks in Paris in 2015 that I fully grasped the gravity of the situation.

Trump said he would consider closing down mosques. “I would hate to do it,” he said after the Paris attacks, “but it’s something that you’re going to have to strongly consider because some of the ideas and some of the hatred — the absolute hatred — is coming from these areas.”

I was shocked and genuinely afraid.

People stopped laughing. Trump was the real deal, something we had to watch out for, be on guard against.

Clearly, the Islamophobic mindset that pervades our world today was not born during the U.S. election. These are ideas that have festered in the back of American minds since 9/11 or even longer.

I’m not naive enough to think Islamophobia will end when Donald Trump leaves office. What he has done, however, is to allow that mindset to be accepted as normal.

If the president of the United States can say it, why shouldn’t we?

It’s almost easy to try to pretend that there’s no reason for us to worry. We’re American citizens, born and bred. How could this affect us?

We never thought Islamophobia would affect us directly.

In the past, my family might have been distressed by Islamophobia, but we never believed we would be directly affected by it. Maybe a remark in the street, “random” security checks at the airport, a hurtful Facebook comment, nothing more.

Then Trump announced the travel ban and everything changed. My parents, who had never given much thought to it, were now acutely aware they are not American citizens by birth. My grandmother was told to stay in the States, to avoid flying back to Pakistan for fear she would not be able to return.

Vacations were debated, essential documents reviewed. Things we would never have thought possible were forced upon us, making my family feel that even though we are citizens, we are not really American.

It’s everywhere now, the fear and the worry. There are more cracks in my identity, widening with every tweet and statement damning my religion and my culture.

Sometimes I wonder if the cracks will ever heal.

Laila Mirza is in her second-to-last year of high school, currently studying with the School Year Abroad program in France. She will complete her high school studies at the Wheeler School in Rhode Island. Her interests include rowing, baking, cooking and volunteering with the local refugee and homeless center. Her favorite classes include Politics and European History, and she eventually wants to be an international relations lawyer and, hopefully, work at the United Nations.