For peace in Afghanistan, we need all at the table

After years of conflict, Afghanistan yearns for peace. The best forum would bring the government and Taliban together in a grand assembly. 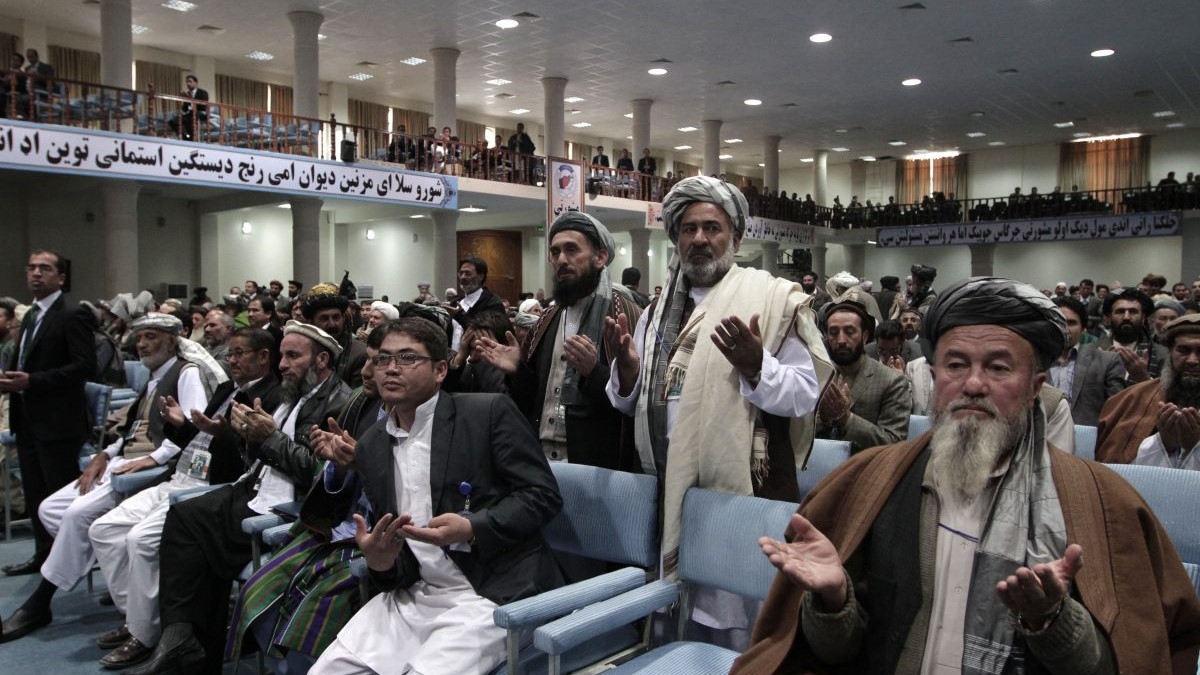 Seventeen years after the fall of the Taliban regime and the establishment of the Islamic Republic of Afghanistan, the United States, Qatar, Saudi Arabia, the United Arab Emirates, Russia, Iran and Pakistan are trying to end the 40-year-old conflict between the Taliban and Afghan government by negotiating a peace deal.

In my view, the efforts to reach a peace deal are in the interests of the Afghan people, the Afghan government and the Taliban. But to have sustainable peace, all sides must be heard.

We must formulate a strategy to ensure that the achievements of the past 17 years – including for women’s and children’s rights, the fundamental rights of the Afghan people and the development of infrastructure – are upheld.

We must ensure Afghanistan does not return to the state it was in during the 1990s.

The Taliban and government are talking past each other.

Informal conflict resolution processes in Afghanistan are decided by reference to tribal Jirgas and Pashtunwani codes. Jirgas, or assemblies of elders, predate modern-day written or fixed laws and are especially common in Pashtun areas, which extend through parts of Afghanistan and Pakistan.

This is how Jirgas work: Parties to a dispute choose impartial elders (Mirekhi Chi) who have the authority to resolve the conflict. The parties pledge money as a guarantee (Baramta) at the beginning of the assembly, to ensure the parties do not disregard a decision emerging from the Jirga.

But in Afghanistan’s more formal conflict resolution processes, the attorney general and courts resolve cases by referring to written laws. This process is time-consuming, which explains why the public increasingly refers their cases to informal resolution.

The peace negotiations between the Afghan government and Taliban are being pursued under neither informal nor formal conflict resolution processes. For the time being, the Taliban and the government are talking past each other.

The best path to peace in Afghanistan would be to set up a ‘Loya Jirga.’

According to the Afghan government, two key entities must be involved in the peace process: the government and the Taliban.

Last November, Afghan President Ashraf Ghani offered a road map for peace talks with the Taliban and presented it at the Geneva Conference on Afghanistan. A total of 61 countries attended the conference — but not the Taliban.

I asked a number of scholars about Ghani’s road map. Some said it is the best way to ensure the success of the peace negotiations. Others, more cynical, believe Ghani is using the road map to remain in power for five more years and to be recognized as a hero in Afghanistan’s history books.

For their part, the Taliban do not recognize the Afghan government as a legitimate party to peace negotiations. They consider it a puppet of the United States and insist on direct dialogue with Washington.

Last month the Taliban and United States started peace talks in Qatar, and the Afghan government has been excluded. The two sides have reportedly reached a draft agreement involving the withdrawal of U.S. and international troops from Afghanistan and the Taliban not allowing other Jihadist groups to operate within the country.

The fact that the Taliban and the government are not at the same table conspires against the success of peace negotiations.

Mohammed Ehsan Saadat was born in Karmashi village of Gardez city, Paktia, Afghanistan. He has a master’s in Educational Administration Management from Kabul University and more than 10 years experience in the public sector and nonprofit organizations. Saadat is passionate about human resources, education, leadership, women’s issues, peace and conflict resolution.