News media is no match for Trump and his tall tales

U.S. presidents have often twisted the truth. But Donald Trump has flooded the media with falsehoods in a unique challenge to democratic institutions. 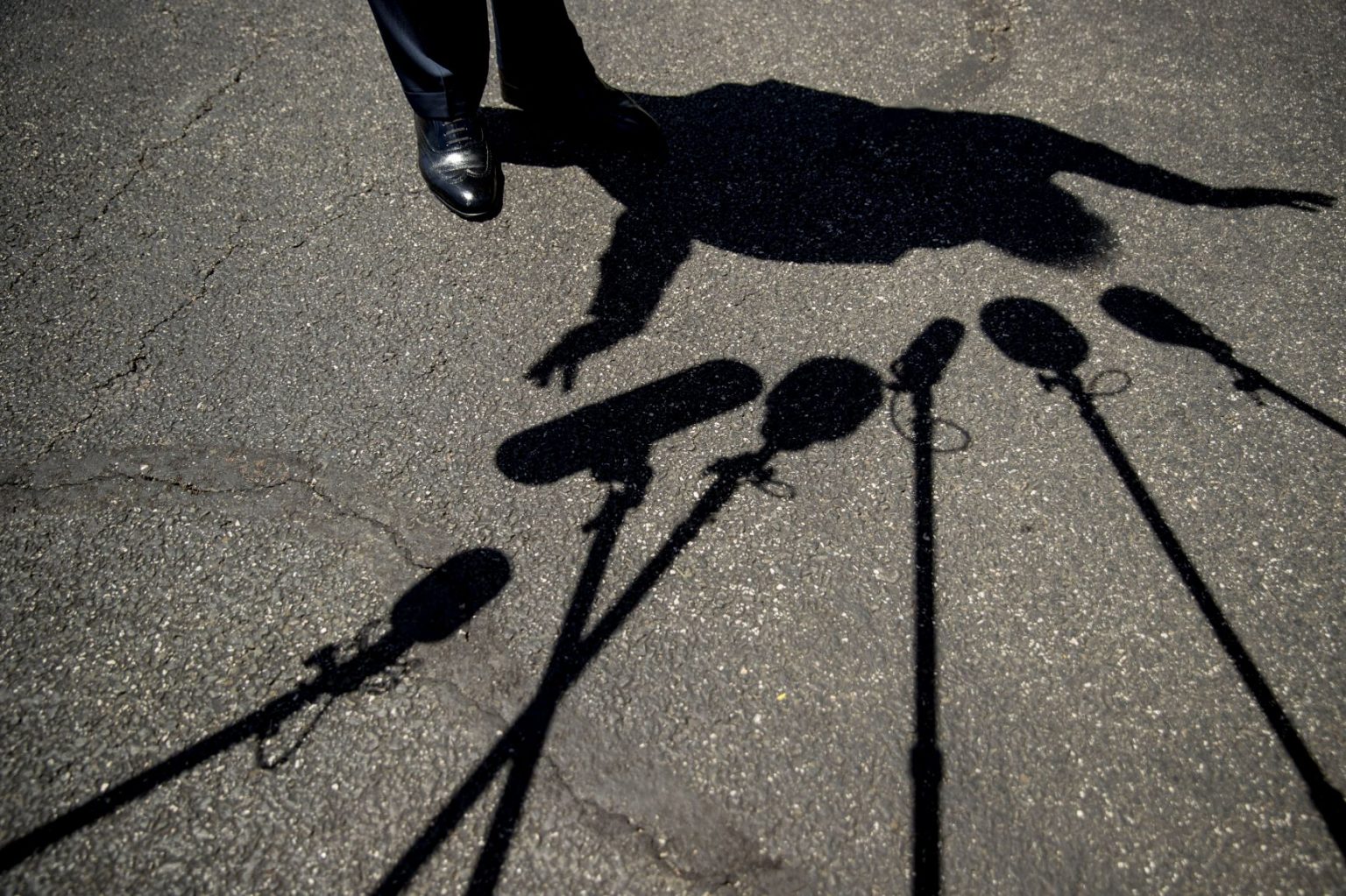 Donald Trump, the first U.S. president at home in today’s social media ecosystem, has confronted news institutions with a so-far intractable problem: how to exercise their traditional oversight of executive power in the face of a tsunami of rhetorical excess outside their control.

The Washington Post newspaper’s Fact Checker team recently tallied more than 19,000 “false or misleading claims” by the president while in office.

“We had never encountered a politician like Trump — so cavalier about the facts, so unconcerned with accuracy,” the team says in a new book documenting its work. “Presidents previously sought to speak with authority; Trump wants to brag or berate, usually armed with false information.”

America, its political culture, institutions and people are worse off as a result. How has it come to this?

The media is fighting a 21st-century battle with 20th-century weapons.

Media critics, academics and the president’s political opponents lament what they see as the failure of the Washington press corps to hold him to account or subject his policies, claims and actions to critical examination.

But that critique goes only so far because it overlooks the structural nature of the problem: The mainstream media is fighting a 21st-century battle with 20th-century weapons.

The rise of America’s influence after World War Two, and the arrival of television, together ensured that modern U.S. presidents would spend their tenure consigned to earth’s largest fishbowl.

Known since the Cold War as “leader of the Free World,” a president’s every word, from formal speech to minor address or off-the-cuff remark, became both widely available and imbued with enormous power and significance. A president’s cultural influence – John F. Kennedy’s optimistic promise of a New Frontier or Barack Obama’s “presidential cool” – can reach around the world.

Some officeholders, Kennedy among then, thrived amid the attention and deftly exploited the presidential bully pulpit. His handwritten “I am a Berliner” speech in 1963 electrified worldwide opposition to the Soviet-inspired wall that divided the former German capital.

At the same time, Kennedy’s youthful style and energy, and that of his glamorous wife Jackie, projected an image of American optimism and hopeful generational change.

Others, such as Richard Nixon and George W. Bush, at times stumbled when faced with the hot glare of studio lights or the acuity of live microphones and cameras.

Foreign governments – adversaries as well as allies – relied on presidential rhetoric, signs and symbols for important clues about American intentions and policies. For many ordinary Americans, the president is a stand-in for the U.S. government – a relationship underscored at times of national distress or crisis such as the 2001 terrorist attacks, Hurricane Katrina in 2005 or today’s coronavirus pandemic.

So, what a president says and does is important, not just in America but around the world.

Is it ‘newsworthy’ just because a president says it?

For decades, members of the White House press corps have faced a dilemma. Is it their role to convey, accurately and immediately, the presidential message “as is?” Or do they have a mediating function, acting as gatekeepers or arbiters of fact, rhetorical exaggeration and outright falsehoods?

Is it “newsworthy” just because a president says it? Or is there a place for context, counterpoint or countervailing comment?

In early 2001, after seven years as Reuters bureau chief in Turkey and Iran, I ran smack into these questions when I became a news editor in the agency’s Washington bureau. Covering Turkish Prime Minister Tansu Ciller or Iranian President Mohammad Khatami, as rewarding as those assignments were, was nothing like reporting from the epicenter of the global superpower. The stakes In Turkey and Iran were lower and the audience incomparably smaller.

Still, the attitude of Western reporters, and often their Turkish and Iranian counterparts, toward political rhetoric in both countries stood in sharp contrast to what awaited back in Washington.

It would have amounted to journalistic malpractice to report “as is” Ciller’s baseless assertion that the Kurdish Workers Party rebels, a rag-tag but tenacious force in Turkey’s restive southeastern provinces, maintained their own fighter planes. Similarly, Khatami’s claim – contrary to evidence from Reuters’ own sources – that no one was killed in the brutal suppression of street protests in 1999 was far-fetched.

Correspondents, their editors and readers just about everywhere seemed to recognize that political leaders were expected to exaggerate, obfuscate and even lie.

Could that same innate skepticism, I wondered, translate into American presidential news coverage?

U.S. presidents do resort to exaggeration, deception or outright lies.

Not long after my arrival, I asked a veteran White House colleague how he distinguished the “new” from the newsworthy. “If the president says it, we report it,” he explained, adding it was ultimately up to others to determine a statement’s intent, value or meaning.

That’s not to say that he and his fellow White House reporters saw themselves as mere stenographers – a charge at times leveled against them by other journalists and media critics – but that injecting context or skepticism was not central to their brief.

Given the nature of politics and diplomacy, it would be naïve to think that American presidents are above resorting to exaggeration, deception or outright lies, whether to further goals, mask shortcomings or prevent embarrassment.

Lyndon Johnson misled the American public about the scope of the war in Vietnam; Nixon covered up the Watergate break-in; Ronald Reagan lied about the sale of weapons to Iran, in violation of a U.S. arms embargo; Bill Clinton lied about his sexual involvement with a young aide. The list goes on.

Still, looking back at my own experience in Washington – I left the country in 2006 and the field of journalism a year later – I cannot help but think that the unchecked flow of presidential “speech” and image-making that has dominated the news cycle for 60 years has reached its logical conclusion with the Trump presidency.

Trump has severed the link between ‘speech’ and ‘news.’

From the beginning of his candidacy, Trump made it clear that he would not be bound by established norms of political practice, that he was playing by new rules – his rules. Slow to adapt, the media machine that revolves around the White House never had a chance.

Some of that is understandable. In the past, when a president addressed an important issue of foreign policy, say the North Korean nuclear weapons program or Chinese trade practices, the resulting comments or remarks generally reflected hours of behind-the-scenes staff work, internal policy debate and consultations with cabinet members and senior aides.

The phrasing, setting or delivery might be unique to the president and his speech writers, but the underlying message was not accidental. In such cases, a president’s reported speech typically conveyed substantive value: If he said it, it must be news.

Today, more than three years into the Trump presidency, that notion seems a quaint throwback to a bygone era.

Instead, the president has managed to sever the implied link between “speech” and “news,” between form and content. His words are still reported faithfully, but now there can no longer be a presumption that they are newsworthy. By relying increasingly on Twitter, the president bypasses the news media and connects directly to millions of followers.

The media has failed to hold Trump to account.

The coronavirus pandemic provides a striking example of this new phenomenon. The U.S. outbreak of the virus, for which there is as yet no cure, no vaccine and no reliable treatment, marked the first major challenge not created or set in motion by the president himself.

At first, Trump resorted to familiar models of the leader during national crisis. On March 16, he began daily press briefings devoted to the viral outbreak; he presented a panel of experts, led by a world-renowned authority on infectious disease, to address crucial matters of public health; he called for national solidarity; he spoke of cooperation with the nation’s governors, Democrats and Republicans alike, and with foreign heads of state.

It did not last.

Soon enough, the briefings dispensed with health news and policies – and then with the health experts altogether – to make way for presidential-style campaign rallies, political and personal score-settling and an exaggeration of national progress against the virus.

In Trump’s own narrative, the United States leads the world in testing for the virus; the virus itself will fade away in the summer heat; it’s not that serious a health risk; he has done a “tremendous” job in combating the outbreak; he touts unproven, even dangerous, miracle cures; and he bears “no responsibility” for the disaster that is befalling the nation.

None of this is true. As of this writing, more than 123,000 Americans have died from the coronavirus, by far the highest death toll in the world, with no end in sight.

Critics have dismissed Trump’s approach to the crisis as “magical thinking,” as form without content. It is also the result of the failure of America’s democratic institutions, including the news media, to hold Trump to account, a failing long in the making, just waiting to explode. 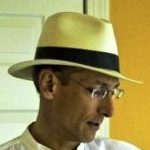