New barriers in Europe keep people out, not in 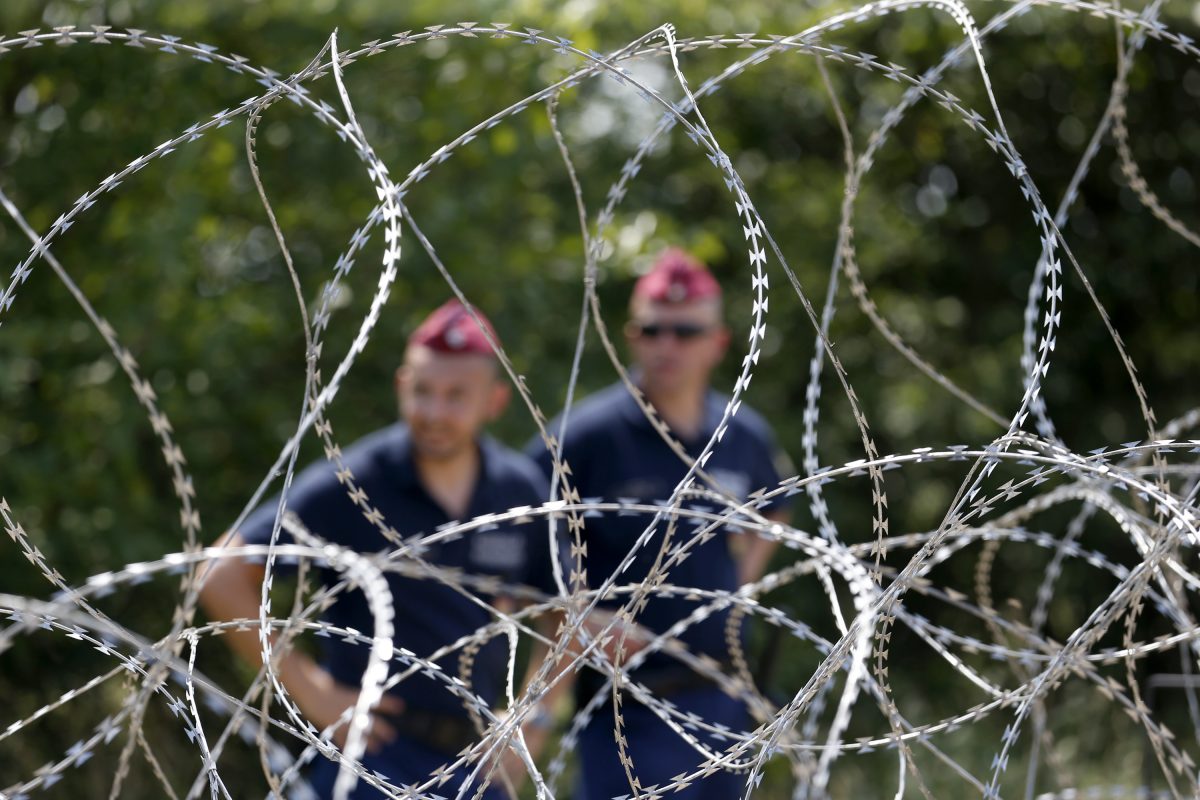 A quarter century after the fall of the “Iron Curtain” and the Berlin Wall separating Communist East Europe from the West, new barriers are going up across the continent.

In stark contrast to the old barriers erected by the Soviet bloc to keep its people in, the new walls are aimed at keeping people out—in this case tens of thousands of migrants and asylum-seekers fleeing war and poverty in Africa, the Middle East and Asia.

The latest country to join the trend is Hungary, a target for migrants because of its membership in the Schengen group of European Union countries that have abolished visa controls between them.

The irony is that it was Hungary’s decision in 1989, when it was still a Communist country under Soviet occupation, to open its border to the West that set in motion events that brought down the Berlin Wall and the Iron Curtain a few months later.

Faced with a growing number of migrants from Asia and Africa and refugees from Syria, Greece erected a 12.5-kilometer long barbed wire fence along part of its border with Turkey in 2012.

While the move had some impact on the numbers coming in overland, it did little to stem the flow of those reaching the Greek islands by sea.

“Building walls is not a solution.”

According to the United Nations High Commissioner for Refugees, more than 77,100 immigrants and asylum-seekers have reached Greece by sea since the beginning of this year, some 60 percent of them from Syria.

At the same time over 60,000 refugees crossed by sea to Italy, a longer and far more dangerous journey during which more than 1,800 lost their lives.

In 2014 Bulgaria began building an even more radical barrier along its border with Turkey, a 33-kilometer barbed wire construction, with plans to extend it eventually to 160 kilometers.

Faced with this tightening of frontiers in southern Europe, migrants looked to other countries in the region like Macedonia, Albania, Kosovo and particularly Serbia, which borders Hungary.

After some 60,000 migrants crossed illegally into Hungary this year, mostly from Serbia, the country’s right-wing government announced it could not wait for the European Union to come up with a solution to the crisis and would build a four-meter high wall along its 175-kilometer border with Serbia.

Tourists streamed across the border to Austria. None of them looked back.

There was also surprise and dismay among some of Hungary’s neighbors as they recalled the decision of its government in the summer of 1989 to open its border with Austria, the first real break in the Iron Curtain, to allow out thousands of East Germans who had occupied the West German embassy in Budapest for weeks.

I was in Hungary at the time and watched as East Germans, who were allowed to visit fellow-Communist Hungary as tourists, streamed across the border to Austria on the way to West Germany. None of them looked back.

A few weeks later East Germans stormed the West German embassy in Prague. Following government-level negotiations, the refugees were allowed to leave for West Germany by train, a move that caused riots in Dresden, East Germany, as people tried to board the trains.

With anti-government protests building elsewhere in the country, and with neighboring Czechoslovakia now off limits to its citizens, the beleaguered East German government finally bowed to pressure and opened the Berlin Wall in November 1989.

By the end of the year, Communist regimes across Europe under Soviet occupation following World War Two had fallen.

Colin McIntyre led coverage of the end of communism in Eastern Europe as chief correspondent in the region in the late 1980s. During 34 years at Reuters, he covered the last days of the Vietnam War and was posted to Indonesia, Ireland and London.