Memoir offers insider look at presidents, a queen and a pope 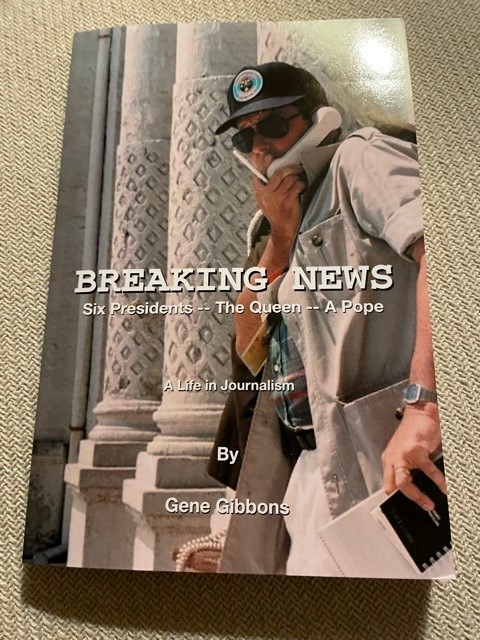 He covered six U.S. presidents as a White House correspondent, and now he has written a memoir that offers an inside look at modern American history and portraits of presidents, a queen and a pope.

News Decoder correspondent Gene Gibbons has distilled three decades of reporting from the White House into a 260-page book, “Breaking News: A Life in Journalism,” which is available on Amazon and Barnes & Noble.

“The memoir of a longtime Reuters White House Correspondent, this book is loaded with stories about presidents and other U.S. political figures, the Queen of England and a sainted Pope,” according to the summary on Amazon.

He had an insider’s view of Watergate, the end of the Vietnam War, two global oil crises, the Iran hostage crisis, the Iran-Contra scandal and Clinton’s impeachment. For a 2016 interview with Gibbons, click here.

Presidents, a queen and a sainted pope are featured in the memoir.

Gibbons recently wrote about attending elementary school with U.S. President-elect Joe Biden, concluding that the former vice president will be a caring leader as president.

I asked Gibbons what message his book has for young people around the world. “There’s no substitute for old fashioned shoe leather journalism — gathering as much information from as many sources as possible, subjecting it to dogged fact-checking and reporting it with scrupulous honesty,” he said.

On January 15 — five days before Biden is inaugurated — Gibbons will join Mark Weinberg, who was a spokesman for Reagan, at an exclusive News Decoder round table on the U.S. presidency, featuring students from our 19 partner schools.

During his career, Gibbons served as president of the Radio-Television Correspondents Association and as a Presidential Debate panelist in 1992. An ex-U.S. Army officer, he once served as press aide to U.S. Vice President Hubert Humphrey.