News Decoder empowers youth around the globe, and our Student Ambassadors make it all possible. Meet the team for the coming academic year.

They are among the two dozen Student Ambassadors who will spearhead News Decoder’s program at their schools during the 2020-21 academic year, ensuring News Decoder fulfills its mission of educating and connecting youth around the world.

Student Ambassadors are active participants in the world.

Michelle Hadebe, a South African student at the African Leadership Academy in Johannesburg, is interested by the leadership opportunity because she believes “in the power of youth telling stories that matter to them.”

“I want to lead and be part of a movement of young people who are not just observers but active participants in the world around them,” Hadebe said.

Each year, students at News Decoder’s 19 partner schools form an international cohort of youth leaders who serve as critical links between their communities and News Decoder. They promote our program on campus, help organize webinars and workshops and strengthen student and faculty engagement.

Ahead of the 2020-21 academic year, Student Ambassadors and faculty are attending orientation workshops to learn more about our services and resources, and how to integrate them into any classroom.

Christina MacCorckle, a U.S. citizen who grew up in China, joined the session from Ojai, California. Entering her third year at The Thacher School, she plans to study political science and foreign policy after high school.

Evan studies the security environment of East Asia and works as a research assistant for the 21st Century Japan Politics and Society Initiative (21JPSI). 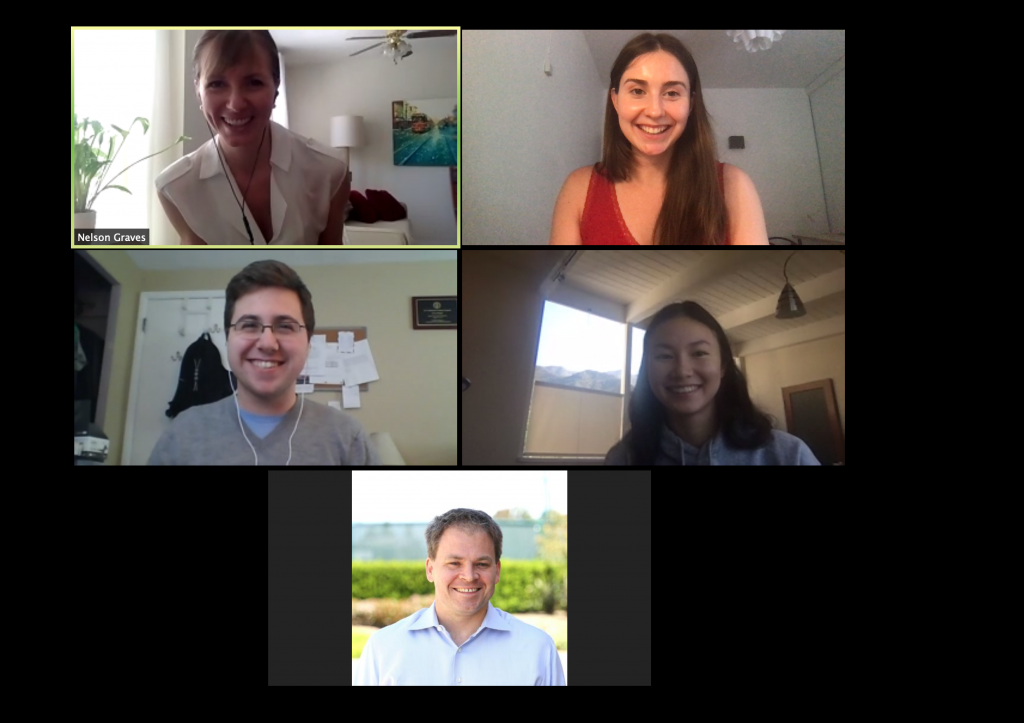 Student Ambassadors and faculty in an orientation workshop

To become an Ambassador, a student must be reliable and hard-working, and demonstrate strong organizational and communication skills. They are invariably in-the-know, connected, resourceful and entrepreneurial.

At The Hewitt School in New York, Hanna Rahman, who writes for her school’s newspaper and is interested in journalism and law, plans “to educate her community about global events through News Decoder.”

Elaine Zheng from Shanghai, China, wants to use News Decoder’s platform “to connect her Westover School classmates with youth around the world.”

In South Korea at Chadwick International, Ashley Lee sees “journalism as a powerful tool to bring about constructive political and social change” and hopes to “empower her own voice with News Decoder.”

Student Ambassadors are leaders who uplift others.

The students dream of becoming diplomats, neurologists, writers, political analysts and foreign correspondents. News Decoder aims to help them realize their goals by strengthening skills and behaviors that make them better global citizens.

“I eagerly look out for the buzzing sound from my email account every day to notify me of the latest post by News Decoder’s reporters,” said Eugenia Roberts of the African Leadership Academy.

“I wish to broadcast this platform to young people in Sierra Leone. I hope to start a News Decoder club back home because I believe that Sierra Leonean youth, not only me, need access to this enriching platform.”

Savannah Jenkins is News Decoder’s Communications Manager. A dual American-British citizen, she studied International and Comparative Politics at the American University of Paris. She initially joined News Decoder in 2018. She recently completed a stint volunteering in Greece, where she provided emergency relief to refugees, and will soon start a Masters at Panthéon-Assas University in Paris in Media and Globalization.