Malaysia has stunned the world with a political tremor that has reunited two foes and which bucks a trend towards authoritarianism in Southeast Asia. 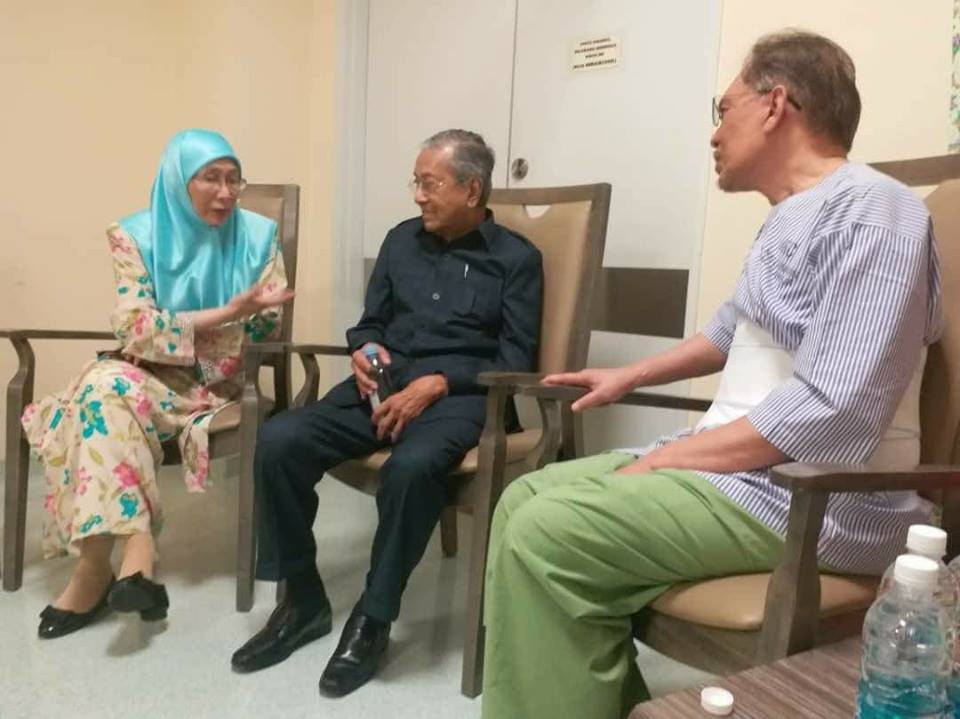 This is the first of two articles on the stunning return of Mahathir Mohamad to power in Malaysia and his unlikely renewed alliance with his protégé-turned-nemesis, Anwar Ibrahim.

The first time I met Mahathir Mohamad at his office on the 86th floor of Kuala Lumpur’s iconic Petronas Towers, I was taken aback by his mild manner and soft voice.

The then 86-year-old was clad in his trademark safari suit. But could this really be the sharp-elbowed, caustic autocrat who jailed opponents and increasingly cracked down on free speech through his 22-year rule?

For that interview in 2012, he refused to be drawn into any direct criticism of then Prime Minister Najib Razak, his one-time protégé who appeared caught between reformist instincts and appeasing the conservative rump of the long-ruling ethnic Malay UMNO party.

When I next met Mahathir, 18 months later, something had changed.

Dr. M, as the trained physician is widely known, was far more pointed in his discontent with the “poor performance” of Najib, who by then had unconvincingly won a second term and was openly spurning Mahathir’s counsel.

Najib was rowing back on plans to open up political discourse and end Malaysia’s system of privileges for majority Malays, and had begun to be tarnished by the “1MDB” corruption scandal that would grow to grotesque proportions.

In hindsight, Mahathir had already begun the head-spinning political reincarnation that would see him lead the opposition to election triumph last week, becoming the world’s oldest elected leader at 92 and ending the six-decade grip on power held by UMNO that he did so much to entrench.

Back in 2013, that would have been dismissed as fantasy, not least by Mahathir himself.

He was an influential elder statesman in the mold of Singapore’s late Lee Kuan Yew. Yet surely there was no second act for a nonagenarian who seemed out of touch with social media-savvy younger Malaysians of all races who were leading calls for political change.

That he achieved it is testament to his unerring energy and the enduring hold he has over ethnic Malays in rural areas who hold the key to the country’s elections.

As Najib grew more autocratic and new revelations emerged about his alleged enrichment from the multi-billion-dollar 1MDB scandal, it became easier for Malaysians of all stripes to look back with nostalgia on the Mahathir years that saw the country emerge as an Asian “economic tiger” even as cronyism flourished.

His unlikely reconciliation with de-facto opposition leader Anwar Ibrahim, his estranged former finance minister whom he had jailed in 1999, set the seal on his comeback.

For now, Malaysians are basking in the euphoria of an unprecedented political upheaval that has bucked a trend towards authoritarianism in Southeast Asia. Once that fades, it will likely become clearer that Mahathir and the unwieldy opposition coalition he led to power are strange bedfellows indeed.

Will Mahathir make way for Anwar?

Malaysia politics is defined by race. The UMNO-led Barisan Nasional coalition based its rule on a system of affirmative action for Malays that effectively made minority Chinese and Indians second-class citizens.

Will Mahathir, who did much to develop and take advantage of that system, now be willing to roll it back in line with the interests of the multi-ethnic opposition?

In recent years, he complained that the system – along with UMNO – had become corrupt, but he has long worried about the consequences for social stability if Malays feel they are falling behind.

Will he really make way for Anwar once his latest prison stay ends? And will he be able to keep his autocratic tendencies at bay once the political honeymoon wears off and the new government faces criticism and internal divisions?

Even this early on, there are signs of tension between Mahathir and the the fractious opposition coalition.  A senior opposition politician has reportedly accused him of “bulldozing” through the appointment of an ethnic Chinese as finance minister without consulting the main ethnic Malay opposition party.

And Mahathir is also reported to be trying to shore up his own political base by persuading Sarawak state’s Governor Taib Mahmud to throw his party’s weight behind the new government.

Taib has ruled resource-rich Sarawak as his personal fiefdom for decades, generating a string of major corruption allegations and providing crucial support over the years for UMNO.

The old doctor may yet have some surprises up his sleeve.