Donald Trump has scored few foreign policy wins with his transactional approach. A peace deal between Israel and the UAE is a feather in his cap. 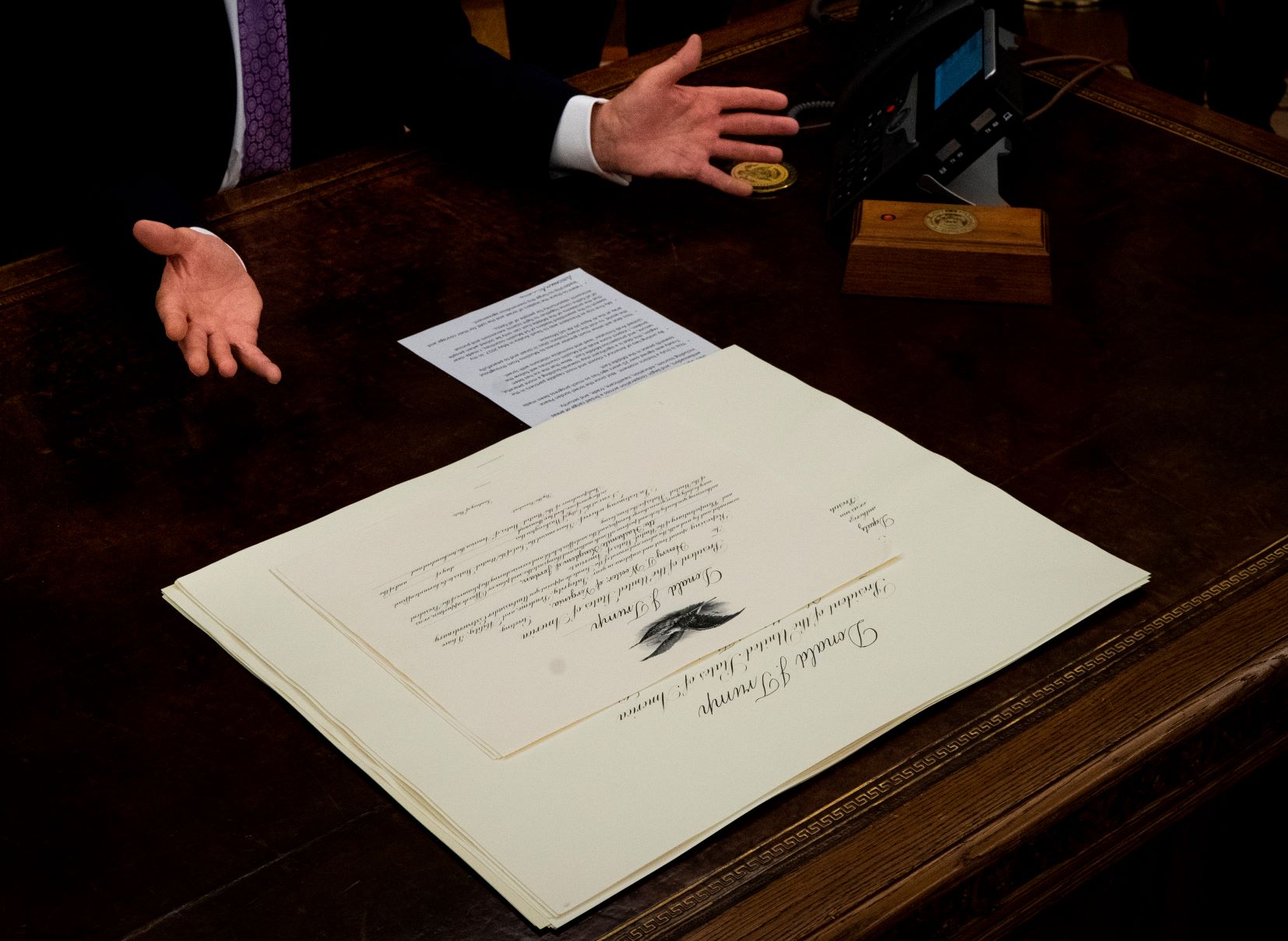 When it comes to diplomacy, no U.S. president has approached things in quite the way that Donald Trump has. Long gone are the days in which career diplomats and in-depth analysis drove foreign policy decisions.

In Trump’s unique worldview, relations with foreign powers – and just about everything else, for that matter – rest on his own personality. As he said at the 2016 Republican National Convention: “I alone can fix it.”

“I’m the only one that matters, because when it comes to it, that’s what the policy is going to be,” Trump said in 2017, explaining why he wasn’t particularly concerned about appointing senior officials at the State Department. “You’ve seen that, you’ve seen it strongly.”

But the Trump approach to foreign policy has often fallen well short of the rhetoric.

That is until August, when the United Arab Emirates (UAE) and Israel signed an agreement, brokered by Washington, to normalize diplomatic ties and forge a new relationship. With the deal, the UAE became only the third Arab country – after Egypt and Jordan – to normalize relations with Israel after decades of official hostility.

For the Middle East – and indeed, the world – the deal is significant. It marks a rare reversal in official Arab hostility to Israel, which has lasted, more or less uninterrupted, since Israel was established in 1948.

Other Arab countries, particularly Lebanon and Syria, remain hostile to Israel, with frequent flare-ups and the possibility of a larger war always present.

Peace between Israel and Palestinians, however, has remained elusive and plagued by periodic Intifadas ­­­– or uprisings – that flared in 1987 and 2000, as well as large-scale military operations by Israel against various Palestinian militant organizations. Over the last several weeks, Israel’s military has struck sites in the Gaza Strip in retaliation against incendiary balloons launched by militants hoping to set fires on Israeli farmland.

‘A pretty huge win’ for Trump

In a statement on the latest deal, Israeli Prime Minister Benjamin Netanyahu and Abu Dhabi Crown Prince Sheikh Mohamed bin Zayed said the “diplomatic breakthrough” was achieved “at the request of President Trump.”

At a time when the U.S. President is facing an uphill battle ahead of elections in November and criticism of his handling of the COVID-19 pandemic, the deal gives him a chance to claim a much needed victory.

“The U.S. network (of allies in the Mideast) has been greatly bedeviled by disunity. You have parts of the coalition that are at odds with each other, and big chunks – like Israel and the Gulf states – that don’t even have diplomatic relations. That’s been a real problem.”

Ibish said the UAE-Israel deal was a “huge step” that shows that Trump’s unorthodox approach to foreign policy can be effective, even though it has been criticized by career diplomats and Washington insiders who prefer more traditional, less personality-driven methods.

“It’s a significant, personal gain for Trump,” Ibish said. “He can say now to his critics, in effect, that actually his system of transactional, personalized diplomacy pays off. He will be able to say it implicitly, and his supporters are already saying it openly. He’ll say that these people owed him and that he asked them to do it. It pays off sometimes. It didn’t with [North Korean leader] Kim Jong Il, it’s not working with Iran, but it worked here, and that’s a good thing.”

A chance for Arabs in UAE, Israelis to understand each other

The UAE and Israel could ultimately emerge big winners from the deal. Near-term plans include working together on coronavirus-related research and vaccines, forging telecommunications links and exchanging embassies.

The two countries will cement an alliance against their common rival Iran — also in Washington’s crosshairs — and are expected to strengthen military ties that could see the United States sell advanced F-35 fighter jets to the UAE.

In the case of the UAE – and to a lesser extent, Israel – the alliance is seen as a defense against the sort of political Islam advocated by regional rivals Turkey and Qatar.

Thanks to the normalization of bilateral ties, many young people will be able to learn and exchange ideas with peers who in the past were off limits. In the UAE, for example, Israeli websites were blocked until the deal was announced, as were calls to Israeli phone numbers.

Presumably, young Emiratis will be able to visit Israel sooner or later, and Israelis will gain access to another Arab country. Until recently, only a very limited number of Israeli citizens were allowed to visit the UAE, mostly professional athletes competing in international competitions such as the UAE Tour cycling event.

In the long run, proponents of the deal, young and old alike, are hoping Arabs in the UAE and Israelis will come to understand each other better. Closer relations could promote normal ties between Israel and other Arab states that remain hostile to it.

“Business is an amazing way to normalize the relationship between two human beings, and maybe that is a way to bridge whatever gap there might be as a result of accumulated history,” an anonymous Emirati businessman was quoted as saying by the Wall Street Journal. “I was hoping in my heart that something like that would happen… I wanted people to connect and understand each other.”

Palestinians feel left out in the cold.

Still, warmer ties between the two countries are far from universally popular in the Arab world. Opponents of the deal say the Palestinians were left out in the cold. It’s Palestinians who are in daily conflict with Israel and who would need a peace deal to change realities on the ground.

“Public opinion and the Arab world as a whole – and among people of conscience – know that this is a sellout,” Palestinian advisor Hanan Ashrawi told the Washington Post.

Another Palestinian, Ayman Ramiyeh, told National Public Radio that he does not consider the deal to be effective because it will not change the day-to-day realities of the conflict for him.

“Making peace with Israel is not a bad idea at all,” he said. “But not like this ‘peace’. Peace whereby you give me my country (and) give me my rights. Not like this.”

Bernd Debusmann Jr. is a Washington DC-based journalist. Until July 2020, he was Deputy Editor and Chief Reporter for Arabian Business, a Dubai-based economics and politics magazine. Previously he worked for the Khaleej Times, a UAE newspaper; as a producer on the Reuters Latin American TV desk in Washington; as a Reuters text reporter in New York and later in his native Mexico, first for Reuters TV and then as a freelance journalist.

← Lebanon explosion hits nation already on its knees Why do conspiracy theories thrive during a crisis? →