As an American in Tehran, I was reminded that most everyone is already in Iran keen to do business, everyone except Americans.

(All photos by Dick Simon)

As one of the only Americans in the largest international hotel in Tehran, I was reminded that most everyone is already in Iran keen to do business, everyone except Americans.

Whether we believe that the framework nuclear deal is the best we can get or sadly deficient, Iran and the rest of the world do seem to be moving ahead, assuming a final agreement at the end of June.

Turk, German and Chinese business people were congesting the elevators and filling the conference rooms. Recently Iranian President Rouhani was walking hand in hand with his Turkish counterpart (despite their differences over Syria).

Russia has announced a weapons deal, Qatar and Dubai are rushing to upgrade their ports in anticipation of legal trade with Iran, and China has already stepped in to be Iran’s largest trading partner.

Yes, the financial sanctions do bite as evidenced by half-finished buildings all over Tehran and Isfahan and Shiraz. And the Iranian entrepreneurs and business leaders we met were very ready to jump-start their dreams.

But for day-to-day life, the sanctions look pretty leaky (pass me another Coke). Kentucky Chicken and faux Starbucks will have to do until the real McCoys can buy them up.

Facebook may be illegal, but an estimated 15 million users are waiting for Rouhani to finish a 3G upgrade. The young entrepreneurs working out of incubators across the country are launching their Farsi versions of Craig’s List and Groupon.

Only Airbnb may be banned since the law does not allow unmarried couples to rent a room. Temporary marriage certificates are a time-honored workaround for this prohibition.

Iran is a well-oiled workaround economy. Sanctions have created a black market which, instead of punishing the government and its cronies, allow some to get rich. Many oppose the nuclear deal for mercantile reasons.

But the next generation is tired of the expense and hassle of this workaround economy.

Our delegation saw very little evidence of the “Death to America” billboards much discussed in American media. We did see hundreds of billboards and memorial posters with black bunting hanging from street lamps memorializing the “martyrs” from the Iran-Iraq war.

That war of 30 years ago is a daily reminder of the hundreds of thousands who died when, as Iranians tell it, Saddam Hussein, backed by the Saudis and Americans, attacked the fatherland, using chemical weapons on civilians.

They point out that no one complained when Saddam’s use of weapons of mass destruction “crossed the red line.”

That war reinforced the worst instincts of the Ayatollahs. Today government-sponsored Press TV warns viewers that Saudi-backed ISIS in Iraq, as well as in Syria and Yemen, may offer a modern-day Arab replay of that bloody war in the 1980s.

But several European ambassadors pointed out that the Iran-Iraq war is losing its hold on the younger generation.

One ambassador noted that the government had warned him with a wink that a spontaneous anti-American rally in front of his embassy was scheduled for that afternoon. Many of the rent-a-demonstrators were holding iPhones.

One young entrepreneur noted that Americans and Iranians have much in common: Iran is already privatizing its economy and the stock market has more than 300 listed companies; women drive and start up businesses.

Iran is an indoor-outdoor split personality. Outdoors, public displays of affection are frowned upon, alcohol is banned, head scarves are required, pools and beaches are segregated.

If outdoor culture in Tehran seems somewhere between Utah and Saudi, the indoor culture can veer towards Las Vegas. Indoors, the chador gives way to the latest in European fashion, wine flows, indoor pools are being built, Taylor Swift is a hit, and many women have bandages on their noses since Iran is considered the nose job capital of the Middle East.

The split personality that is Iran should remind us how important strict and intrusive verification of any nuclear deal will be, indoors and outdoors.

But an on-the-ground look at Iran and the intense business networking are reminders that the nuclear deal is not between the supreme leaders of Iran and America.

It is a compact between a fast-changing and impatient Iran and the world community. That train has left the station, and it is too late for the mullahs or the U.S. Senate to derail it.

This article was first published in Real Clear Politics. It is republished with the permission of Ned Lamont and edited by News-Decoder. All of the photographs were taken by Dick Simon in March. 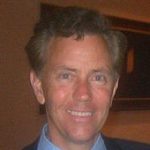 Ned Lamont visited Iran in March on a trip sponsored by the Young Presidents’ Organization. Lamont was the 2006 Democratic candidate for the U.S. Senate in Connecticut and later ran for governor. After college Lamont worked on a weekly newspaper in Vermont — a good place to learn about politics and journalism. 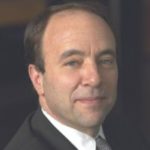 Dick Simon is chairman and co-founder of the Peace Action Network of the Young Presidents’ Organization. He has led three delegations of international CEOs to Iran since 2013.