Hungary elections are a referendum on “illiberal democracy”

As leader of Hungary, Viktor Orbán has thumbed his nose at EU values. Elections in April will test whether Hungarians want his “illiberal democracy.” 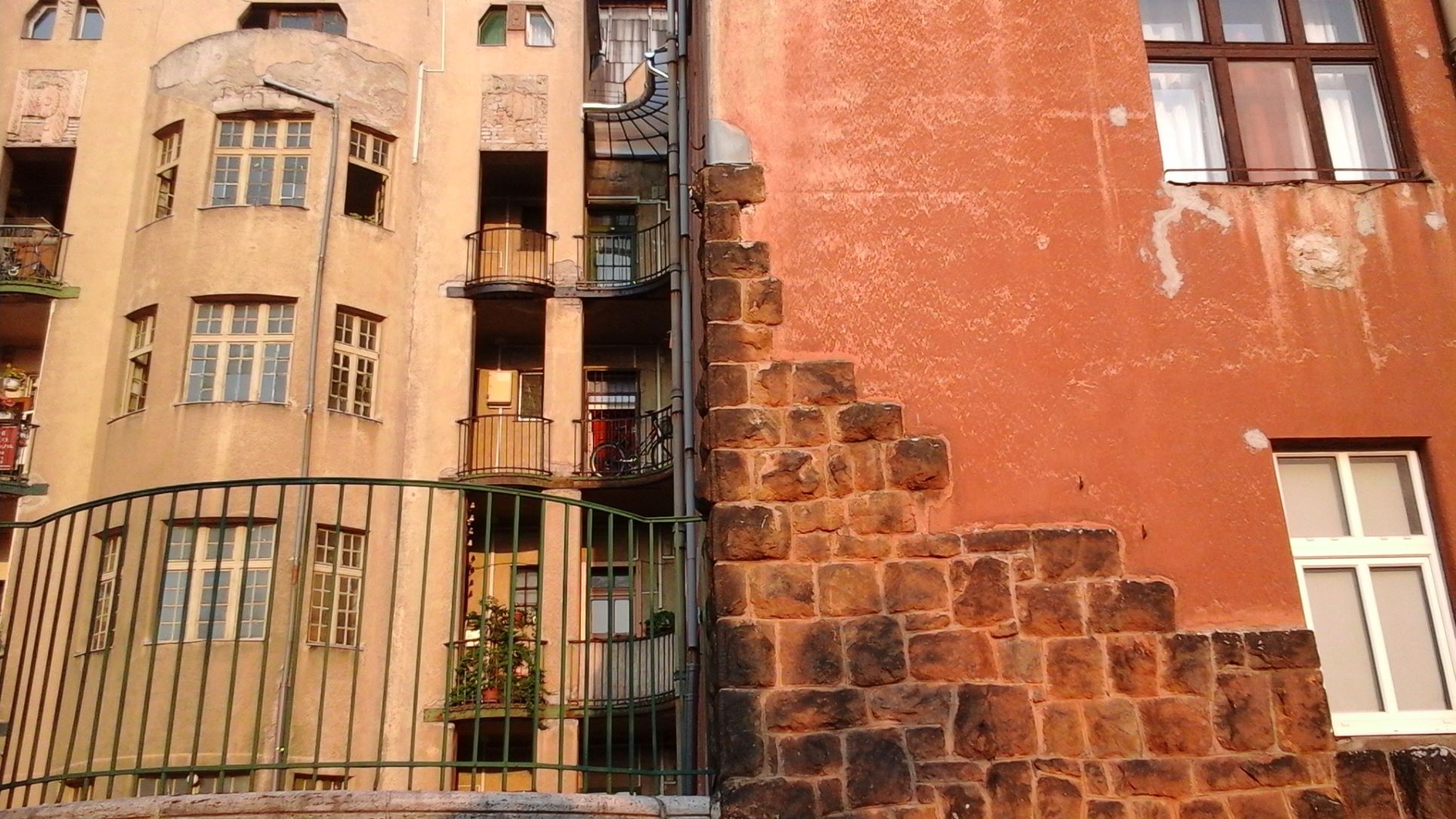 An old tenement block in the Budapest district of Angyalföld, which reflects the split in Hungarian society ahead of elections (Photo by Helen Womack)

In the Budapest district of Angyalföld — which means “Field of Angels” — the angels and devils differ, depending on who you talk to.

Some say Viktor Orbán, prime minister since 2010, is doing a sterling job, protecting the interests of Hungarians. Others say he is a dictator in the making and the country must unite around opposition leader Péter Márki-Zay.

“We need a change,” said one of my neighbours.

“What works in the West doesn’t always work in the East,” said another.

Parliamentary elections on April 3 make Hungary, a small, former Communist country in the east of the European Union, one of the most interesting places on the planet right now.

Will Viktor Orbán continue to be sympathetic towards Vladimir Putin?

This is not Russia or Belarus, where the outcome of elections is a foregone conclusion. Here, despite erosion of the pillars of democracy, there is still everything to play for, and it can’t be predicted whether victory will go to the populist, semi-authoritarian incumbent or to his pro-EU challenger.

“It’s the first time in a long time that the opposition has a real chance to win,” said Róbert László of Budapest’s independent Political Capital institute.

He was speaking before Russia invaded Ukraine. The war is likely to have an effect on the vote, perhaps making a worried population opt for the safety of the status quo rather than risking supporting an untried opposition. And fast-moving events are pushing Orbán himself to change to some extent.

The prime minister, 58, had been the most sympathetic of EU leaders towards Vladimir Putin, mainly to secure cheap energy for his country. But like all Hungarians, he remembers and holds sacred the 1956 Hungarian Uprising against Soviet control and will not want to see his country fall back into the Russian sphere of influence.

In response to the Russian aggression, he has come into line with the 26 other countries of the EU on sanctions and has stressed that NATO remains Hungary’s guarantee of security.

While Orbán sees his task as keeping Hungary out of the war, he has opened the country’s door to Ukrainian refugees, in stark contrast to the hard line he took against migrants and refugees from the Middle East, Afghanistan and Africa. Hungary shares a 136.7 km border with Ukraine.

Orbán is proud to call Hungary an ‘illiberal democracy.’

Brussels will be watching closely. Under Orbán, Hungary has clashed repeatedly with the EU over the rule of law and corruption, and it has adopted a harder line towards migrants than most, if not all, EU member states.

For years, Brussels turned a blind eye to Orbán’s “illiberal” policies, but more recently it has stepped up efforts to defend its core values. Earlier this month, Europe’s top court rejected a lawsuit by Hungary and Poland, ruling that the EU can withhold funding from member states failing to uphold the rule of law.

The wider world will be watching. Orbán is proud to call Hungary an “illiberal democracy.” So illiberal that the U.S. democracy monitoring organisation Freedom House now classes Hungary, with its hostile environment for independent media and NGOs, as only “partly free.”

Has the Orbán brand of Hungary-first populism — friendly to Russia and China; offering some economic benefits but seeking votes at the expense of migrants and the LGBTQ community — had its day?

Hungary’s opposition has united around a conservative man.

As a microcosm of Hungary, the “Field of Angels” is a good place to test public opinion. Just a tram ride from the city centre, it is an old industrial district, rapidly being gentrified. Aspiring middle class families live in smart, new apartment blocks next to working class or older people, crammed in colourful but crumbling tenements.

There are people from all walks of life: urban liberals, former Communists and supporters of Orbán’s conservative party, Fidesz. All will be offering their verdict on the past 12 years, during which Orbán says he has been defending “European, Christian and family values.”

But he may have met his match in Márki-Zay, a Catholic father of seven.

Tempting as it was to pick a woman candidate, the once-fractured opposition has instead united around a conservative man and cleverly embraced the “traditional values” card, adding a pro-EU and anti-corruption twist. (Opinion polls show a majority of Hungarians wish to remain in the EU.)

Márki-Zay, a small-town mayor who leads a movement called Everyone’s Hungary, told The Observer: “I just became more and more upset with their (the Fidesz party’s) populism, their betrayal of Western values … corruption mostly.”

Some voters feel disillusioned in general. “I can’t stand what’s happening in our country,” said Csilla, 56, an accountant. “I don’t care who the leader of the opposition is. The important thing is to get Orbán out.”

‘Márki-Zay’s not your typical Hungarian politician.’

Some like the look of Márki-Zay. He has a PhD in economic history and speaks good English, thanks to time spent living and working as a manager in the United States.

“Márki-Zay’s not your typical Hungarian politician. It seems he brought something back from America,” said János, 39, a teacher. “He’s open and pragmatic and appears quite honest. He’s someone I could vote for.”

But others seem to prefer the devil they already know.

“Politics are not black and white,” said István, 45, who works in finance. “Along with the negatives, Orbán represents some positives — some of his economic policies, the way he rolled out the Covid vaccines. I wish there was a real, mature opposition, but at the moment, it is too fragile to be viable.”

Orbán rolled out Chinese and Russian vaccines before Western ones became available. Hungary has lost nearly 44,000 citizens to COVID-19, a large toll for a country of 10 million and a poor outcome in the opposition’s eyes.

Hungary’s system is weighted in favour of the ruling party.

Ahead of the election, much mud is being slung. The campaign could get even dirtier if former U.S. President Donald Trump accepts an invitation from Fidesz to visit Hungary.

Both sides have traded accusations of anti-semitism, and the government is portraying Márki-Zay as a puppet of discredited, old politicians. For its part, the opposition questions the government’s very trustworthiness to hold a clean vote.

The Organisation for Security and Cooperation in Europe will send a team of observers.

“A chorus of detractors are stoking disquiet with claims that the prime minister will not accept the outcome of elections, and that the balloting will be rigged. Don’t be fooled,” said Zoltán Kovács, secretary of state for Public Diplomacy and Relations.

“When Prime Minister Orbán is re-elected, as I predict he will be, it will be because of broad voter support for his achievements in office — economic recovery during the pandemic, jobs, growth, tax cuts and affordable energy.”

The system is weighted in favour of the ruling party, so the six diverse parties of the opposition must hold together and roundly defeat Fidesz to capture the 199-seat National Assembly, or parliament.

“Márki-Zay is too conservative. He is like Viktor Orbán, mark two, for me,” said Ágnes, 82, a pensioner and former Communist. “Since there is no candidate from the left, I was thinking of not voting at all. But after discussing it with friends, I have decided to vote for the united opposition.”

In an election where every vote counts, Ágnes has understood that abstaining amounts to endorsing the status quo.