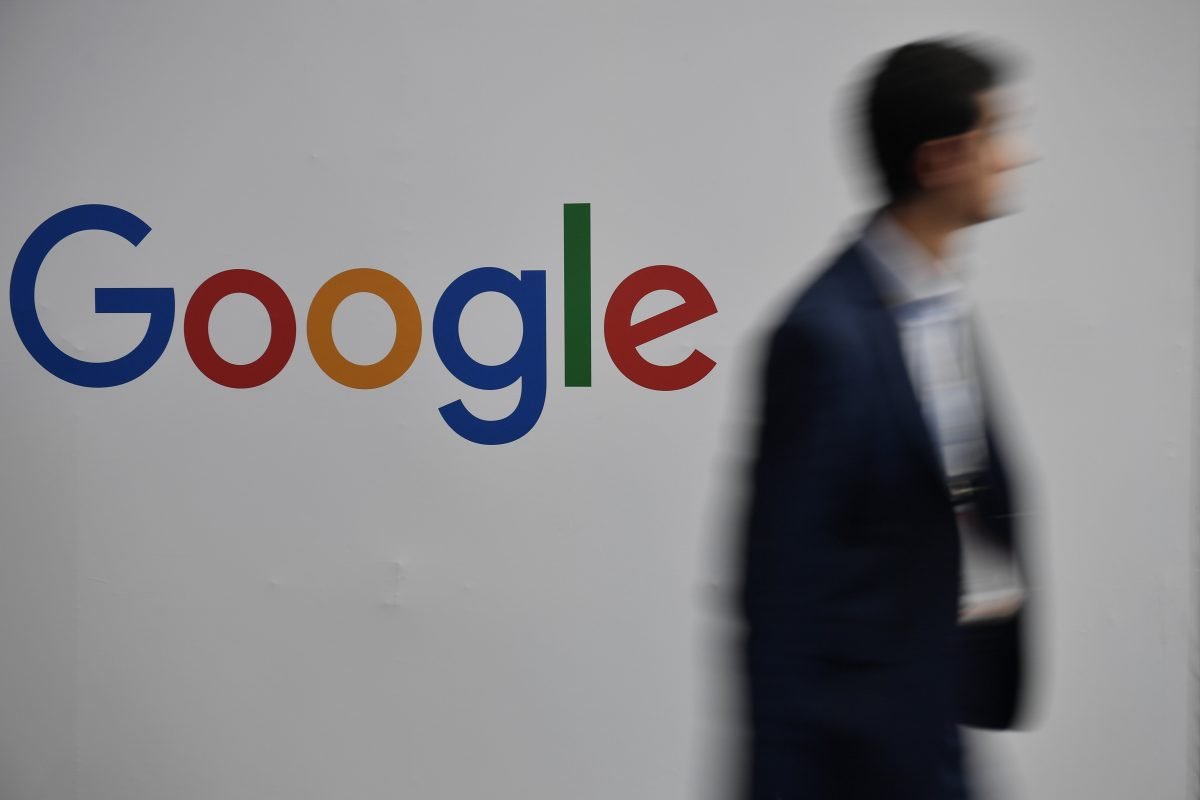 A man passes by a Google logo. (EPA-EFE/Julien de Rosa)

Google recently published Community Guidelines, an official policy to guide — and effectively moderate — the communications of its roughly 100,000 employees.

Internal company policies don’t usually make international headlines. But Google’s did, in part because the policy signals a notable shift for a company that has “historically prided itself on embracing free speech and open debates among employees,” as a CNN article put it.

Google’s decision to rein in its intellectually freewheeling culture speaks to the difficult trade-offs today’s organizations — including ours — must make between promoting unhindered expression and ensuring civility at work.

They enjoin employees to “Be helpful” and “Be thoughtful”; to “keep Google a safe, productive, and inclusive environment for everyone”; and to avoid “Discussions that make other Googlers feel like they don’t belong”.

They even insist that “We’re all free to raise concerns and respectfully question and debate the company’s activities — that’s a part of our culture.”

Will Googlers really be free to raise concerns?

But as benign as the policy sounds, it’s not hard to foresee difficulties enforcing it.

Take the meaning of some of its terms. What does it mean to not “be helpful”? Some people might regard criticism as unhelpful, while others might see it as constructive.

So, too, for avoiding “discussions that make Googlers feel like they don’t belong.” Think of former Googler James Damore’s memo about whether women are as likely as men to pursue careers in engineering.

Some critics would say this was a discussion that made women feel like marginalized members of the Google community. Others would argue the memo raised legitimate questions about whether Google has adopted optimal hiring and diversity policies.

Notably, Google bowed to public pressure over that incident and fired Damore in August 2017 — a move that belies the policy’s stated assertion that Googlers will still remain “free to raise concerns and respectfully question and debate the company’s activities.”

It is also notable that the policy contemplates a monitoring and reporting system.

According to CNN, employees will have access to a new “central flagging tool” to report content that may not align with its guidelines. What is more, the policy requires “managers and discussion owners/moderators … to intervene” if discussions or behavior don’t align with the policy.

Finally, it is significant that the policy imposes consequences on those who fail to adhere to its terms, either in the form of censorship or disciplinary action: “If necessary we will remove particular discussion forums, revoke commenting, viewing, or posting privileges, or take disciplinary action,” the policy warns.

Who wouldn’t think twice about raising a controversial idea if they felt it could lead to a discussion with the boss, suspension or worse?

Taking all these factors together, it seems all but inevitable the guidelines will have a chilling effect on speech in Google’s workplace.

But before rushing to judgment about Google’s decision, let’s bear some facts in mind.

First, companies are not governments. In free societies, governments have a legal obligation not to infringe on citizens’ speech rights, subject to such narrow limits as their legal systems may allow.

Companies, on the other hand, do not. In general, they are free to limit employees’ speech at or in relation to their work. The reason they tend to avoid doing so is this can be bad for business.

For one, workplace cultures that foster open inquiry tend to lead to better decisions over the long run. Companies concerned with making the best products, services or strategic decisions need to avoid group-think and enforced consensus.

Companies have an incentive to nurture cultures where people feel empowered to be their true selves. Permitting open discussion can be integral to that. I’d guess that Google, whose mantra used to be “bring your whole self to work,” now risks a backlash from employees who feel the company they chose to join has changed.

For one thing, corporate success typically depends in some measure on organizational discipline — lower-level employees following their superiors’ orders without debate, particularly when junior employees don’t have full information.

It takes effort to create a civil work culture.

Well-led companies will be aware of the increasing body of evidence, reflected in studies by McKinsey and others, that diverse work forces give companies a competitive edge.

Companies need to ensure they create the right workplace conditions for diverse, talented individuals to feel comfortable coming to work each day. Imposing some limits on speech can help achieve a respectful, civil culture.

In short, it is not the case that companies must or should allow all forms of speech in their workplaces. But it is also generally in their interests to minimize any limitations on speech.

Google’s policy reads like a genuine effort to get this balance right. Whether it will achieve that balance will likely come down to how the policy is enforced and adjudicated — a task that seems even trickier than drawing up the communication policy in the first place.

At News-Decoder, we spend time thinking about how to balance free speech and civility — particularly in relation to the expression we seek to foster on our news site and learning platforms.

We want young people to feel free to ask questions and debate complex topics. But we insist on civility and respect in communications and are prepared to moderate if a debate should go off the rails. Indeed, many of our messages to youth could be taken straight from Google’s guidelines.

It is possible that “rules of engagement” might prevent some members from speaking their minds. But that seems a cost worth bearing in our efforts to build a platform where young people are unafraid to engage and empowered to learn.

Lauren Heuser is the managing editor and strategy officer of News-Decoder. She previously worked as a deputy editor and columnist for the National Post, a national Canadian newspaper. Lauren has a master of business administration from INSEAD and a law degree from the University of Toronto.