For years, governments have engaged in marathon annual talks to try to end global warming. But they often fall frustratingly short. 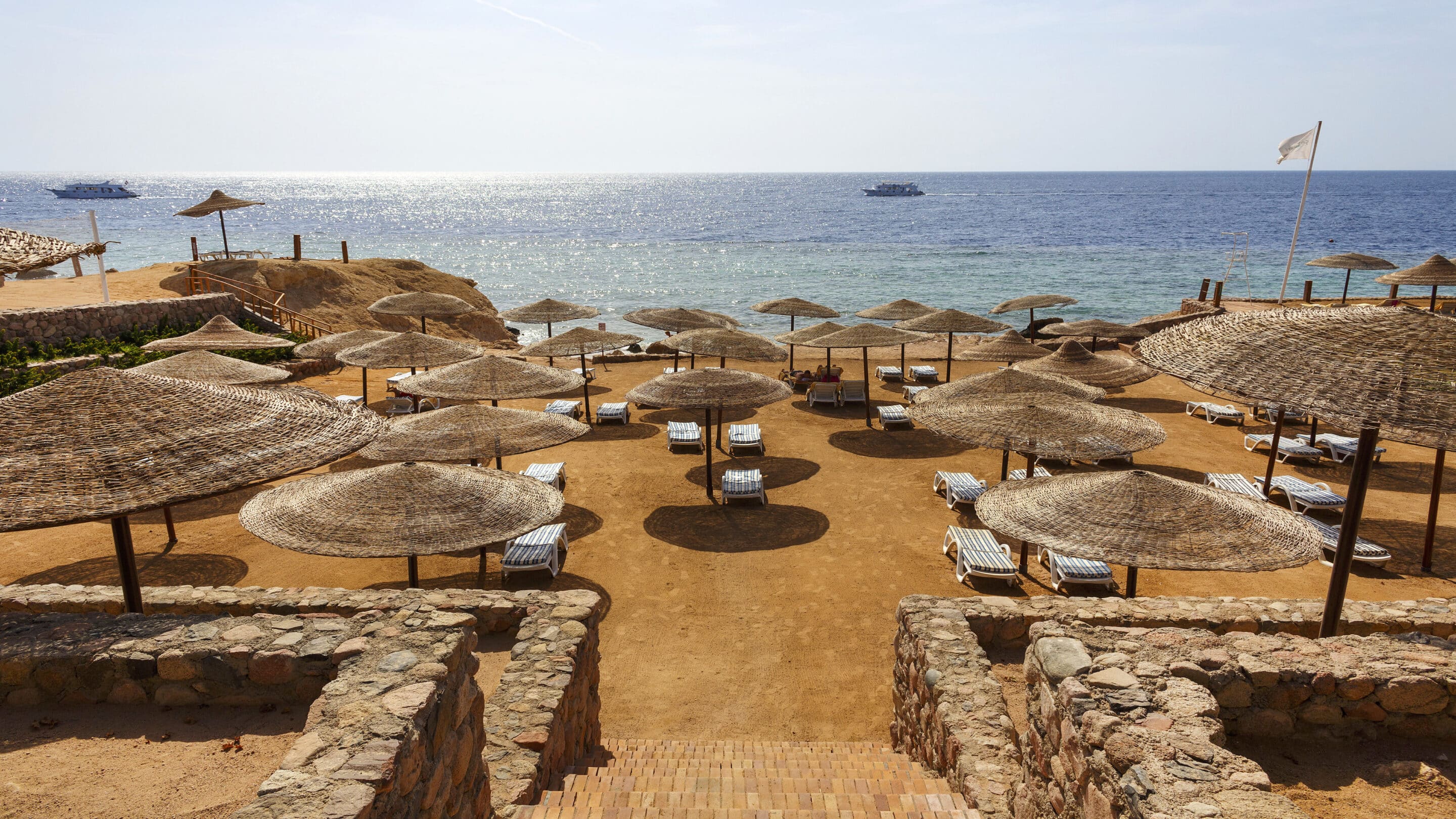 This article is the first in a series of “decoders” examining critical aspects of climate change. They are part of a project, funded by the European Union’s Erasmus+ program and managed by News Decoder and the Climate Academy at the European School Brussels II, that will create innovative resources and strategies for schools to integrate climate science into their teaching.

Christina Ora, a teenager from the Solomon Islands in the Pacific Ocean representing young people around the world, berated delegates at a climate summit in Copenhagen in 2009 for their failure to reach a robust deal to fight global warming.

“I was born in 1992. You have been negotiating all my life. You cannot tell us that you need more time,” she said in a speech.

Ora’s exasperation struck a nerve. At later meetings, campaigners a wore tee-shirts emblazoned with her quote.

More than a decade later, Swedish teenage activist Greta Thunberg made a similar point about glacial progress at the annual two-week meetings between almost 200 governments, known as COPs, or “Conferences of the Parties.”

World leaders “have now had 30 years of ‘blah blah blah’ and where has that led us?” she asked in 2021. “Our hopes and dreams drown in their empty words and promises.”

COPs, often riven by disputes or likened to herding cats, are an easy target for criticism. They are meant to find ways to avoid “dangerous” human interference with the global climate, a vague goal set by the United Nations Framework Convention on Climate Change at a summit in 1992 in Rio de Janeiro, Brazil.

A two-week meeting in Sharm el-Sheikh, Egypt, from November 6-18 will be the 27th since the first COP was held in Berlin, Germany, in 1995.

Yet despite their reputation as boring talk fests, COPs are worth following closely as the cornerstone of global efforts to fix a crisis caused by greenhouse gas emissions.

“Of course you get frustrated that there is not more progress in these conferences,” said Svein Tveitdal, head of Norwegian climate communications and green business group Klima2020, and a former assistant executive director of the UN Environment Program in Nairobi.

“But COPs are important,” said Tveitdal, who has attended most of the meetings. He said fossil fuel companies, wary of cleaner energies such as solar or wind, were the main obstacle at COPs.

The best COP, he said, was the 2015 Paris summit, COP21, which reached a landmark deal to limit the rise in Earth’s global average surface temperatures to “well below” two degrees Celsius, compared to pre-industrial times, while “pursuing efforts” for 1.5C.

Agreements between nations are difficult to reach.

Since the 2015 summit, however, most governments have failed to agree on national policies to match the bold Paris targets. Global temperatures are already up 1.2C and on track for about +2.7C by the year 2100, based on current policies, according to data compiled in late 2021 by the Climate Action Tracker (CAT), an independent scientific analysis put together by two nonprofit institutes that have been providing reports to policymakers since 2009.

The 2.7C projection assumes that governments will fully carry out their pledges for emissions cuts, something many have failed to do in the past. And many climate scientists say the need for government consensus at United Nations climate meetings means the risks are often understated. The CAT data are also based on just over a 50% chance of staying below 2.7C.

The COP in Egypt will focus on finance for developing nations and reviewing national plans for fighting climate change after a year of devastating floods in Pakistan, Europe’s hottest summer in 500 years and powerful storms lashing the Philippines or Florida.

It will be a test of governments’ will to shift to greener energies against a backdrop of Russia’s invasion of Ukraine, soaring energy prices, inflation and food shortages.

“COPs aren’t perfect, but they are necessary,” said Tom Evans, Policy Advisor on Climate Diplomacy & Geopolitics at the E3G think-tank in London.

And there has been progress inspired by the Paris COP, Evans said. Many governments, for instance, have set national goals for net zero emissions by 2050, solar and wind power prices have plunged and sales of electric vehicles are surging.

Compare that to 1995 when just 4,000 people who attended the first COP, presided over by a youthful German environment minister, Angela Merkel. Before Paris, the main landmark was COP3 with the 1997 Kyoto Protocol, which set targets for rich nations to cut emissions in a first period until 2012.

COPs often fall short because all nations work to safeguard their varying interests.

Low-lying small island states in the Pacific, for instance, want drastic action at COPs to limit sea level rise that could wipe them off the map. But oil exporters such as Saudi Arabia or Russia often question a shift to greener energies, fearing it will harm their economies.

China and India, meanwhile, say it’s hypocritical for developed nations to tell emerging economies to cut their use of fossil fuels when countries like Britain or the United States got rich largely by burning coal, oil and gas since the Industrial Revolution.

And poor nations condemn rich nations for failing to keep a 2009 pledge to provide $100 billion a year in climate finance by 2020, from both private and public sources. In 2020, the total was $83.3 billion, according to the Paris-based Organisation for Economic Co-operation and Development.

Such tangles are at the heart of slow progress at COPs, which have to reach decisions by consensus. The differing viewpoints mean it is hard to gauge what is a good COP or a bad COP.

Climate targets are difficult to reach.

Last year’s COP, for instance, agreed the “Glasgow Climate Pact” that will “phase down” the use of coal, the most polluting fossil fuel. Many delegates, aware of how hard it is to get any agreements, hailed that as a historic step.

But critics said it falls woefully short of action needed.

The United Nations says the world’s greenhouse gas emissions need to be almost cut in half this decade to get on track for +1.5C – meaning unprecedented annual cuts of 7.6% a year. But carbon dioxide emissions rebounded to a record high in 2021.

Much of the media coverage at the end of Glasgow highlighted how India and China successfully watered down a draft text that had called for a tougher “phase out” of coal rather than a “phase down.” Even the president of the meeting, Alok Sharma, apologised in an emotional speech, saying he was “deeply sorry” for the change.

And COPs and the Paris Agreement are fragile because any nation can pull out.

Former U.S. President Donald Trump, who sometimes called climate change a hoax, led his country out of the Paris Agreement in 2020, saying he wanted to promote jobs in fossil fuels. Trump’s successor, Joe Biden, re-joined the Paris Agreement upon taking office in 2021, saying a green shift would help create jobs and protect the planet.

No other nation has pulled out.

One task of the COP in Egypt is to review “Nationally Determined Contributions” (NDCs), the government plans for reining in emissions that typically cover the coming decade and are the building blocks of the Paris Agreement. There are no punishments for failing to meet the goals in an NDC.

At the Glasgow COP, governments agreed to “revisit and strengthen” NDCs by the end of 2022. Less than a month before COP27 in Egypt, however, the verdict is “must try harder.” Only 24 countries out of 197 have so far updated their climate plans. 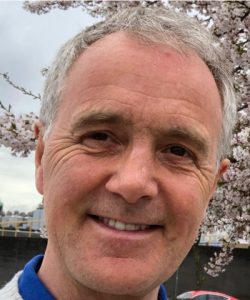