Marouane El Bahraoui worked months on an article on Libya. The Moroccan’s efforts won him a chat with the U.S. envoy — and a Decoder award.

Marouane El Bahraoui, a Moroccan student at the African Leadership Academy, wins September’s Decoder in the Spotlight award for his tireless work on an article examining war-torn Libya that drew the admiring attention of the U.S. ambassador to the North African country.

El Bahraoui spent five months researching and refining the article — “A political solution is the only option in war-torn Libya“. Working closely with News Decoder editors, he turned an academic paper into a succinct summary of the complex web of forces that has turned one of Africa’s biggest oil producers into a battleground involving local militia and foreign powers.

He interviewed experts and cited international diplomats, conducting the kind of reporting and research that News Decoder encourages students at its partner schools to do as part of its Pitch/Report/Draft/Revise method.

“Marouane was absolutely determined to push this article over the goal line,” News Decoder founder Nelson Graves said. “He showed so many of the qualities that we’re trying to nurture in students — intellectual curiosity, open-mindedness, dogged research, an ability to accept constructive criticism gracefully and a willingness to revise, revise and revise.”

‘Who thought that a U.S. ambassador would read my article?’

“I didn’t know all the network News Decoder has, with all the partner schools and all the people who could read the articles,” El Bahraoui said. “For example, who thought that a U.S. ambassador would read my article? I was expecting only young people to read the article.”

What did El Bahraoui discuss with Norland, who previously served as U.S. ambassador to Georgia and Uzbekistan? “It was not an interview,” El Bahraoui said. “He made it clear it would not be an interview. So we just talked about the politics, about Libya, we talked about Morocco.”

This is the third time the African Leadership Academy (ALA) has won the Decoder in the Spotlight award, which recognizes outstanding work by students in our network of 19 schools in 14 countries. ALA students have published more articles on News Decoder’s website than those from any other school.

One of three Student Ambassadors at ALA this year, El Bahraoui was a member of the school’s team that prepared for a News Decoder webinar on “Individual and Society” that was supposed to take place in February but which was cancelled due to COVID-19. So he decided to convert the research he had done for the webinar into an article for News Decoder’s website.

The Moroccan feels a duty to represent Africa.

As happens very often, his initial pitch reflected his keen interest in the topic but was too wide-ranging for a single article. “Talking about Libya is so vague, and Mr. Nelson helped me to focus on one aspect of the whole Libya conflict,” El Bahraoui said. “I focused on the political solution of the conflict only.”

Reflecting on the fact that ALA is News Decoder’s only partner in Sub-Saharan Africa, El Bahraoui said: “I think we have a duty … to represent the African continent, to represent African identities and African stories.”

Looking to the future, El Bahraoui has his eye set on diplomacy. After studying Political Science, International Relations and African Studies, he hopes to become a political analyst.

“Being part of News Decoder is part of our global identity,” he said. 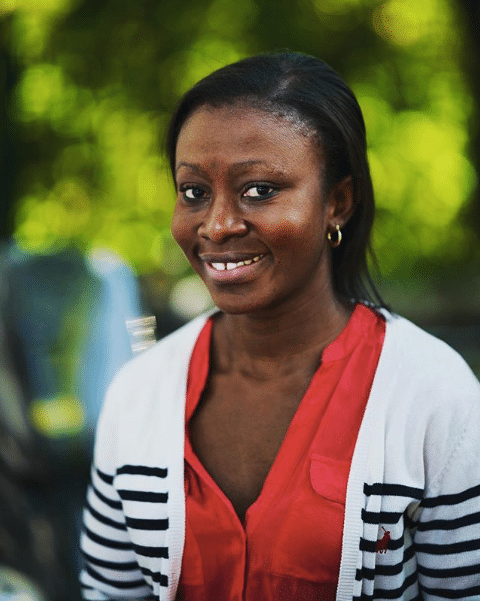 Tendayi Chirawu is News Decoder’s Communications and School Engagement Manager. A citizen of Zimbabwe, Zambia and Namibia, she has a master's degree in Global Communication & Civil Society from the American University of Paris. She joined News Decoder in July and has experience working for non-profit and for-profit organizations in Africa, Asia and Europe. Chirawu is a published author and has written for international news publications.
← Listen: How to reshape stereotypes of Africa in the media? Listen: Youth! You can drive political change! →