A political solution is the only option in war-torn Libya

Once ruled with an iron fist by a dictator, oil-rich Libya is now ravaged by war. With foreign powers meddling, a political solution is badly needed. 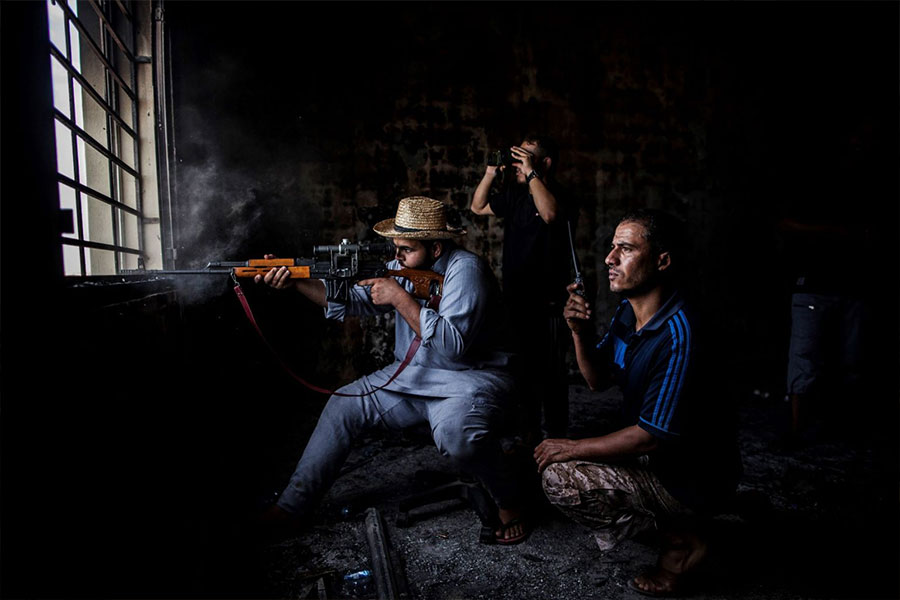 Sirte is the Mediterranean city where Libya’s former dictator Muammar Gaddafi was born in poverty and where, 69 years later, he was tortured and killed by rebels. The Sirte basin is home to Africa’s largest oilfields, the main source of wealth in the country.

The city and its surroundings are now the next prize to be fought over by Libya’s clashing factions and their many foreign backers.

The military conflict involving a multitude of political bodies and armed groups has been tearing Libya apart for more than nine years. The growing role that foreign countries have played has only made the situation worse.

As in Syria, also at war since the 2011 Arab Spring protests, the chaos in Libya has attracted outside powers eager to grab the spoils. Libya has abundant oil and access to even more offshore energy reserves, and the North African country straddles one of the main emigration routes into Europe. This makes it tempting to any outside power keen to expand its influence in the eastern Mediterranean.

“The conflict has entered a new phase with foreign interference reaching unprecedented levels, including in the delivery of sophisticated equipment and the number of mercenaries involved in the fighting,” United Nations Secretary-General António Guterres warned the Security Council last month.

In Tripolitania, or northwestern Libya, the Tripoli-based Government of National Accord (GNA) enjoys international recognition and support from Turkey, Qatar and Italy. A rival administration led by Libyan National Army (LNA) chief General Khalifa Haftar is based in the eastern region called Cirenaica, around Benghazi. It is backed by Saudi Arabia, Egypt, United Arab Emirates, Sudan and France, as well as by Russian mercenaries of the Wagner group.

The third region in the southern desert, called Fazzan, is disputed among several armed groups and tribes.

Sirte is currently under the control of Haftar’s LNA. Russia and Egypt have made it clear that the city is a red line for GNA troops advancing to retake it. However, Turkey has reportedly started transferring mercenaries from Syria in preparation for recapturing the city. Egypt has threatened to send in its troops in case the Turkish-backed GNA attacks Sirte.

During the first week of July, protesters in Benghazi took to the streets to protest against any Turkish intervention, chanting slogans such as, “Libya is not and will never be under Turkish rule,” and comparing Ankara’s strategy to the that of the Ottoman empire.

Carl Bildt, former prime minister of Sweden, put it in a wider context.

“The UAE and Egypt fear the Muslim Brotherhood will take over Libya. Turkey has an agreement with Tripoli that is a key part of its play for powers and rights in the entire eastern Mediterranean. And Russia probably wouldn’t mind another strategic port and airbase,” Bildt wrote recently in the Washington Post newspaper.

The foreign powers are not promising an overall peace plan. Moroccan journalist Anas Machloukh, founder of the Jeunes Diplomates group that discusses geopolitical issues from the youth perspective, said history teaches us that interference has always failed to solve problems.

“There are countless examples — the war in Iraq, the invasion of Afghanistan by the USSR, the war in Kosovo, the war in Vietnam,” Machloukh told News Decoder. “All these interventions ended in disasters for the intervening countries. The same is true for Libya.”

Ghassan Salamé, ex-UN special envoy to Libya, put it another way. “Once invited in,” he said, “foreign intervention is the guest that settles and seizes control of the house.”

Since Salamé resigned in March, it has been unclear who will be the next UN special envoy to Libya. The ex-foreign affairs ministers of Algeria and Ghana, Ramtane Lamamra, and Hanna Tetteh were suggested by the UN secretary-general. However, Washington refused those nominations without any explanation, decelerating the peace process as a result.

Atlantic Council Senior Fellow Karim Mezran, director of the North Africa Initiative, said GNA Prime Minister Fayez al-Sarraj has ruled out any cooperation with Haftar. At several conferences, Haftar has said this was not the time to talk but for him to liberate Libya from Islamists.

“The problem is no one in the internationally recognized GNA in Tripoli can anymore trust or sit at a table with General Haftar,” Mezran told News Decoder.

The internal political atmosphere in Libya does not help end the ongoing conflict. Libya’s majority Arabs and its Amazigh, Tuareg and other ethnic minorities all have a strong tribal loyalty, which makes divisions deeper. Gaddafi realized he had to unite the tribes, and he did so, albeit with heavy-handed tactics.

With Gaddafi gone, nobody has emerged to unite Libya again.

This does not mean that Libya is a lost cause. Aref Ali Nayed, a Libyan Islamic scholar and head of the Ihya Libya (Reviving Libya) movement, has proposed turning Sirte into a sort of Libyan Washington DC. He would make it an UN-monitored demilitarized zone housing state institutions, beginning with the Central Bank, the National Oil Company and the National Elections Commission.

Sirte lies halfway between Tripoli and Benghazi, and has never belonged to any of the country’s three main regions, so it is a rare neutral city.

“Such a Sirte DMZ will transform Sirte from being the locus of a potentially massively destructive confrontation into a solution for the stabilization and rebuilding of the state of Libya,” Ali Nayed wrote in June.

This ambitious plan includes holding presidential and parliamentary elections on December 31, 2020. However, it depends on Sirte not becoming a battlefield once again.

Political solution is needed in Libya to end war.

Mezran and a group of experts have proposed a different approach, emphasizing national reconciliation over elections or referendums. A neutral party would organize a national Libyan conference, with not only al-Sarraj and Haftar but all the local Libyan representatives and tribal leaders. Mezran has noted that conferences cannot be held without those who have a role and a stake at the local level.

“If Libyans themselves agree, a new strategy might return the country to its roots, and build the state from the grassroots up, rather than from the top down,” the experts wrote in a special report published by U.S. think tank The Brookings Institution.

Mezran said that under the plan he supports, Libya’s unruly south would be monitored by a pan-Libyan army under civilian rule that would aim to restore security in the region, create new economic opportunities and integrate the continuing flow of migrants — mostly from sub-Saharan Africa — into Libyan society.

It is hard to accept that the fate of Libyans is now in the hands of foreign forces participating in the conflict. But if they have any concern for the lives of Libyans themselves, they should put aside their arms and provide the necessary mediation to reach unity and peace in the country. 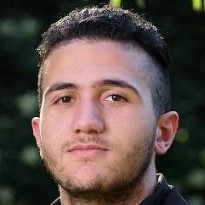 Marouane El Bahraoui is a second-year student from Morocco at the African Leadership Academy. He is a human rights activist and member of Amnesty International Morocco. He is passionate about politics and international relations, and aspires to become a political analyst or diplomat. He enjoys reading about stoicism and surfing.