Decoder: How does the U.S. Electoral College work?

A candidate can win the U.S. presidency without winning the most votes. Americans don’t like the Electoral College, but it seems here to stay. 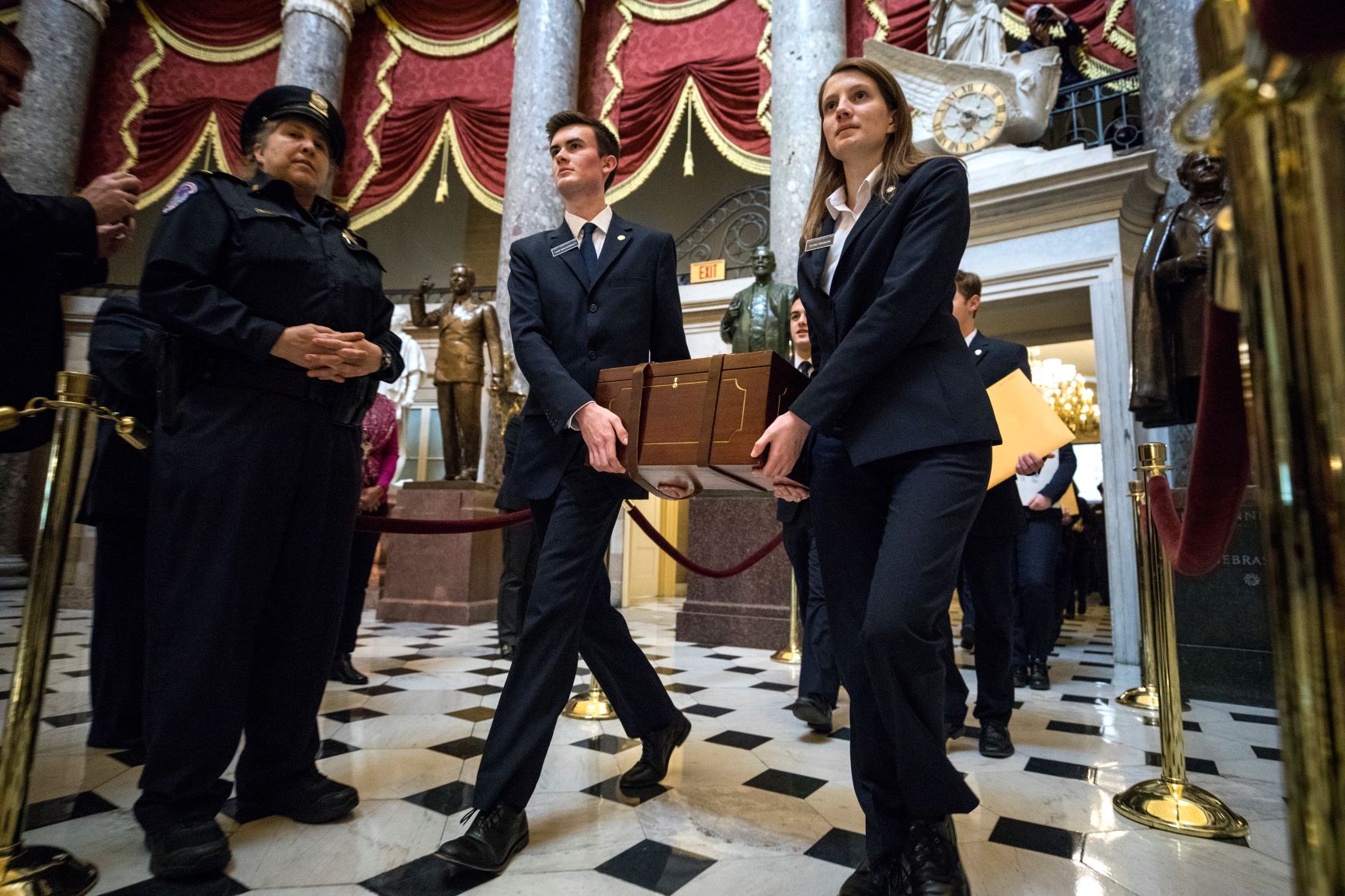 The race for the American presidency has entered its final stretch, a good time to ponder an electoral system that provides no guarantee that the candidate who wins the most votes moves into the White House.

That happened four years ago, when the Democratic Party’s candidate, Hillary Clinton, won almost three million more votes than her Republican challenger, Donald Trump. Yet he won the presidency through an institution, the Electoral College, that the framers of the 1787 constitution set up as a barrier to direct democracy. The states’ electors, not the people, decide who wins.

What happened in 2016, when Trump won the presidency thanks to 79,646 votes in Michigan, Pennsylvania and Wisconsin, could happen again. Here is how it works and why 538 and 270 are the most important numbers in U.S. elections.

The Electoral College is comprised of 538 electors, a number based on each of the 50 states’ representatives in Congress. Washington DC, which is not a state, is allotted three electors. The state with the most electors is California (55), followed by Texas (38), New York (29) and Illinois (20). The seven least populous states have three electors each.

All but two states and Washington DC operate on the principle of winner-takes-all – anything over 50% means victory in a state.

Four years ago, Trump won Michigan, Pennsylvania and Wisconsin by just 0.2, 0.7 and 0.8 percentage point, but they netted him the three states’ electoral votes – 16, 20 and 10 – which put him over the top: 270 electoral votes are needed to win.

U.S. Electoral College has been unpopular for decades.

The framers of the U.S. Constitution conceived the electors as wise, well-informed men who could override the vote of the people to reject candidates they deemed unfit for office.

As Alexander Hamilton, one of America’s founding fathers put it: “The sense of the people should operate in the choice (of president).” But it is “equally desirable that the immediate election should be made by men most capable of analyzing the qualities adapted to the station.”

Because of their wisdom and discernment, he wrote, “The office of the president will never fall to the lot of any man who is not in an eminent degree endowed with the requisite qualifications.”

In other words, the Electoral College was meant to be a deliberative body whose members had the power to overrule election returns. That has never happened.

Instead, electors are appointed by their party, pledge to vote for it and simply follow the election results.

The system has been unpopular for decades. The latest poll on the matter, by Gallup in September, showed 61% of Americans in favour of abolishing the Electoral College. Like most issues in a country of deep political divisions, attitudes differ: 89% of Democrats, 68% of Independents and 23% of Republicans want the president to be elected by direct popular vote.

Why is there so much opposition? For one, the Electoral College tips the scales in favour of smaller states. Example: Wyoming, with a population of around 560,000 people, has three electoral votes. California, with almost 40 million people, has 55 votes. Thus, Wyoming voters have more than four times as much influence as voters in California.

The winner-takes-all rules have been a particular target of criticism because they render virtually ineffective votes in states that are solidly Democratic or Republican. In the Democratic bastions of California and New York, for example, the outcome is a foregone conclusion. So it is in the Republican strongholds of Montana and Wyoming.

States where the outcome is uncertain, known as swing states or battleground states, attract outsize attention by the competing election campaigns.

This year, Trump and his Democratic challenger, Joe Biden, have spent most of their time and money on wooing three states where Trump in 2016 won by less than a percentage point (Wisconsin, Michigan and Pennsylvania) and three where his margins were slightly bigger but still small (Arizona, Florida and North Carolina).

According to the Congressional Research Service, there have been at least 700 attempts to modify or abolish the Electoral College, more than on any other subject of Constitutional reform. A 1960 amendment allotted three electoral votes to the District of Columbia.

No matter who wins in November, there are certain to be fresh calls for doing away with the Electoral College to let citizens elect their president directly, the methods used in most democratic countries.

But don’t hold your breath. Change is not around the corner. It would need a Constitutional amendment requiring two thirds of the House of Representatives, two thirds of the Senate and three fourths of the states.

In polarized America, agreement on that scale is hard to imagine.