Donald Trump has disparaged African countries in no uncertain terms. Why, then, does he keep meeting Kenya’s leader in the White House?

Just two years after U.S. President Donald Trump called many African nations “shithole countries,” this month he announced that the United States and Kenya will negotiate a trade agreement that will serve as the model for the rest of Africa.

So what gives? A president who denigrates African nations looking to strike a deal to improve U.S.-Africa trade? Why would Trump want his country to double trade with the east African nation if he thinks the continent is a collection of second-rate countries?

Welcome to the land of willful confusion, designed to keep everyone guessing while the real work is getting done.

Trump always wants to be a little different, outrageous, bold or controversial.

There is a huge gap between what the U.S. president says and what’s actually going on behind the scenes in his administration.

To wit: in 2018, Trump earned a raft of critical headlines for reportedly calling some African nations and Haiti “shithole countries.” Little wonder that many Africans wasted no time in crying foul, while the president, known for his stubbornness, was characteristically unrepentant.

Yet that same year, he and Kenyan President Uhuru Kenyatta met for the first time at the White House, and this month’s trip was the Kenyan leader’s second visit to the Oval Office. Now, the U.S. Trade Representative is tasked with hammering out a deal that will uplift Africans.

Understanding the disconnect between Trump’s words and his administration’s actions is essential to understanding how Trump governs.

First, it’s important to look at Trump in his very singular context as president. He has upset every expectation of behavior for an American leader because he is unlike any other president the country has had. That’s why many in the press remain uncertain how to analyze and interpret him.

Trump’s track record in the private sector provides our first clue. Trump made a name for himself before becoming president by focusing on attracting attention at all costs and by following principles captured in his best-selling business book, “The Art of the Deal.”

The relevant principle is Trump’s desire to always be a little different, outrageous, bold or controversial, so the press writes about him. Exhibit A: his Twitter account. That Trump refused to retract his reported “shithole countries” comment is consistent with his operating manual.

Trump’s ultimate goal is to close and win a deal.

Another facet of Trump’s modus operandi is keeping opponents off-balance with public statements and actions. That applies here, too.

A recent Wall Street Journal article encapsulated it cleverly by comparing Trump’s outrageous behavior to a plot device that director Alfred Hitchcock called a “MacGuffin” – something that distracts and moves the plot forward, but in and of itself is unimportant.

So when Trump says something outrageous or controversial, a good question to ask is, “What goal is the president trying to achieve here?” Many times, he just wants us looking away from what’s actually going on.

Trump’s ultimate goal is to close and win a deal — and to instantly take credit, as he has done countless times as president and before when he boasted of achievements, real or exaggerated, in the private sector.

Look at the U.S. Mexico Canada Agreement that he signed into law this year, making good on a campaign promise to get rid of the 25-year-old North American Free Trade Agreement that he slammed as the “worst deal ever made.” His success in bringing the new deal home became a centerpiece in his State of the Union Address.

As a businessman, trade deals are important to Trump, and they are concrete achievements he can point to when he’s looking for votes. While it is difficult to determine exactly why the Kenyan trade deal has merited his attention, it has. And it would not be speculative to suggest the president has seen the value in reversing earlier perceptions about his attitude toward Africans.

Behind the scenes, I am told that the Kenyan deal is on a fast track to be finalized by the third quarter of this year and that it’s not the only African trade initiative under way. Trump’s Prosper Africa program – designed by former National Security Adviser John Bolton as a way to counter Russian and Chinese influence in Africa – is moving forward rapidly as representatives of different government agencies shaping the accord meet regularly.

Whether one considers Trump a genius or a crackpot, the clues to deciphering him lie beyond the perceptions he manipulates and the publicity he generates.

The secret is to watch what Trump’s administration is doing, and only rarely what he’s saying. 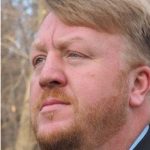 Bryson Hull is vice president of communications and media at the HBW Resources consulting firm. He spent 17 years in journalism, reporting on politics, business and wars in nearly 20 countries across Asia, Africa, the Middle East and North America. He has also taught journalism and public speaking at Loyola University-Chicago.