The island of Corsica has seen rulers come and go. Part of France for 250 years, it retains an uneasy rapport with overlords in Paris. 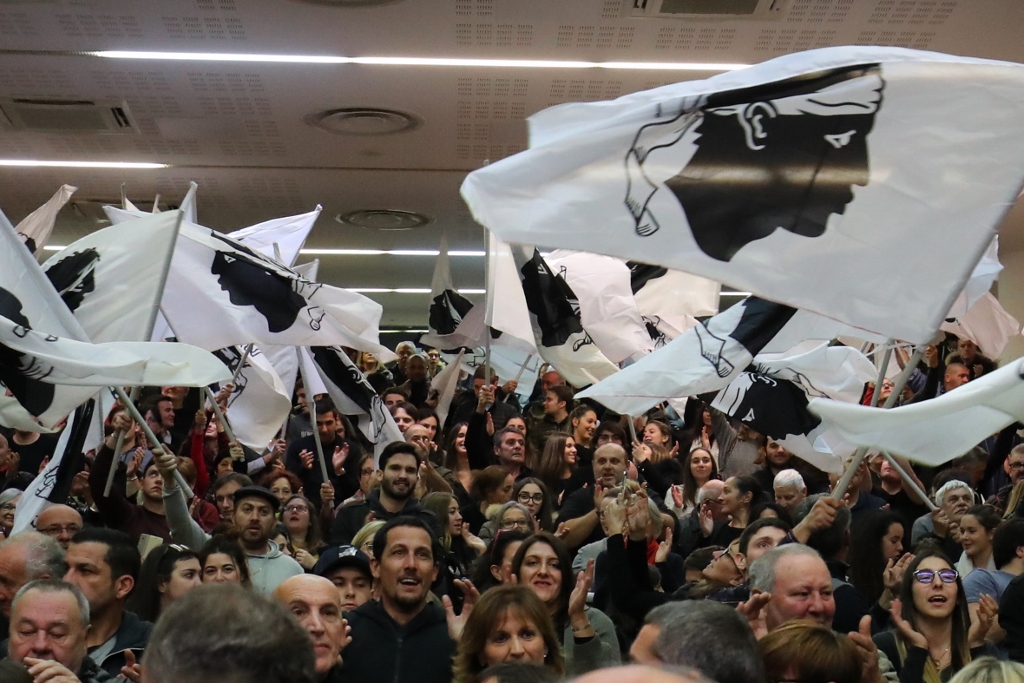 The Mediterranean island of Corsica has long been home to conflicting identities.

Facing Italy on three sides and with France to the northwest, Corsica has changed rulers often through the centuries. Until more modern times, it was a remote, mountainous outpost, giving it an outlier status that fed a local sense of identity, which has not always sat comfortably with faraway centers of power, whether Rome, Genoa or Paris.

Ironically, its most famous son, Napoleon, largely neglected Corsica while building a highly centralized French state. Still, to this day, local pride in their most renowned offspring underpins some Corsicans’ attachment to central power in Paris, even as they push for greater autonomy.

This innate ambivalence towards distant rulers is understandable when considering that Corsica has been alternately dominated by Greeks, Romans, Byzantines and then Genoa. A struggle for independence from Genoa in the 18th century was crushed by the French, who have ruled Corsica ever since.

The rugged island is twice as far from the French coast as it is from Italy — one can see Sardinia from Corsica’s southern-most point — and the local language, Corsu, comes from Italian.

But while many Corsicans may not say they are French, they are certainly not Italian: they are Corsican.

Greater autonomy for Corsica than other regions in France

The last century saw a campaign for independence ebb and flow, at times becoming violent. Separatists finally laid down their arms in 2014.

While Corsica is part of metropolitan France, it is also designated as a territorial collectivity, meaning it enjoys greater autonomy than other regions. For example, the local assembly exercises limited executive powers.

Illustrative of the island’s longstanding ambivalence towards distant rulers, in 2003 a narrow majority of Corsican voters rejected a proposal by the Paris government that would have granted greater autonomy.

But in 2015, a coalition linking nationalists seeking greater autonomy with separatists won an unexpected victory in regional elections.

The nationalists want the Corsican language to be used alongside French in official capacities, amnesty for those they consider political prisoners and a special Corsican residency status that would protect locals from rapidly rising real estate prices.

Issues of identity nag nation states around the world.

Last month, French President Emmanuel Macron traveled to Corsica to meet local leaders. While he said he was open to adding a specific mention of Corsica in the French Constitution, he said the Corsican language would not be given official status and local authorities would not be allowed to veto property purchases by non-residents.

The head of the regional government, Gilles Simeoni, said Macron had “missed an opportunity” to form a new relationship with the island.

On Corsica and elsewhere in Europe, it can be difficult for regional and national identities to co-exist comfortably under national banners and, to complicate things even further, within the European Union.

Catalonia, which is bucking Spain’s rule, is the hottest separatist issue in Europe right now. But while those seeking independence from France are, for the time being, in the background on Corsica, separatist embers still glow.

Many of the same questions about identity that Catalans and Corsicans are asking themselves are being asked elsewhere in the world, whether in China, India, the Middle East or even in parts of Texas and California.

Juggling regional and national identities simultaneously looks likely to remain one of the world’s biggest challenges in coming years.

Clio Morrison is in her second-to-last year of high school, currently studying in Rennes, France with the School Year Abroad program. She plans to finish high school at Friends Seminary in New York next year. Her passions include film photography, reading and watching movies. In university, she hopes to study English or History, and one day she would like to be a photojournalist.

Jaeli Rose is a News-Decoder student ambassador who is in her second-to-last year of high school, currently studying in Rennes, France with the School Year Abroad program. At home in the United States, she attends The Hudson School in Hoboken, New Jersey. She plans to study International Relations in college before joining the Peace Corps. Outside of school, Jaeli loves traveling, horseback riding and spending time with her friends.