Catalonia has long dreamed of independence from outside rulers. Now it’s at loggerheads with its Spanish masters — at an awkward time for Europe. 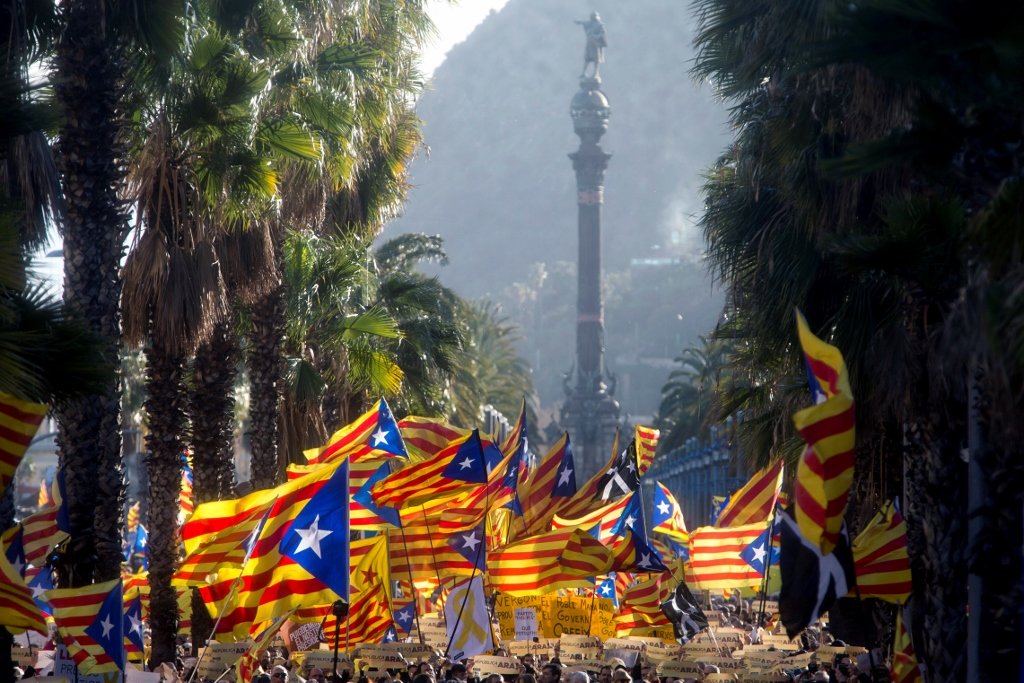 With its distinctive culture and economic prowess, the region of Catalonia has long dreamed of independence from outside rulers who for centuries have kept its ambitions in check.

Most recently, Catalonia’s fight for independence, splashed across front pages around the world, has triggered a constitutional crisis with Spain’s central government and raised awkward questions about European unity just as Britain is preparing to quit the EU.

The triangular region bordering the Mediterranean Sea and France in northeast Spain is known for its cosmopolitan capital, Barcelona, its rich artistic heritage — think Salvador Dalí, Pablo Picasso and Antoni Gaudí — its beaches, boulevards and night life, and, for football lovers, FC Barcelona, aka Barça.

It is also one of Europe’s major ports and the economic powerhouse of Spain, accounting for one quarter of the country’s exports and about a fifth of its output.

Catalonia’s economic might has long made it an attractive prize for outside powers while making the dream of independence something more than a whim.

For centuries, Catalonia was coveted by rulers on both sides of the Pyrenees mountains that divide current-day Spain from France.

In the early 18th century, competing monarchies laid claim to the Spanish crown before the Bourbon King Philip V emerged victorious. Feeling betrayed by the Catalans, he wasted no time issuing the Nueva Planta Decrees, which terminated Catalonia’s separate institutions, laws and rights, and folded the region into Spain.

The loss of centuries of separate laws and customs did not sit well with Catalans, but over the next two centuries, rapid economic growth, spurred by trade with Spain’s American colonies, lessened the pain.

By the beginning of the 20th century, Spain had lost all of its remaining colonies to the United States while Barcelona was emerging as an artistic and industrial capital. Catalonia’s growth made independence seem a more realistic ambition.

Spain’s decision to remain neutral during World War One, when many Catalans felt an affinity for the Triple Entente of Britain, France and Russia, added to resentment of the monarchy, which in the event was sidelined after Francisco Franco emerged victorious from Spain’s Civil War and imposed 3-1/2 decades of fascism.

Ruling with an iron fist, Franco repressed Catalonia’s culture and self-government as part of his policy of centralizing control in Madrid. After Franco died in 1975 and Spain transitioned to a democracy and eventual membership in the EU, Catalonia recovered much of its cultural and political autonomy.

The next two decades of rapid economic growth bankrolled Barcelona, which hosted the Olympic Games successfully in 1992 and became one of Europe’s top tourist destinations.

At a breaking point in Spain

But Spain’s financial crisis starting in 2008 stirred secessionist thoughts anew among many Catalans who felt they were carrying too big a fiscal burden inside of Spain.

It all came to a head last autumn when a coalition of pro-independence parties spearheaded a referendum, quickly declared illegal by Madrid, that saw an overwhelming majority of those who voted favoring secession from Spain.

During the referendum, images of a brutal crackdown by police, ordered into the streets by anti-independence forces, were transmitted around the world, only muddying the waters.

A subsequent declaration of independence by Catalonia’s legislature was struck down by Madrid, which dissolved the regional government and placed the region under central control.

So now we wait for the dénouement of this latest political spasm that is pitting Spain’s richest region against the central government — and the monarchy.

Those of us at School Year Abroad Spain are truly caught in the middle. The city where we are studying, Zaragoza, is halfway between Madrid and Barcelona. And it is hard for any of us to take a position on an issue that for centuries has remained unresolved but which now seems to be reaching a breaking point.

Ellis Clark is in his second-to-last year of high school, studying at School Year Abroad in Spain. He is from Detroit, Michigan, and previously studied at St. Paul’s School in New Hampshire. He is an avid student of History, Politics and International Relations. In his free time, he enjoys travel, talking politics and pop culture, and championing causes for good in the world.

Peyton Spolansky is News-Decoder’s student ambassador at the School Year Abroad program in Spain this year. She comes from New York and will finish her high school studies at the Lawrenceville School in New Jersey. Her favorite subjects are History and English, and she enjoys writing, reading, biking and running. She has worked on her school’s Spanish newspaper and spent summers helping children who struggle academically.

Feven Yared attends high school at Lakeside School, in Seattle, Washington, and is spending her penultimate year at School Year Abroad Spain. Her favorite subjects are Spanish and Spanish Literature. In her free time, she enjoys reading dystopian novels, discussing international issues as a member of the Model United Nations tutoring young kids.