China and Africa: A Tale of Neocolonialism

I recently returned to Kenya to see China’s hand in Africa’s economic development. But does China have the continent’s best interests at heart? 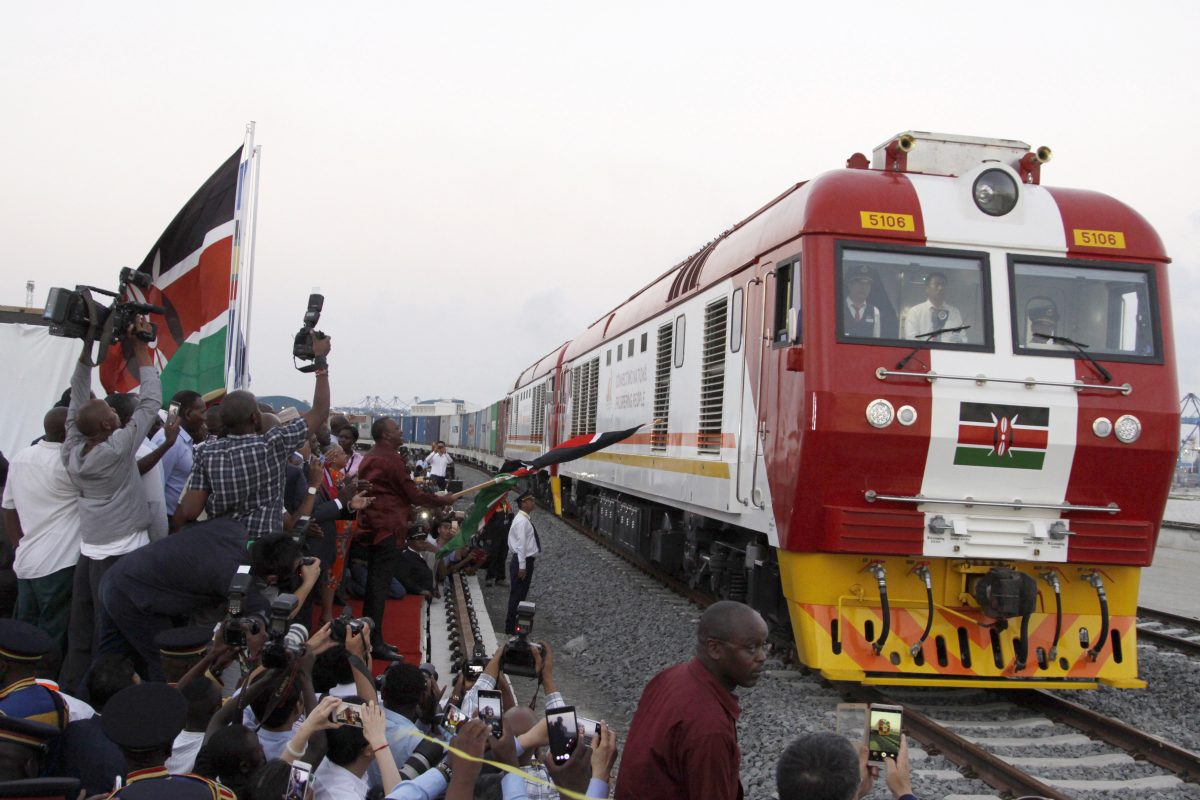 As a Kenyan-American, I spent much of my childhood traveling between my home in New Jersey and my mother’s homeland of Kenya.

This past summer, my family traveled to Kenya for the first time in almost 10 years.

The rapid change that Kenya has recently experienced was crystal clear upon our arrival at Nairobi’s Jomo Kenyatta International Airport.

Billboards enthusiastically promoted companies that did not even exist when I was last in Kenya. One cleverly pointed out that “Uber in Swahili is Uber.” Chinese rather than English was the language that dominated the long queue for tourist visas.

There were more subtle differences, too, such as the small noodle shops and Chinese-owned retail stores dotting Nairobi’s bustling downtown.

A few days later, my family entered the sleek, glass-walled Nairobi Terminus station, eager to board the train to Mombasa on the newly completed Standard Gauge Railway. The project, proposed years earlier by Chinese investors, promised Kenyans easier access to the white sands of the Indian coast and more economic opportunities.

The Chinese influence in the station and on the train was unapologetic. Intercom announcements rung out in Mandarin. Bilingual signs with Chinese hung overhead.

The benefits of the railway are impossible to ignore.

What I witnessed in the few hours of my train ride to Mombasa captures much about Africa today.

Bogged down by centuries of harsh foreign rule, unjust international policy, ineffective oligarchies and civil strife, African countries have grown desperate in their quest to “develop” and modernize their infrastructures.

China has taken note of this.

In the past few years, an unprecedented number of Chinese firms have begun a process of neocolonialism. The companies attach large price tags to sparkling new airports, railway systems and highways that they know African governments cannot afford without heavy borrowing. The governments take out loans that squeeze the countries’ credit rating, which were already under pressure.

Case in point: Kenyan President Uhuru Kenyatta’s administration forked over $4 billion, or about one fifth of the nation’s budget, to build the Nairobi-Mombasa Railway. Although Kenyatta expects economic growth from the train to allow for debts to be repaid in four years, it remains unclear whether the shiny luster of a brand new railway will soon dissipate.

Despite this drawback, the benefits of the railway are impossible to ignore.

Kenyans can now travel between the capital Nairobi and Mombasa, the nation’s largest port city, in half the time it took previously. The railway represents a model for infrastructure development in East Africa, and the opportunities it brings could cement Kenya’s role as a regional kingpin in the coming years.

An atmosphere of neocolonialism for Kenyan workers.

But do Chinese investors have the country’s best interests in mind?

A large number of employees, both at the train stations and on the train itself, are Chinese, which apparently deprives Kenyans of these jobs.

Last year, The Standard, a Kenyan newspaper, described an atmosphere of neocolonialism for Kenyan workers on the railroad.

“Chinese nationals have created a small kingdom in which they run roughshod over Kenyan workers who say they are experiencing neocolonialism, racism and blatant discrimination as the taxpayer,” the newspaper wrote.

Kenyans and Chinese do not sit at the same tables in the staff restaurant, the newspaper said, adding that Chinese, unlike Kenyans, are allowed to smoke and use mobile phones on trains.

The glittering opening of the railroad by Kenyatta two years ago was overshadowed, in the words of the New York Times, by a question: “How can the country repay its monstrous debt to China?”

The rapport between China and African nations like Kenya seems a continuation of a disturbing trend.

The basis of colonization, as pointed out by Souleymane Diallo recently on News-Decoder, has trapped former colonies in a vicious cycle of reliance on past rulers up to this day.

Although China is not a traditional colonial power, the manipulative and suffocating techniques that it is using in Africa today mirror the oppression that Africans fought so vigorously to overcome.

James Langan comes from the U.S. state of New Jersey and is in his second-to-last year of high school at The Thacher School in California. He enjoys writing for the student newspaper and studying French, Spanish and Italian. In the future, he hopes to work in international affairs or in foreign journalism.