Should central banks do more for climate change?

Central banks have clout. Why not fight climate change by steering private banks away from fossil fuels? News-Decoder writers tackle the question. 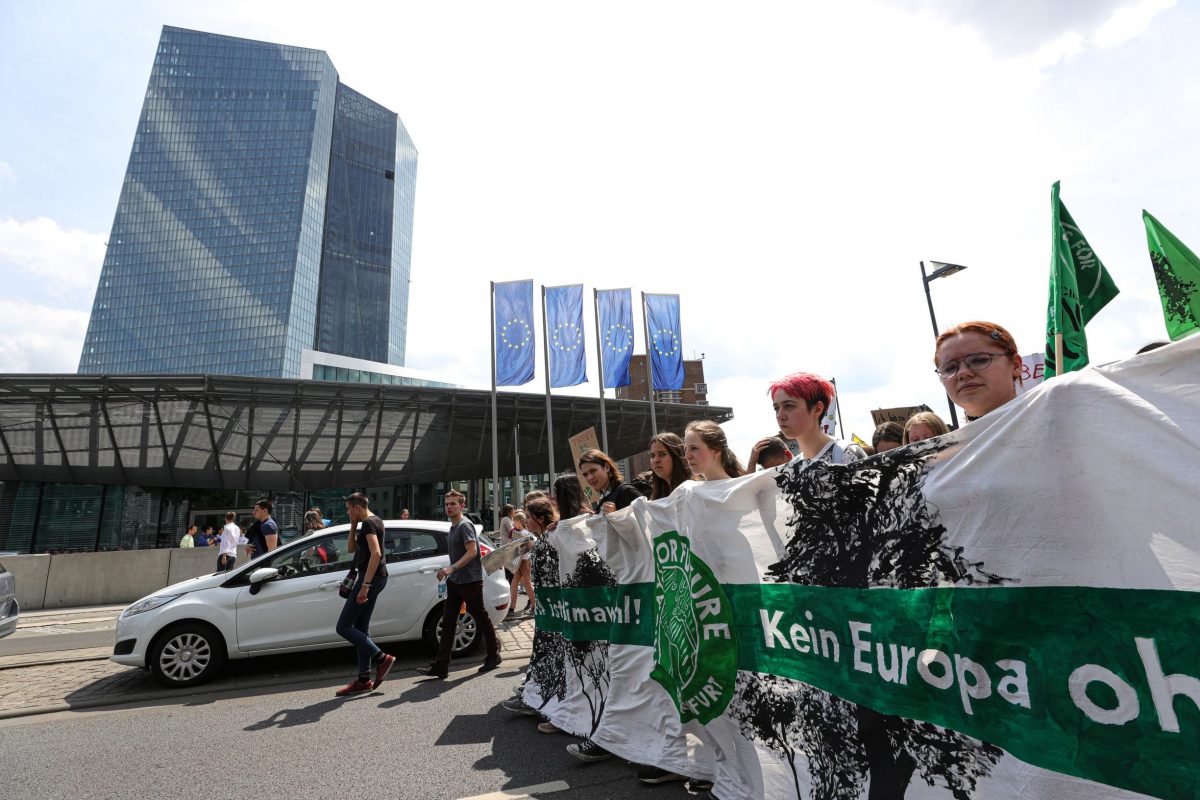 This week we published a decoder explaining why central banks are so important. We received a thought-provoking comment from PositiveMoney, a not-for-profit research and campaigning organisation based in London, asking why central banks should not do more to help fight climate change.

“With the impending climate emergency, don’t we need our central banks to ‘get political’ by funding green QE (quantitative easing) and using the full force of their regulatory powers to steer private banks away from fossil fuel intensive industries?” PositiveMoney asked. “We won’t have any economic stability in a climate emergency.”

Below, three News-Decoder correspondents address the question, which is an important one and deserves to be debated.

“Funding the fight against climate change is clearly the remit of fiscal policy. “

No central bank is truly independent. If it runs short of capital, it is the government that recapitalises it. Even if a central bank is legally independent, it swims in the sea of public opinion and must be attuned to the mood of the people and their elected representatives.

A central bank governor who defies the government and rams through a deflationary policy that sends unemployment soaring will lose public confidence and will soon be out of a job.

Having said that, there is no justification for using quantitative easing (QE) to finance a green agenda. Central banks have already politicised monetary policy with their existing QE. Asset purchases have buoyed bonds, stock and property markets, helping to widen inequalities and thus arguably fuelling the rise of populist parties.

Printing money to fight climate change is a variant of modern monetary theory that would take politicisation of monetary policy to a new level.

Funding the fight against climate change is clearly the remit of fiscal policy. What central banks can do – and are doing – is to ensure that systemically important financial institutions are not excessively exposed to fossil fuel assets that could become stranded (worthless), which could be a recipe for financial instability.

There is a very strong reason why central bankers are kept from — and robustly keep themselves from — the public political arena.

Their job is to aim for and abide by the goals and policy guidelines set by their respective governments — economic growth, currency stability, inflation, etc.

If they were to start openly setting their own goals and guidelines for whatever objectives they chose — however laudable — they would very quickly come into head-on collision with their elected governments, and it is a relatively short step from there to becoming the targets of those same governments.

While I readily accept that the British tabloid press is a unique beast, The Daily Mail’s November 2016 front-page splash “Enemies of the People” about the UK judiciary’s ruling on parliament’s role in Brexit is a classic example of the possibilities waiting out there for an injudicious central banker.

It would not be long before terms such as “unelected” and “elitist” and “unaccountable” would become common epithets attached to any mention of a central banker — thus devaluing more than just the currency.

But that is far from saying central banks do not have and have not already played a significant role in shaping government policies on a range of issues, including climate change.

Just look at what they and business between them helped achieve between the 2009 Copenhagen climate fiasco and the 2016 Paris Accord, while most politicians were running for cover or hurling abuse at each other and completely neglecting climate action.

Almost by definition, bankers like businesses tend to have a significantly longer time horizon than elected politicians. But, like any good self-respecting iceberg, most of this is hidden from view.

Central bankers work best behind closed doors, popping their heads above the parapets only when necessary and — with a few notable examples — sticking to statistics. Even then — take Bank of England governor Mark Carney and his Brexit impact warnings — those utterings can become political cannon fodder.

The dangers are clear and present. They will become clearer and far more pressing — with all the risks that entails — if central bankers start becoming members of Extinction Rebellion — at least openly.

Central bankers can walk round at home with holes in their socks, but they need to be well-presented in public. To mangle a well-known axiom — they need to walk softly but carry a large darning needle (with which to quietly and privately prod their governments when they need pointing in the right direction).

For central bankers to publicly lock horns with their governments would be to undermine their hard-won status as being above the party-political fray and probably do everyone a disservice in the longer term.

“Central banks are and must remain independent from political power.”

While in principle there are tools that central banks could use to steer investment into green energy and away from fossil fuels, this is not what a good central bank would do.

It would, in fact, represent a slippery slope, where central banks take political decisions instead of serving as a tool to smooth the market and help the economy working well.

There is an unlimited number of good causes: promoting education, supporting women’s participation in the workforce, investing in research, reducing inequality. A central bank could print money, funding these causes without constraints.

Such a choice would prove to be very short-term focused and would only bring hyperinflation and currency devaluation in the mid-, long-term horizons.

This is why central banks are and must remain independent from political power and its demands. All historical examples of when the central banks caved in to the political powers have proved a disaster for the country in question. Turkey is currently one example, and Argentina in the recent past is another. Italy in the 1970s and 1980s is a third case.