If the UK leaves the EU, will authorities resurrect a border between Ireland and the province of Northern Ireland — ending two decades of peace? 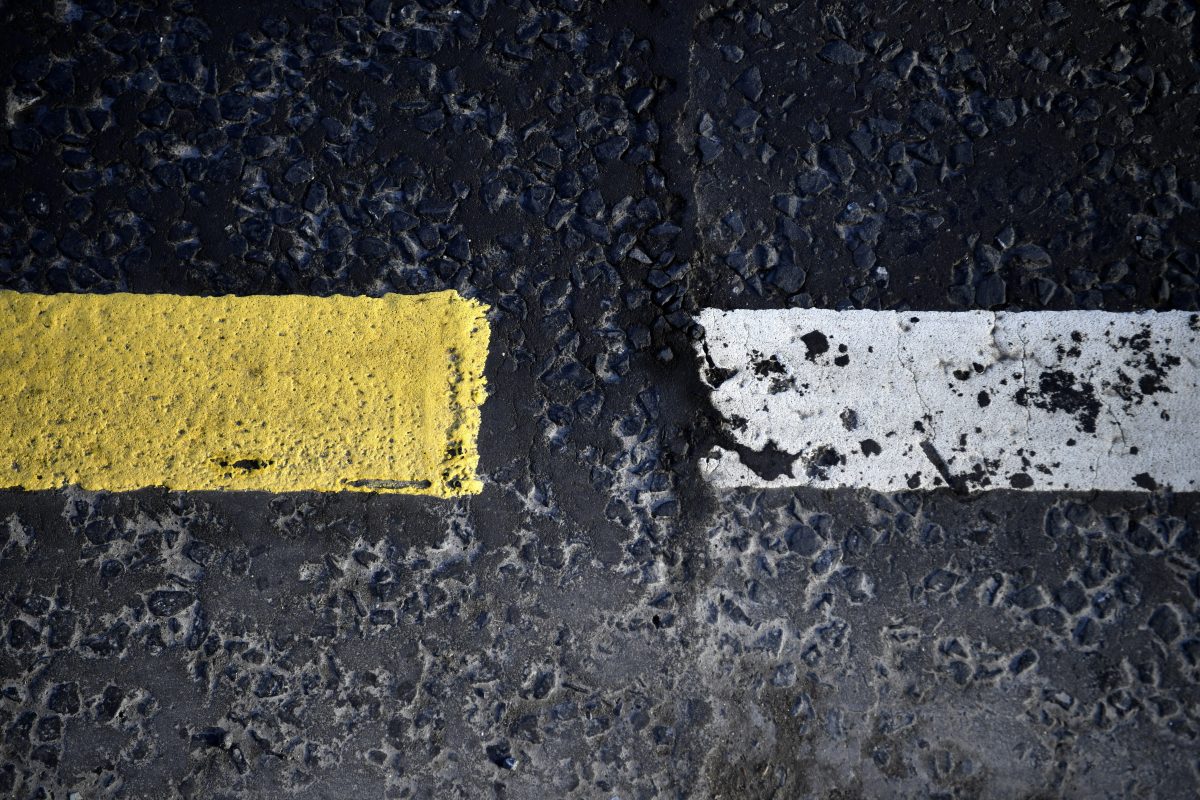 A change in road markings and tarmac designates the border between the Republic of Ireland (L) and Northern Ireland (R) near Londonderry, Britain, 1 March 2019 (EPA-EFE/Neil Hall)

British Prime Minister Boris Johnson made an interesting Freudian slip last week while maintaining he could negotiate to pull the United Kingdom out of the European Union in a managed fashion before an October 31 deadline.

“Thirty years — I mean 30 days — ought to be enough if we concentrate our minds,” he said.

He might well wish he had a few decades to sort out the crisis he faces, so deep and tangled that some political analysts say the UK qualifies as a failed state.

Johnson’s wishful thinking highlights the myriad consequences of a June 2016 referendum that asked British voters if they wished to remain a member of the EU.

Just over half said they did not. Britain’s ruling party resolved to follow their will, triggering the crisis — and in Ireland, fears of a return to a militarized border.

Johnson’s slip of the tongue came as he was speaking in the Irish capital, Dublin, during a news conference with Irish Taoiseach (Prime Minister) Leo Varadkar.

Borders are reliable sources of tension, isolation and storytelling.

An hour up the road by car is the wriggly border with Northern Ireland, mostly notable for its change in road sign style, from kilometers to miles — and its status, for opponents, as Exhibit A in the case against Brexit.

For the Irish, who are firmly in the EU, Brexit brings with it fears of a return to a harder border with the British part of the island and to the violence of The Troubles.

Borders, or their absence, are reliable sources of tension, isolation and storytelling, belying any impression that globalization, the Internet and climate change might have erased them.

Ireland’s land border, just over 300 miles long, has had more than its fair share of drama since it was born in bloodshed in 1921. That’s when the island was partitioned, although the south gained full independence from Britain only in 1949.

While the border initially had customs points, it was only in the 1970s that British forces attempted to control movement across the demarcation more tightly, requiring travelers to show identification papers to cross.

The army blew up roads and installed barricades of various kinds to control the flow of people. It was the start of Northern Ireland’s “Troubles.”

‘They were nice people. It was just a terrible time.’

That period ended with Northern Ireland’s peace process, spearheaded by Irish Taoiseach Bertie Ahern, British Prime Minister Tony Blair and U.S. President Bill Clinton. Months of intense talks between majority Catholic and Protestant parties in Northern Ireland produced a peace deal in 1998 — and with it, the removal of a hard border and reopening of closed border crossing points.

Since the peace deal, cross-border projects have become a strong theme of border life. They include “Border Roads to Memories & Reconciliation,” launched in 2012 with EU sponsorship, in which young participants interviewed older border residents to raise awareness of the impact of a hard border.

So painful are the memories that some participants spoke anonymously, including a doctor who retired in 1994 and lived near the border in County Armagh, Northern Ireland, for several decades.

In her interview, the doctor described using unapproved roads to move around and see patients. “The army blew up the roads regularly, usually at night,” she said, recalling how she always had the radio on to know what route was out of action and how she was stopped regularly and asked to open her trunk.

Even everyday life on the border had its limitations for this Catholic woman living in an area known for activity by members of the Irish Republican Army (IRA) paramilitary, which sought the unification of Ireland.

“First of all, you never gave your opinion on anything … and nobody gave their opinion to me,” she said. “It was just too dangerous to say anything at all. You learned that very quickly.”

Life was different in the Irish Republic to the south, she said. People could speak more openly. “It was just as if it was very far away.”

But where she lived in the north, near Carrickasticken crossing, mothers didn’t let their teenagers go a few miles down the road to the Irish town of Dundalk at night because they weren’t sure if they would come back. People lived in fear and tension all the time, she said.

She chose not to put out a black flag to mourn members of the IRA when they died. For that, she stood out, and her every action was noted. But she liked living there.

“They were nice people. It was just a terrible time,” she said.

“There was one bomb in a pub in the area, and there were three people killed including a little boy,” she recalled. “So many people’s lives were changed forever.”

‘At the time, you just answered.’

Similarly, Brigid Brady, who lives near Railway Road Level Crossing at Jonesborough, remembered her school bus being stopped two or three times every day as she traveled the three miles to school in the town of Newry.

“Many of our classes were on the fifth floor of the college, and I remember on one particular day watching 10 bombs going off at different premises,” she said.

“I remember the day that the Council offices were blown up. We heard the bang, and we looked out to see where the smoke was going to come from because you would hear the bang and then you would see the smoke and then you may see the building falling.

“Thursday morning about 10 o’clock, and we looked out and it was like a set of dominoes falling, the Council offices collapsing.”

British forces would often stop and hold her up for prolonged periods. “At the time, you just answered. You wanted to get to your next destination, and that was part of life.”

It’s much harder to get rid of borders in people’s minds.

She recalled traveling south to Dublin only once or twice a year — and getting her first taste of smuggling when she hid a couple of packets of her father’s cigarettes purchased more cheaply across the border but in limited quantities.

While she described the border as more of an inconvenience than anything, she noted that she would only get to visit her father’s sister in the Sheepbridge area of Newry once a year because the roads were such a hassle.

She recalled how John Hume, a Northern Irish, Catholic politician who shared the 1998 Nobel Peace Prize with his Protestant counterpart David Trimble, used to talk about how it was easy to get rid of physical borders but much harder to get rid of borders in people’s minds.

“I think in some people there will always be a mental barrier. I think some people can’t help and don’t want to help themselves. It’s just a thing that’s in them,” she said.

“Everybody is entitled to their own opinion,” she said. “It’s showing respect for that person and saying, ‘Yes, I respect your beliefs, but I expect you to respect mine.’”

(For a News-Decoder profile of Elaine Monaghan, click here.)