Northern Ireland is a province covering about one sixth of the island of Ireland that remained part of the United Kingdom when the rest of the island became independent in 1921.

It includes six of the nine counties of the old kingdom of Ulster and is sometimes also known by that name.

The inhabitants of Northern Ireland are predominantly Protestant — descendants of settlers from the British mainland — while the population of the Republic of Ireland to the south is mostly Roman Catholic.

The religious divide helped fuel conflicts with the United Kingdom and within Ireland itself in the periods before and immediately after Irish independence and in the second half of the 20th century.

The violence that began in the late 1960s and killed more than 3,250 people ended with the so-called Good Friday Agreement on April 10, 1998. Backed by the European Union and signed by the UK and Irish governments, it recognized the political aspirations of the rival communities in Northern Ireland.

(The United Kingdom is made up of England, Northern Ireland, Scotland and Wales.)

The conflict known as “The Troubles” was the bloodiest in Western Europe.

The Good Friday Agreement, properly known as the Belfast Agreement, acknowledged that the majority wished to remain within the United Kingdom but said the UK and Irish governments had “a binding obligation” to reunite the two parts of Ireland if and when majorities on both sides of the border wished that to happen.

The Agreement included complex constitutional arrangements enabling all parties to share in government of the province. In parallel, paramilitary groups agreed to decommission their weapons, although this was not completed for another decade.

In the latter part of the 20th century, the conflict, euphemistically known as “The Troubles,” was in fact the bloodiest in Western Europe, with some 50,000 casualties besides those killed.

The causes were complex but included political, economic and social discrimination against the Roman Catholic minority of Northern Ireland by the dominant Protestant majority.

When acts of civil disobedience and civil resistance failed to change the status quo, the UK government abolished the provincial government, imposed direct rule from London and sent British military to enforce law and order. But the troops soon found themselves in the position of combatants, and the conflict intensified, including acts of violence in England.

While relations between the Irish and UK governments were never broken, there were periods of tension until the Good Friday Agreement.

At the last census in 2011, Northern Ireland had a population of 1,810,863 occupying a territory of 14,130 square kilometers, slightly smaller than the U.S. State of Connecticut. The Republic of Ireland, with a population of some 4.5 million, is five times larger. 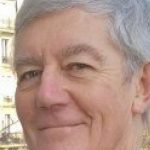 Robert Holloway is editor of News-Decoder.

.
What is Northern Ireland?