A century ago, Azerbaijan declared independence, becoming the first democratic state in the Muslim world. 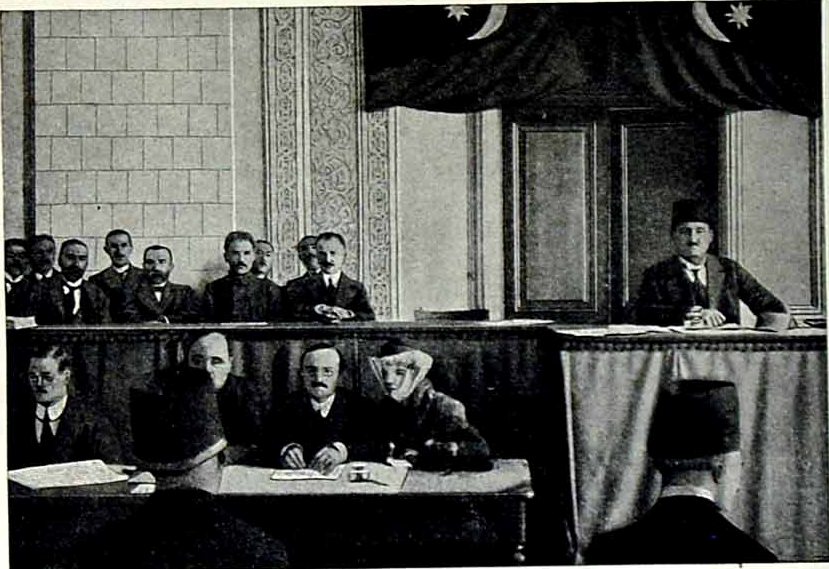 First meeting of the parliament of the Azerbaijan Democractic Republic, 7 December 1918 (Wikimedia Commons)

One century ago today, a small colony of the Russian empire, Azerbaijan, declared independence. With its elected parliament and cabinet of ministers, it became the first democratic state in the Muslim world.

The Azerbaijan Democratic Republic lasted 23 months and spanned the collapse of Tsarist rule in Russia in 1917 and the establishment of the Soviet empire.

The first secular state in the Muslim world managed to fend off two powerful neighbors, Russia and Iran, and under the leadership of founding father Mammad Amin Rasulzade conducted democratic elections.

The cultural and political transformation of the country from religious to secular reached its peak during independence. It wasn’t until several decades later that other Muslim-majority states adopted democratic institutions.

More than a quarter of the parliamentarians in the newly independent Azerbaijan were non-Muslim. The cabinet of ministers included representatives of all major political parties.

Azerbaijan was the first Muslim nation, and one of the first nations in the world, to grant women the right to vote.

With sovereignty came the responsibilities of pursuing an independent foreign policy. A primary goal was to secure international recognition and to line up allies with a view to the inevitable confrontation, due to its proximity and valuable resources, with Russia — still in the throes of revolution — and Iran.

The government had no intention of allowing Azerbaijan to return to colonial status and so launched militarization and mobilization programs.

One month after declaring independence, the first units of Azerbaijan’s armed forces were created out of the former imperial army. The newly formed troops were soon dispatched to protect Muslims from ethnic cleansing in the regions near Armenia, which is majority Christian.

Later, the armed forces played a significant role in protecting the civil population during the Russian-Bolshevik invasion in 1920.

A yearning for democracy

Azerbaijan’s brief period of independence, sandwiched between decades of occupation by Tsarist and then Bolshevik Russia, ended in April of 1920. But the interlude demonstrated the country’s will for independence and self-determination.

Many members of the government were forced to flee after the country was taken over by Bolsheviks. Those who remained spent years in jail. After release, almost all of them were killed during Stalin’s repressions in the 1930’s. But they were not forgotten.

During the Soviet years, Azerbaijani families kept the memory of the Azerbaijan Democratic Republic alive in folklore and oral traditions. Writers and poets immortalized founding fathers such as Rasulzade, Khoysky and Tobchubashov.

Memories of the Azerbaijan Democratic Republic and a yearning for a return to democracy underpinned Azerbaijan’s declaration of independence from the Soviet Union in 1990.

Rashad Mammadov is on the Communication and Journalism faculty at Suffolk University in Boston. Born in Azerbaijan, he worked as a journalist in Baku in the early 2000’s. His experience covering the geopolitics of the Middle East and former Soviet states led to his choice of an academic career with a focus on media-government relations. Fluent in Azeri, English, Russian and Turkish, he holds two master’s degrees, in journalism and mass communication.