Islamist extremists are threatening fragile nations in West Africa. Will Afghanistan’s fall to the Taliban yield lessons for France in the Sahel? 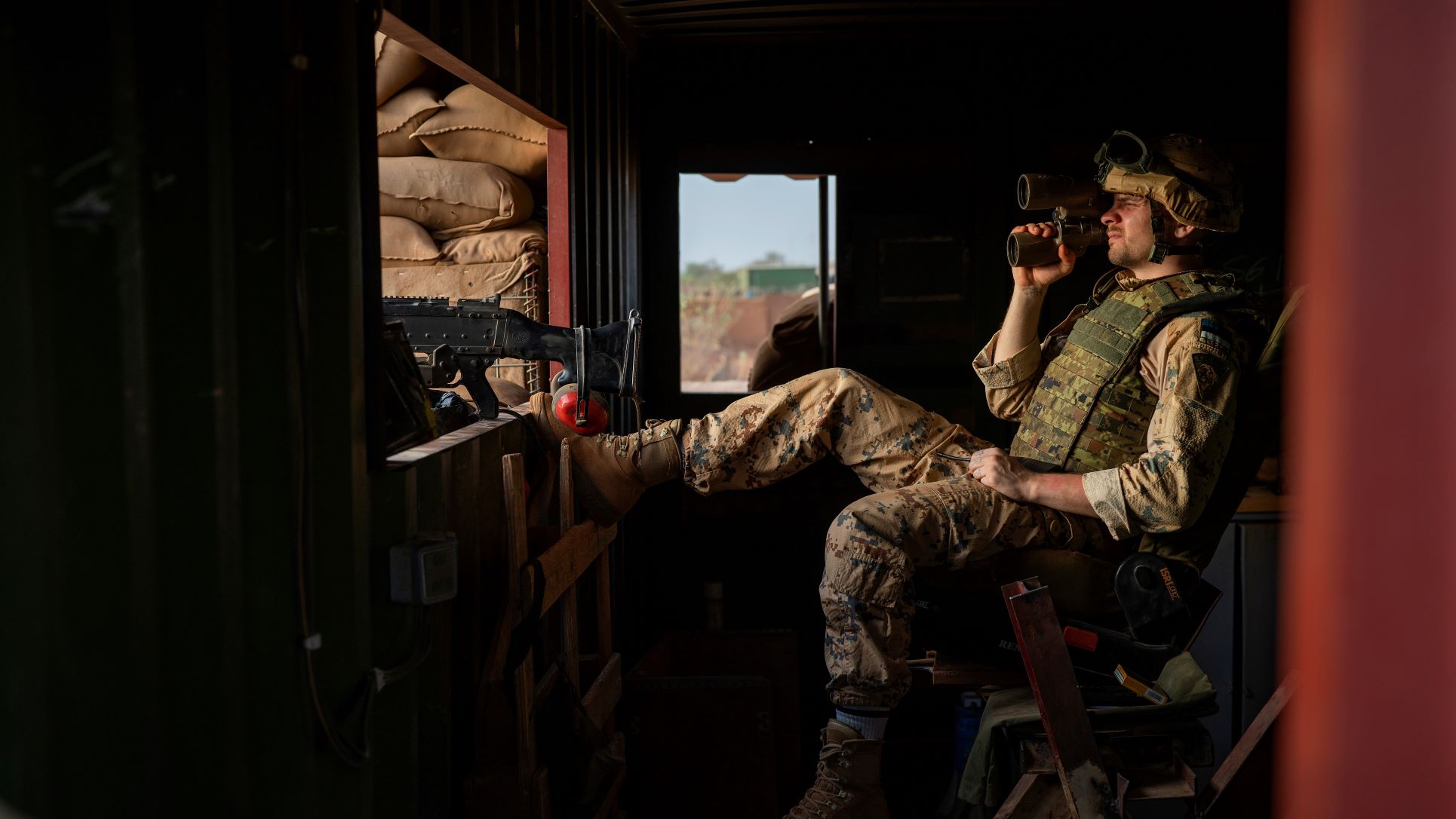 A soldier guards a Western military base in Gao, Mali on 6 June 2021, days after France announced the end of its seven-year Operation Barkhane against Islamist extremists in Africa’s Sahel region (AP Photo/Jerome Delay, File)

As hundreds of Afghans and foreign nationals frantically grabbed their passports and rushed to Kabul airport last month to escape Afghanistan, the world looked on in desperate concern and anguish.

But while everyone was glued to news about Afghanistan and the rampaging takeover of Kabul by Taliban insurgents, another deeply concerning news story was unravelling in West Africa, where Islamist extremists are threatening fragile states and fighting foreign forces.

Burkina Faso, a former French colony in the Sahel desert region of West Africa, declared a day of national mourning on August 18 after 80 people were killed in a suspected jihadist attack in the village of Gorgadji in the country’s northeast. The attack was the third targeting Burkinabe troops since August 4.

The incident came the same week that suspected Islamist extremist militants killed 37 people just over the border in Niger, while 15 soldiers were killed in neighbouring Mali.

It also occurred two months after child insurgents killed 132 people near the gold mining village of Solhan in Burkina Faso.

These attacks form part of a steady increase in violence in the Sahel, since French troops prevented a takeover of Mali by Islamist insurgents in 2012. The Sahel is the vast, semi-arid stretch of land that crosses the center of Africa, like a belt, from the Atlantic to the Red Sea.

Although the French military prevented militants from taking over Mali’s capital Bamako, the absence of a durable solution that addresses the roots of the conflict has led to a proliferation of armed groups in the north of that country, which have gradually expanded into Burkina Faso, Niger and Chad.

Attacks have spiralled as armed groups as varied as the Macina Liberation Front, Ansar Dine, al-Mourabitoun and al-Qaeda in the Islamic Maghreb, as well as Islamic State in West Africa, have taken over small, ungoverned spaces in these countries.

Islamist extremist movements have capitalized on anti-government sentiment and tensions between ethnic groups or between nomads and herders in rural areas. They have recruited vast numbers of locals, disenchanted with the governments’ failure to protect them and their often heavy-handed response to terrorism.

State-sponsored use of poorly trained vigilante groups to control the threat have often made the situation worse, and violence against civilians has escalated rapidly.

Now, attacks killing hundreds of civilians and soldiers occur nearly every month in one of these affected countries.

France has a mixed record in the Sahel.

Once recognized for their stability, West African states such as Burkina Faso are plagued by jihadist violence and, along with countries like Afghanistan, top the UK government’s list of countries to which it advises against all travel.

Since the successful Operation Serval in 2012, France’s presence in the Sahel region has expanded.

In August 2014, Paris established Operation Barkhane in the Sahel, with a base in N’Djamena, Chad, and troops based across Niger, Mali and Burkina Faso. It currently has 5,100 troops based in the Sahel.

France’s involvement in the Sahel has helped prevent Islamist extremist groups from winning power in any of those countries, but it has struggled to do much more than that.

Deaths, either directly or indirectly related to Islamist extremist violence, have increased significantly in the years since France expanded its presence in the region. From 2014 to 2020, annual fatalities in Burkina Faso, Mali and Niger have risen from 456 to 6,276.

Protests against French military involvement have increased as citizens and governments in the region grow weary of ongoing interference by the former colonial power and its inability to end the violence.

Meanwhile, French President Emmanuel Macron has faced growing domestic resistance to France’s role in the Sahel, which some French people have referred to as France’s “small Afghanistan.”

What impact will the French withdrawal have?

Amid concerns in Macron’s camp that his political opponents could leverage the issue in France’s presidential election next year, a drawdown was announced in June, and troop numbers are expected to be halved in 2022.

Macron has said that Paris is reorienting the mission and not pulling out, although some experts question whether France’s presence is making enough of a difference to justify continuation.

But what impact will the withdrawal of French troops have?

While France’s involvement in the Sahel has yielded limited gains, its troops have undoubtedly kept a lid on violence, as indicated by the 2012 incident in Mali.

“The only thing that remains a barrier against a massive offensive against the capitals and most essential cities is the French presence,” said Ibrahima Maiga, a Sahel expert and founder of Sahel info.

Afghanistan turmoil begs questions about stability in the Sahel.

Although there are many differences between the conflicts in Afghanistan and the Sahel, not least the West’s much greater interest in events in the former, France will be watching to see if the withdrawal from Afghanistan leads to an escalation of violence by Islamist extremist groups.

“The Afghan situation is very different from what we can see in the Sahel, but it raises many questions for the French because they discovered how things could change quickly if the international forces decided on a rapid departure,” Maiga said.

Iyad Ag Ghali, leader of one of the al-Qaeda affiliates operating in the Sahel, has congratulated the Taliban for its victory and praised the group for its patience, suggesting he might seek to replicate this model in Afghanistan.

France’s gradual withdrawal may not have as significant an impact on the Sahel as the West’s pullout from Afghanistan, largely because its force is much smaller and has not been in place for as long.

What is more, several other forces remain in the Sahel, including a United Nations peacekeeping mission in Mali and a regional force, known as the G5 Sahel. France has pledged to continue contributing to these efforts.

‘The French drawdown will be a tragedy for the region.’

But the departure of a significant number of French troops could help Islamist extremist groups advance.

France is at the centre of many operations in the Sahel, and G5 Sahel and MINUSMA could suffer from a reduction in intelligence and logistical capabilities provided by Operation Barkhane.

That could facilitate advances by either Jama’at Nasr al-Islam wal Muslimin (JNIM) — a group formed from a merger of al-Qaeda in the Islamic Maghreb, Ansar Dine, the Macina Liberation Front and al-Mouribatoun — or Islamic State in West Africa.

“The French drawdown will be a tragedy for the region,” Maiga said. “The jihadis can advance further and destroy the area because of the government’s lack of willingness to find the solution that can resolve the issue.”

Afghanistan raises critical questions about Western interventions without clear objectives and an exit plan — questions that are posed in other parts of the world, too.

The Sahel illustrates the global challenge of preventing Islamist extremist groups from proliferating in fragile states. It is a challenge that will require sustained international planning and commitment if weak states around the world are to be prevented from becoming havens for extremist organisations. 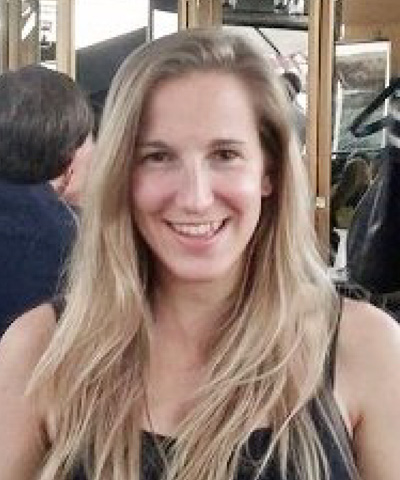 Jessica Moody has a PhD from Kings College London, with research focusing on post-conflict peace-building in Côte d'Ivoire. Moody is also a research assistant for the atrocity prevention project at the Holocaust Memorial Museum and works as a freelance political risk analyst focusing on west and central Africa. She has appeared on podcasts Into Africa and Foreign Exchanges, and has written for publications including Foreign Policy, IHS, the Economist Intelligence Unit, The FT's “This is Africa” publication and African Arguments.