China’s influence on Africa is growing. Where does it lead?

Africa has entered a new era of relations with China. Our cultural and economic landscape is shifting. Do Africans benefit from these changes? 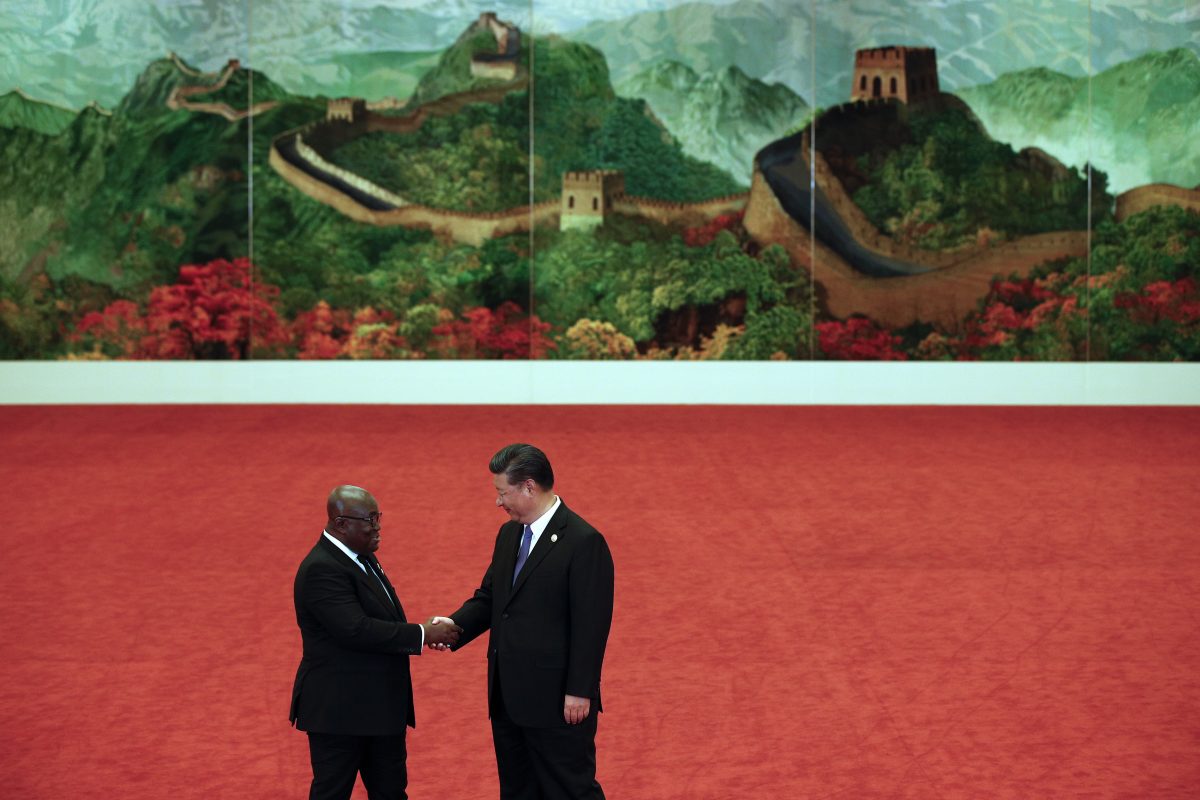 Afro-Sino relations have taken various forms over the last two centuries. But the past two decades suggest Africa has entered a new era of relations with China — one in which China exerts increasingly vast influence over the continent.

The shifting landscape is evidenced by cultural, linguistic and economic changes. Some of these changes are worrying.

Since the early 2000s, there has been a dramatic rise in the number of Confucius institutions in Africa: from zero in 2002 to 48 today. These institutions are points of exposure for Africans to Chinese culture and tradition.

In some African countries, such as Zimbabwe, there is surging demand for African schools to offer Mandarin lessons. Incredibly, in June 2018, the Zambian Parliament met to discuss whether Mandarin should become a national official language.

This shift towards debt financing did not happen overnight.

Most significantly, Africa’s economy has become increasingly dependent on China. In 2002, the debt owed by African countries to China was a little more than $1 billion. In 2019, that debt had grown to a staggering $142 billion, with Angola holding the most debt at $42.8 billion.

The debt financing that China offers to African countries is varied. Some government loans qualify as “official development aid,” while others take the form of export, suppliers or commercial credit.

This shift towards debt financing did not happen overnight. Chinese President Hu Jintao visited Africa five times during his years as president, from 2003 to 2013. And many Chinese state ministers followed suit.

In 2006, more than 40 African heads of state gathered in Beijing for the Forum on China-Africa Cooperation, the largest gathering of African heads of state outside of the United Nations. At this meeting, “Eight Measures” for Sino-African relations were developed, which led to the creation of the consequential China-Africa Development Fund. This CAD Fund is funded by the Chinese Development Bank.

As of 2010, the CAD Fund had invested in 30 projects in Africa worth around $800 million. The fund focuses primarily on industrial development. In 2010, for example, it contributed $38 million to a $165 million investment by Jidong Cement to build a cement plant in Limpopo, South Africa.

The fund has participated in acquiring natural resources. For example, in 2012, it formed a joint venture with the China Natural Nuclear Cooperation to acquire most of the Husab Mine for $996 million.

Trade between China and Africa has increased to such an extent that China is now Africa’s largest trading partner, surpassing the United States.

China reckons that it is helping previously-colonized African countries through these instruments of economic influence. It says it is assisting Africa in becoming more developed.

These claims raise a few questions that cannot be readily or easily answered.

For one, is China really interested in helping Africa develop, or is it simply fuelling its own growth by securing a ready supply of raw materials and open markets? Analyzing the Bilateral Trade Agreements can help address these questions, but they do not provide full answers.

Where will China’s growing influence lead?

Second, where will China’s growing influence in Africa lead? Certainly, there is an exchange of culture, but it is a one-way exchange: from China to Africa.

Will these trade relationships benefit “normal” Africans, through more jobs, for instance? Or will they come at Africans’ expense, in the form of greater pollution, depleted resources and shoddy labour conditions?

Finally, if present trends continue, it will not be long before China assumes the crown of being both Africa’s largest trade partner and biggest creditor. The long-term loans that the CAD Fund offers means future African generations will be debt-trapped.

Is that the form that fair trade takes?

Rolinhlanhla Kudzaishe Zinyemba is a student at the African Leadership Academy where he participates in a number of activities, including serving as president of the debate club, which, during his tenure, created the African Leadership Debating Style. Rolinhlanhla has also founded a non-profit, Education Zimbabwe, which aims to create Afro-centric curriculum. And he has been involved in creating Connect the Dots, a pan-African civil entrepreneurship curriculum that is being piloted at a school in Zimbabwe. He is an avid believer in Africa and the philosophies she has to offer the world!