The 2016 U.S. election woke up many young Americans who, like me, had limited their political participation to voting in presidential elections. 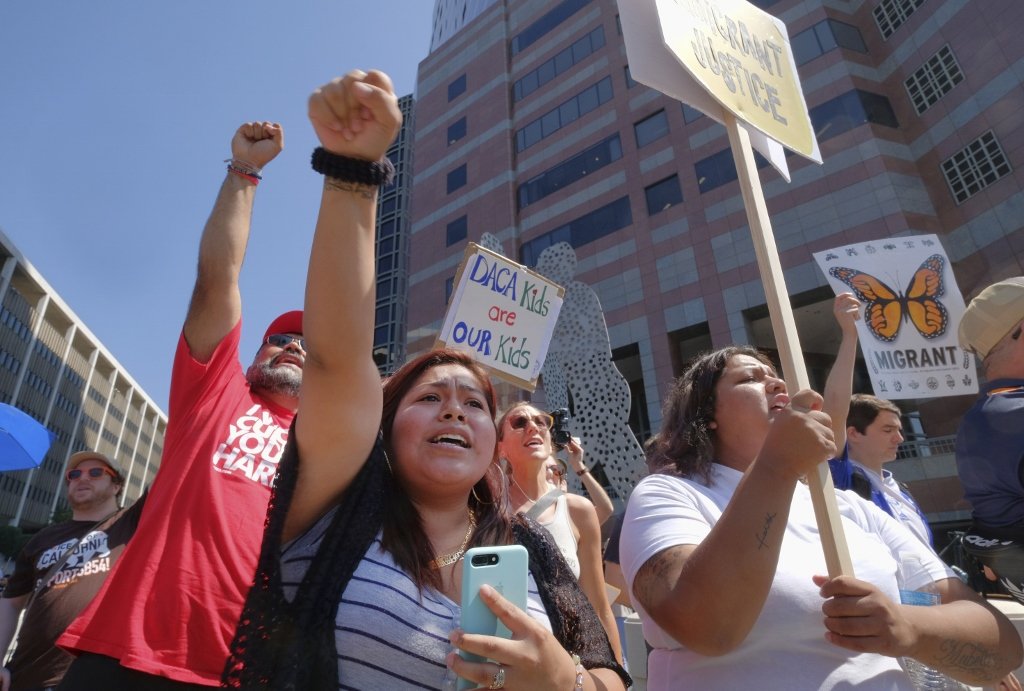 Last January 21, the day when around four million people across the United States joined together in protest, there was no Women’s March in McAllen, Texas.

The closest march was five hours away, in Austin. I was teaching remedial classes at a public school three miles from the U.S. border with Mexico.

When I returned home from school that day, I consumed the marches from afar, by Facebook and Instagram, wondering if I should have flown to Washington, D.C., where President Donald Trump had been inaugurated the day before.

The 2016 election had revealed divisions in the United States along lines of race, class and socioeconomic status. At the heart of those divides were issues — immigration and international trade — that I thought I had answers to.

I grew up in liberal communities on the East Coast and in Europe where diversity of ethnicity, religion and race was valued. Throughout the election, I was living in a predominantly Hispanic South Texas border town — a blue zone in a red state — whose economy has benefited from both trade and immigration.

That 46 percent of the voting population would choose a president who wanted to re-negotiate international trade agreements and stop immigration forced me to recognize that the Obama administration had not brought jobs or financial relief to predominately poor, white pockets of the United States.

I recognized that immigration sparked fear in some communities instead of interest or understanding.

Still, it was hard to believe that economies would be revived by calling immigrants “bad hombres.” So while I was teaching that Saturday, my friends and my classmates were in Washington, marching, holding hands with people of all colors, bundled up in scarves and brandishing hand-painted signs.

They were marching for women’s reproductive rights while I lived in the town where a clinic, Whole Women’s Health, had helped bring a federal lawsuit against Texas for limiting access to women’s health services. They were marching against racial discrimination and the expansion of a border wall that already sat a few miles from my school.

But if there had been a march in McAllen, I could count on one hand how many students’ parents would have gone. They might not have been able to get off work, or they might not have known about the march. Those without papers might have been worried that using their voices would put them in the back of a Department of Homeland Security van.

The tools of political organizing that grew women’s marches across the country on January 21 did not reach to Las Milpas, a community that needed its voice to be heard.

The 2016 U.S. election was a wake up call for many young Americans who, like me, had limited their political participation to voting in presidential elections, if that. We realized in November that our Facebook posts weren’t enough to protect the institutions and rights that we cared about.

Law students in San Francisco offered free legal advice to refugees stranded in airports after the travel ban. Policy students in Boston built Resistance School, which describes itself as an free online program to teach the hard skills of community organizing.

Actors, teachers and product managers in New York City started weekly meetings to phone bank, get out the vote and attend protests. In big cities across the country, they marched and protested. I think protesting helped people avoid feeling helpless.

In the Rio Grande Valley, I didn’t have access to many protests, but I didn’t feel like protesting was my role. I could use my voice to teach kids to use their own.

My activism could be targeted, day-to-day. I marched in a different way, kept moving, a dawn-to-dusk rush of making copies, texting parents, correcting behavior and chanting – Sí, se puede! Yes we can! – and then wolfing down a chocolate bar after pick-up duty, meeting with parents, finding videos on Martin Luther King, Jr, before driving home, sky streaked with the last bit of sun that hovered low and yellow like a ripe lemon.

I am not teaching this year. I moved to San Francisco because I want to help build systems to ensure that communities like that of my students have access to tools for economic advancement.

My day-to day routine doesn’t include lessons on respect or setting up systems so that kids can politely ask each other’s opinions. In a city increasingly known for its high cost of living and the divide between rich and poor, the distance between the life I live and the work I need to do feels vast.

On my way to interview for a job with a tech-driven non-profit that invests in small businesses, I walked a mile in my shiniest shoes past halfway houses and groups of homeless men and women. A block from where a man with no shoes yelled nonsensically at a woman with no teeth, the line for $4 coffee and $8 avocado toast at Blue Bottle Coffee stretched around the corner.

A week after I arrived in San Francisco, Trump rescinded DACA, an Obama-era order offering temporary relief from deportation for immigrants who arrived in the United States as children.

While there is a chance Congress will pass legislation to replace DACA, the future remains frighteningly uncertain for DACA recipients, many of whom know only the United States as home.

I found a protest against the repeal of DACA on Facebook. Most of my friends were still at work, so I went to San Francisco’s Civic Center alone.

I heard drums and chants as soon as I arrived. People clustered around speakers and musicians: a man playing traditional Mexican folk music, a nun, a leather-jacketed community organizer who started a chant that called for the police to go. Abajo la policia! Down with the police! she shouted, as the police stood quietly behind us, listening.

I found a place to stand by a friend, but I felt like a university freshman at her first party. What do you do at a rally? How do you use your voice? Do you talk to people? Do you have to insult the police?

Then, the nun began a chant of Sí, se puede, Yes we can. And when she shouted Sí, se puede, I found myself raising my voice with the rest of the crowd, remembering how my students and I had started and ended our lessons with that same chant each day.

In that shouting, we had brought ourselves together and begun a slow but steady movement forward, raising our voices and doing something all at once. 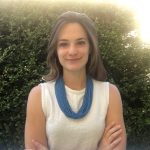 Charlotte Parker has reported on agriculture and business in South America and taught fourth grade in South Texas. She now works to connect the dots between business and education through social enterprise. She grew up in the northeastern United States and Venice, Italy.