In the end, Zimbabwe’s Mugabe had to blink

At 93, it was normal that Robert Mugabe of Zimbabwe had lost some of his faculties. Relinquishing power was his most level-headed action for years. 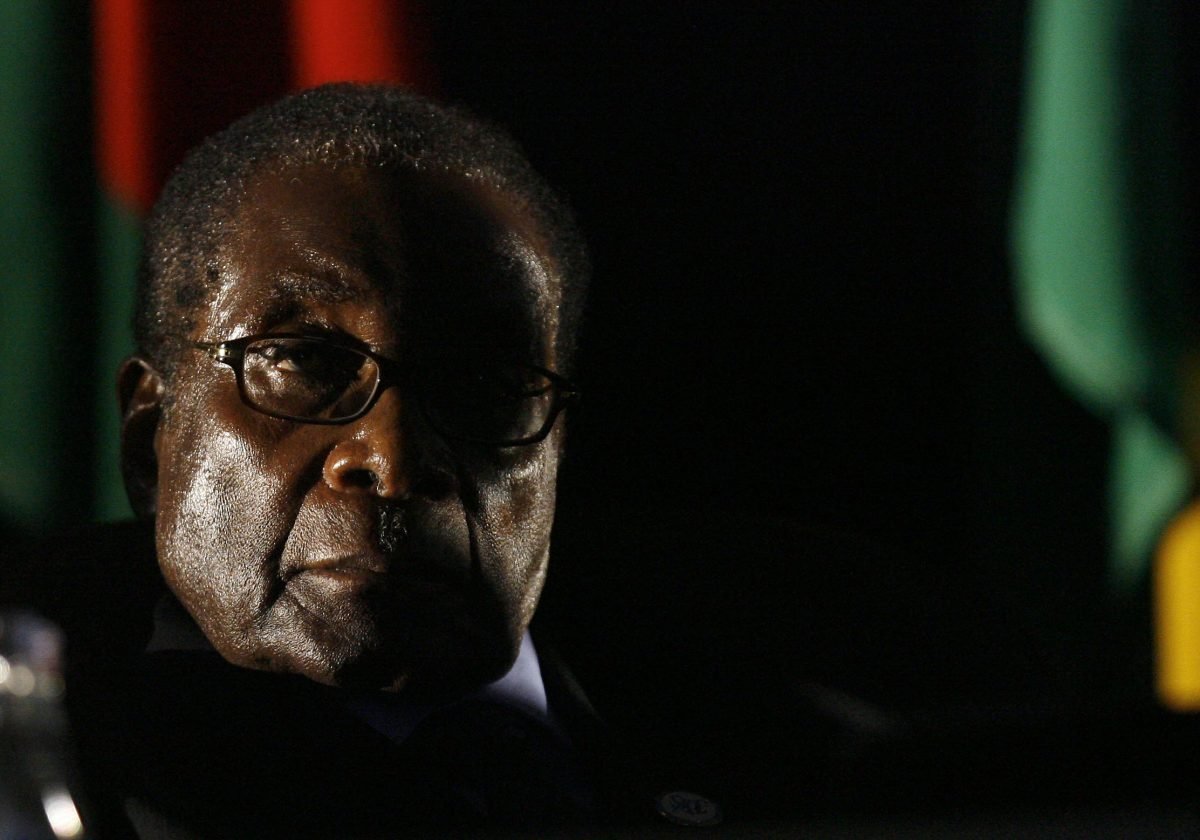 Robert Mugabe, who resigned as Zimbabwe’s president on Tuesday, at the closing ceremony of the 28th Southern African Development Community summit of heads of state and government, in Johannesburg, South Africa, 17 August 2008. (AP Photo/Jerome Delay)

This is the first of three stories by News-Decoder correspondents on Robert Mugabe, who relinquished power as Zimbabwe’s president on Wednesday.

At the age of 93, it was not abnormal that President Robert Gabriel Mugabe of Zimbabwe had lost some of his faculties.

But relinquishing power, as he was eventually forced to do, was probably his most level-headed action for many years.

In the end, he had no choice. He blinked. The news was given by the speaker of Zimbabwe’s parliament, and it sent the crowds waiting in the streets of Harare into raptures.

Whether the end of the Mugabe era really ushers in something much, much better, remains to be seen. But on the evening of November 21, 2017, ordinary Zimbabweans were in no mood to dwell on detail.

Some — but not many, one senses — will call it a sad end after 37 years in power, precisely as long as the country’s independence from Britain. The first reaction was “good riddance.” Yes, he built a multi-racial country after ending white minority rule in 1980. Yes, standards of education, public health and official probity at first were high.

But Mugabe went on to virtually destroy his creation because of bad policies, state-sponsored violence, corruption and a refusal to call time on himself.

He was far, far too old to stay in office.

But his people could not get rid of him, and at least a quarter of them went abroad to find work and peace.

Real international pressure on his regime was constantly diluted by the political support he received from key African leaders who treated him like a flawed hero. They believed the fight he waged against white oppression would forever excuse his dramatic failures and failings.

His great age caught up with him. He nodded off in public more frequently than was wise.

He made strategic mistakes towards the end, none greater than kindling the leadership ambitions of Grace, his much younger wife. He failed to extinguish them when that became an urgent necessity. He failed to notice how wildly unpopular the former princess of the presidential typing pool was among Zimbabwe’s 16 million people.

By the time he had woken up to some of the new realities, it was too late. Mugabe had lost his grip on Zanu-PF, the political party he led for decades, and had allowed an unprecedented succession struggle to escape his control.

But if his legions of adversaries, at home and abroad, had learned one thing about him, it was that Mugabe never blinked.

Whether winning a liberation war in the 1970s against the odds, or facing down Zimbabwe’s powerful southern neighbor, South Africa, or depriving his domestic opponents of victory in rigged elections, or surviving international economic sanctions by reducing his people to misery and exile, Mugabe had always won and retained power on his terms.

Nobody knew that better than Emmerson Mnangagwa, the one-time dauphin who stood shoulder to shoulder with his president, first in the bush and then in Harare.

Earlier this year, Vice-President Mnangagwa had lost his place, at the front of the risky succession queue, to Grace Mugabe. But he snatched it back, baring the teeth that earned him the nickname “Crocodile.”

He was backed to the hilt by the Zimbabwe Defence Forces, the professional army that kept Mugabe in power. The generals had no interest in allowing Zanu-PF to decline: their wealth would be in jeopardy and they would have to answer — at long last — for the post-independence massacres of an estimated 20,000 people in southern Matabeleland.

During Mugabe’s 37-year rule, and in the guerrilla war before 1980, heirs apparent learnt that the closer they got to power, the more they would be in danger. Former army chief Solomon Mujuru was the most recent casualty when he strayed too close to the flame: he was found incinerated in his isolated farmhouse in 2011. Guards and servants said they had been unable to douse the fire.

Mugabe had scented the danger from Mnangagwa long before the endgame. He sacked the vice-president — who wisely retreated across the border into South Africa.

Mugabe would be disgusted by the choice of refuge, sensible though it was. The Zimbabwean leader never digested his eclipse when Nelson Mandela was freed from prison and then elected as the first president of a democratic, multi-racial South Africa in 1990.

That country has moved awkwardly but resolutely towards its dream of being the “Rainbow Nation,” a status which could have been Zimbabwe’s.

Nick Kotch is a journalist specializing in African news. He lived and worked on the continent for more than 30 years, reporting from all but six of the African Union’s 53 member states. During a career with Reuters he was based in Cote d’Ivoire, Kenya, Nigeria and South Africa and also posted to France, Iran, Italy, Mexico and Romania. He was Africa Bureau Chief based in Johannesburg, and in 2012 joined Business Day, South Africa’s leading business daily, as Africa Editor.