I learned yellow vest protesters in France are complex

I thought yellow vest protesters in France were a uniform group of angry radicals. But I talked to citizens and discovered it’s much more complicated. 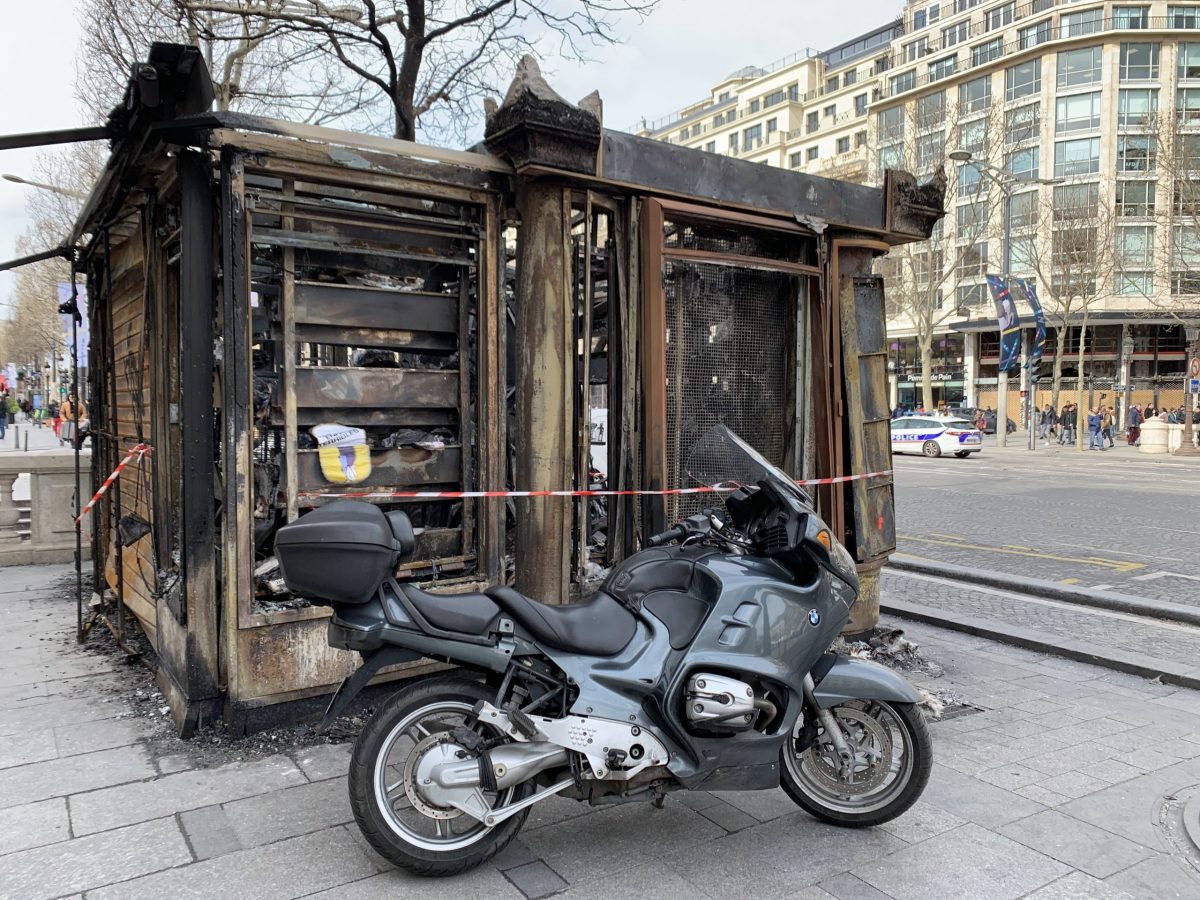 This piece tied for first prize in News-Decoder’s twice-yearly Storytelling Contest. You can read more about the contest and other notable entries here.

Looking around me, I wasn’t sure if we were in the right place. My friends and I were in a regional courthouse in the Brittany region of France, trying to find some gilets jaunes — protesters wearing yellow vests — to interview.

I expected to find old men and bearded motorcyclists. Instead, standing all around us were young people. They were there to show support for a man arrested in February for breaking two bank windows and destroying an automatic bank teller.

The man and his supporters were part of the yellow vests movement — a populist, grassroots political movement for economic justice that began in France in late 2018 and which staged weekly street protests, some violent, throughout the country for more than a year.

Many people rejected our requests for an interview, saying it was too hard to explain their hatred for the government or that they simply didn’t want to be quoted.

Finally, a girl with winged eyeliner and a puffy yellow jacket agreed to answer my questions, as long as I didn’t name her. We sat down in an empty hallway, and she lit a cigarette. She told me she had begun to participate in the yellow vest protests because she believed the current system had failed the common people.

“We need to overthrow the capitalist system and put in place a communist regime,” she said. “Poor people just get poorer, and they just don’t care. I’ve been pushing for equality for years now, and I just joined the yellow vests because they put the issues in the spotlight.”

When asked who she had voted for in the last presidential election, she said: “I didn’t vote for anyone. I don’t think it matters. The system is broken. Only a revolution can save us now.”

The yellow vest movement started in November 2018. The world wasn’t expecting 250,000 people to take to the streets of France on a Saturday afternoon.

It wasn’t just about the fuel tax for yellow vest protesters.

For many of those who turned out, the last straw was a proposed hike in France’s fuel tax. The price increase was part of a package of measures put forward by President Emmanuel Macron to combat climate change, but it irked rural residents who depend to a great extent on automobiles to get around.

One year later on a rainy Saturday at a roundabout in Rennes, a man wearing the bright yellow vest that drivers are required to keep in their vehicles in the event of an emergency explained his anger to me.

“It really wasn’t just about the fuel tax,” he said. “It just shows how they have no idea what it’s like to be us. We need cheap fuel to get to work, to send our children to work. They live in cities so they have public transport, but we need to drive. We block roundabouts because we just want them to understand our frustrations of not being able to afford to go anywhere.”

When I asked him who he had voted for in the 2016 presidential election, he said the far-right candidate, Marine Le Pen. “I think she’s right. There are too many immigrants in this country. They can’t even take care of their own citizens, but they give these foreigners all these benefits.”

They used a language of ‘they’ and ‘us.’

The yellow vest movement does not have a political affiliation, an organizer or even a clear objective. Their demands — like the protesters themselves — are a mix of far-right and far-left policies. They want lower taxes, protection of domestic industries and fewer migrants, but also a national welfare system, higher retirement pensions and a higher minimum wage.

But for many, the movement is no longer as much about policy change as it’s about a desire to topple the establishment. The protesters largely agree on one thing: They want Macron to resign. “He’s a banker,” one yellow vest said, referring to the president’s past work as an investment banker. “A puppet for the rich.”

The language of ”they” and “us” that many protesters used in interviews highlighted divisions in French society — or perhaps their belief in its divisions.

Because to my surprise, when I interviewed other residents of Rennes on the street and shop owners in the center of town, I discovered some of the division may be imagined. While shop owners acknowledged that last year’s weekly protests had hit business, none of them expressed malice towards the protesters.

They agreed it was founded on real worries in France.

The shop owners seemed to fall everywhere on the political spectrum. One was an avid supporter of the centrist president, another a proud member of the Socialist Party. They agreed that the yellow vest movement was founded on legitimate worries.

“Yes, my business suffered, but I understand why they protested,” said the owner of one clothing store. “But now I don’t think it’s about equality anymore. Even after the government made concessions to their demands, they respond with violence.”

Perhaps such feelings explain the results of a recent poll that showed that while 55% of French people back the gilets jaunes, more than six out of 10 do not want weekly protests to start again.

Mainstream media, with photos of Paris burning and headlines like “Chaos! Police Overwhelmed,” convinced me and many around me that the protesters were a uniform group of angry radicals. We assumed that common citizens must view the movement with distaste because it inconveniences them and costs the government money.

But perceptions can be misleading. My encounters showed me that the movement is divided, composed of citizens who want different things, banded together through anger.

Claire Wang is in her second-to-last year of high school, studying this year at School Year Abroad in Rennes, France. She is originally from Hong Kong, and her family currently lives in Paris. She plans to finish high school next year at the Hotchkiss School in the U.S. state of Connecticut.