Our world is at a crossroads

With the election of Donald Trump and Brexit, the world is at a crossroads. We can close our ears to the pleas of the disaffected, or start to listen. 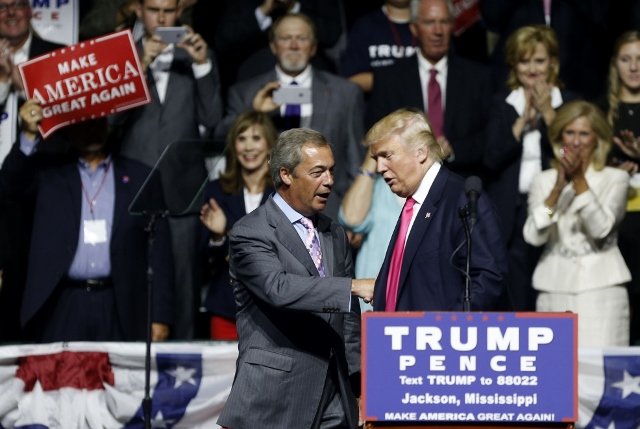 This article was a runner-up in the high school category of News-Decoder’s second essay/reporting contest.

It’s the morning of November 9, 2016. Donald Trump has just been elected U.S. president, and headlines claim his victory signals the decline of the liberal world order.

But I disagree with the notion that Trump’s win, Brexit or the rise of any nationalist party will cause the fall of the liberal world order as we know it.

Here is what columnist and political analyst Charles Krauthammer wrote seven years ago in addressing the question of whether America was in inexorable decline:

“There is no yes or no. Both answers are wrong, because the assumption that somehow there exists some predetermined inevitable trajectory, the result of uncontrollable external forces, is wrong. Nothing is inevitable.”

So, to the question of whether the liberal world order is in decline, my response is this: We face a choice.

Liberal democracy is a system in constant need of reform. In recent decades, our world has been changing quickly, largely due to globalization. If we compare Great Britain, with its institutions allowing for gradual change, to the Arab Spring’s sudden calls for radical transformation, it is clear that evolution, not revolution, yields stability.

The needs of citizens are always changing.

With globalization spurring change that is borderline revolutionary, movements that are partially nationalistic do not portend an end, but rather a hiccup signifying that we need to listen to the concerns of the people and change institutions that need reform.

It’s routine for politicians to blame constituents’ problems on the “other.” Fault is often assigned to another political party, a foreign country or a minority group. Donald Trump and France’s far-right leader Marine Le Pen are not unique in this.

However, they and others have masterfully built platforms and formed movements on the idea that the “other” is destroying everything their supporters value and cherish. It is China that is taking their jobs, illegal immigrants who are killing their loves ones and Muslims who have robbed them of their peace of mind.

Still, the problem with attributing job losses in factories, manufacturing and coal mines to a complicated economy is that nobody is willing to tell the unemployed that they are losing jobs because the country has not adapted to the changing market forces.

Being “unskilled” is not testament to character or potential. Rather, it’s an indication that the government has been pushing for growth that outstrips the economy’s capacity to absorb change without hurting some segments.

If a country has bought into globalism, shouldn’t it prepare its citizens for the same?

People feel as though government has abandoned them.

This past year, Trump’s adversary, Hillary Clinton, had to apologize to West Virginia for telling the truth — that West Virginia’s lost coal jobs would not return. Telling the truth is good, but instead of issuing apologies afterwards to cushion the blow, the policy-maker needs to take action. In the case of West Virginia, that would mean a plan to contribute to a clean-energy economy.

Above all, people feel as though government has abandoned them. If a politician does not recognize the struggles of the everyday citizen and impedes action, the result will be anger and massive support for an opponent who seems to be listening.

We are seeing this in a number of countries because governments and large numbers of voters are disregarding vulnerable people.

Consider this: Those who would deport refugees just might not be prejudiced. Their convictions could stem from years of feeling neglected by the government.

Do we listen to the disaffected?

Yes, some movements are historically led by bigots. But in dismissing entire constituencies as racists and ignoring their aggravation, we miss the point and fuel divisiveness that could eventually lead to the collapse of a world order that, if preserved, could benefit billions of people.

As I scroll through my Facebook feed or listen in on conversations in the hallway at school, I hear stories of disillusionment after the election, similar to the reactions of some of my British friends after this summer’s Brexit vote.

They thought they knew America and the UK. Instead, it seems to them that the U.S. election and the Brexit referendum revealed a side of each country that was racist, bigoted and xenophobic.

But in labeling the U.S. election, Brexit and the rise of right-wing parties as “populist movements that are inherently discriminatory,” we risk doing the most damage.

We have a choice. Do we understand these movements as signs to slow down and listen to the disaffected? Or do we plug our ears in the face of people who long to be heard?

(The views are the authors’.)

Michaela Cohen is in her final year of high school at Greens Farms Academy in the U.S. state of Connecticut. She has studied ethics, politics, history, international relations and law, and has attended The School for Ethics and Global Leadership in Washington, DC. She spent last summer interning for the assistant U.S. attorney in Bridgeport, Connecticut, and she enjoys photography, soccer and time spent with friends.