Some students at Princeton University in the United States want the name of Woodrow Wilson, the 28th U.S. president who died in 1924, to be removed from the university’s programs and buildings because of his racist views. The debate has reached the national media, and no less of a mainstream press organ than the New York Times has written an editorial on the issue. We asked some of our young readers for their views on an issue that captures some of the facets of a debate over race relations in the United States.

I find it frustrating how dearly Americans of the majority cling to their symbols of oppression. It’s as if people believe that time heals all wounds and that these things exist in a vacuum void of context.

We wasted no time taking Saddam Hussein’s picture off of Iraqi money. Cognitively, we have no struggle in understanding the weight of having your oppressor on your money, but as Dave Chappelle once joked, “Our money looks like baseball cards with slave owners on it,” and no one bats an eye.

When people of color ask that monuments to vitriolic hatred, i.e the Red Skins logo, the confederate flag and now Woodrow Wilson’s stamp at Princeton, should be removed, it is often met with sheer confusion as to why they’re problematic.

It does indeed feel as though we still operate under the credence that American people of color are three-fifths of a person. I can imagine that people are chalking this up to the sensitivity of undergraduates to anything politically incorrect, but this is larger than that.

We are experiencing a period where race is being experienced as a Post-Traumatic Stress Disorder. For the mental and emotional well-being of its students, Princeton needs to let it go, like Elsa.

Progressivism peaked under Woodrow Wilson’s presidency. Wilson appealed to and served the solid center of the American people by providing them more freedom; he protected citizens from corporations controlling government. 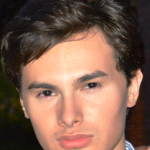 Despite the racist ideals Wilson held, the essence of his scholarly character and thus his policies endowing greater economic and personal freedoms to farmers and to working people fortified the framework for the progressive movement.

The legacy of Woodrow Wilson’s work includes the 1919 Nobel Peace Prize. As America mulls the issues of money in politics ahead of the 2016 Presidential election, we must remember that one of the many platforms Wilson fought for was to restore power to the American people, and away from monopolies.

Instead of disparagingly looking at Wilson’s racism to define his legacy, look at the meaning of his ideals — the ideals that championed progressivism, the ideals that Americans continue fighting for today.

Some who oppose removing Wilson’s name charge that what we really need to do is develop a nuanced understanding of historical figures that allows us to honor their contributions while also condemning aspects of their legacies that are disgraceful by moral modern standards.

I completely agree, and think that work is entirely consistent with removing Wilson’s name. Renaming buildings bearing his name needn’t say more than that in 2015 — we have decided it’s not longer appropriate to honor Woodrow Wilson in that way, in that space.

Why not simply remove the name and carry on with the aforementioned thorny work? The challenge is, as ever, not to let the hunt for a perfect solution (which may simply not exist) be so overwhelming that we entrench an obviously flawed status quo.

Far from fearing that college students are growing “too soft” and won’t be ready for the harsh realities of The Real World, it’s encouraging that young people are painstakingly trying to shape the world we’ll inherit.

Not too long ago, you could have said to a young woman that she should just “get used” to a man smacking her bottom, for some would do the same in The Real World. How lucky we are that young people aren’t settling for inherited moral standards.