Women’s Day: A global fight, wherever you are

I was in Spain for International Women’s Day. It was unbelievable to see so many people fighting for the same things that I fight for in America. 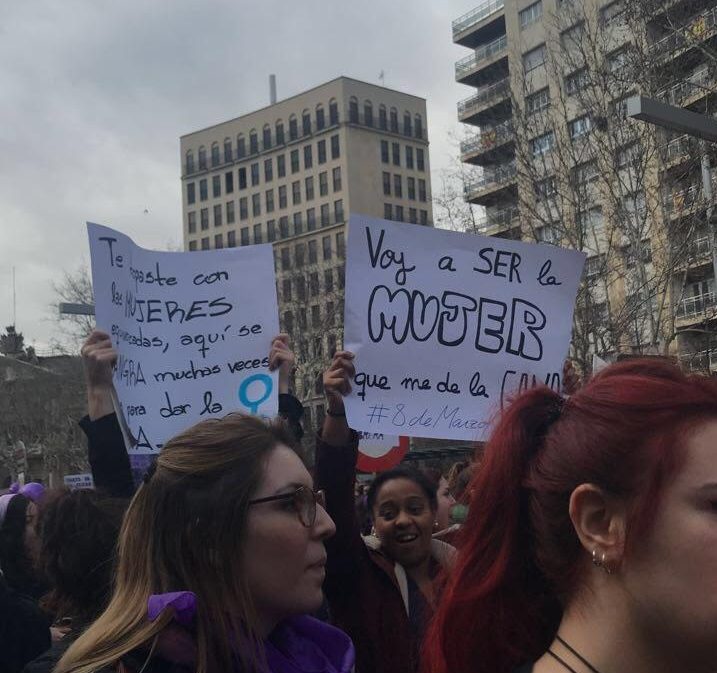 I had not expected more than a few dozen people to participate in International Women’s Day in Zaragoza, Spain, where I am studying this year.

Was I ever surprised!

I was working at school on Thursday when the director of our program called to us and told us to look out the window. We ran to the window, and my heart sank.

As I had expected, there were only about 50 women yelling, largely ignored by the passersby.

Another protest was scheduled for later that day. I did not give up hope and decided to go to that demonstration just in case.

I was not disappointed. I got off the bus and was instantly enveloped by a large crowd of women chanting slogans in Spanish.

They hoped for change.

They marched because they hoped for change.

I was in awe. I was amazed by how quickly the crowd had assembled.

It was quite unbelievable to see so many people fighting for the same things that I fight for in America, yet fighting in a different language.

I decided to document this event because no matter what language one speaks or what culture one comes from, women’s rights are important worldwide. 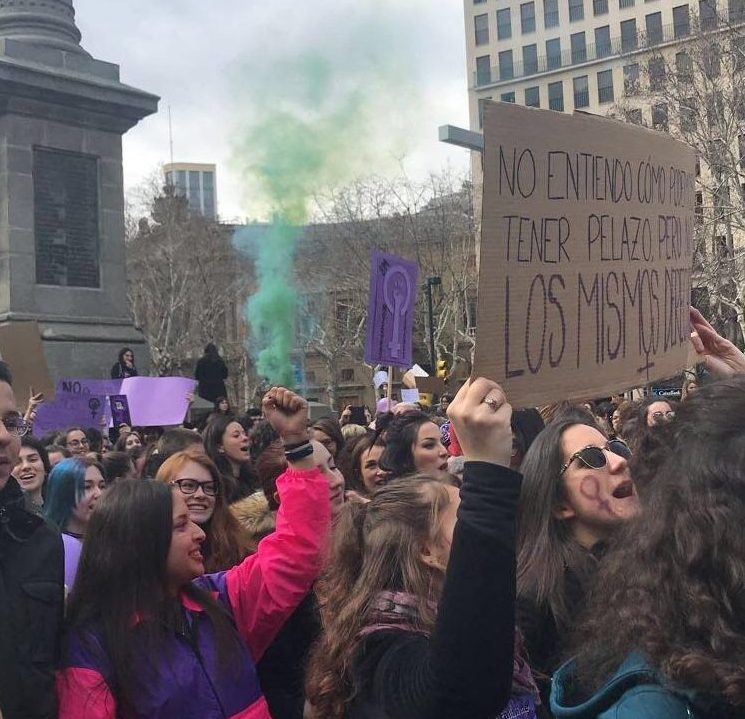 Peyton Spolansky is attending the School Year Abroad program in Spain this year. She comes from New York and will finish her high school studies at the Lawrenceville School in New Jersey. Her favorite subjects are History and English, and she enjoys writing, reading, biking and running. Outside of class, she has worked on the Spanish newspaper at her school and has spent summers helping children in Harlem who struggle academically.