Will COVID-19 change our lives fundamentally?

For many, COVID-19 has turned the world upside down. Can we expect the global crisis to stir profound change?

Scientists, environmental activists, film stars and political leaders have said they hope the COVID-19 crisis will give birth to a new society and radical change.

“When all this is over, there is likely to be a new social contract,” Financial Times columnist Janan Ganesh wrote days after Britons went into lockdown in late March.

“This crisis offers us a chance to come together and prove our humanity, to build a new future in peace,” French President Emmanuel Macron said in a nationally-televised speech on April 13, expressing a hope that the pandemic would result in the “sober” use of fossil fuels.

The coronavirus lockdown has encouraged alternative life styles in some countries. Bicycle use has surged in European cities and is expected to continue as long as social distancing and the compulsory wearing of face masks heighten anxiety about public transport. Cities that already have policies to restrict automobiles may well pursue them more vigorously.

In some regions, there has been a surge in demand for locally produced food. Some supermarket chains will no doubt seek to cash in on that trend, as they have done to accommodate consumers interested in organic food.

Less clear is the future for working from home. Governments are encouraging office workers to continue logging in remotely, to reduce demand for public transport and to enable employers to make safer use of office space.

For some workers, however, less time spent commuting is offset by the psychological cost of lost social interaction. Psychiatrists are warning of a “tsunami” of mental illness from problems stored up during lockdown, according to a survey of 1,300 doctors reported by the BBC.

Work that can be done from home, moreover, is not necessarily best done from home. Many European universities will complete the academic year with distance learning, but some professors say there is no substitute for face-to-face classes.

The lockdown has highlighted social distinctions between those, usually in the white-collar class, who have been able to work from home and those whose jobs, often less well-paid, have exposed them to the threat of COVID-19.

In countries like France, which before the pandemic was rocked by a year of sometimes violent protests by the so-called “yellow vests” movement, the government can ill afford to allow social differences to deepen further.

Some of those keen for fundamental change after COVID-19 hope to see a more muscular role for the state, particularly in a transition to a greener world. In the short run, state intervention may be required to save firms in the worst-hit economic sectors such as tourism, transport, sport and culture.

Manufacturing firms that survive lockdown — and European governments have pledged colossal sums to protect them from bankruptcy — can more or less pick up where they left off. But a two-month break can wipe out a year’s activity in the sporting calendar.

Wimbledon, the world’s most prestigious tennis tournament, was cancelled this year because matches there are played on grass, which is at its best in the English summer.

The competition will lose money, but bigger sums are at stake in football. The first professional league to resume in Europe, the German Bundesliga, did so on May 16 after a two-month break, but spectators will be barred from matches for the foreseeable future.

The absence of fans not only means lost ticket sales, it casts doubt over the nature of the game.

Many fans attend matches for the atmosphere as well as the play. If they become dissatisfied with televised games, big clubs face a huge loss in TV rights when ratings fall. Some are already debating whether to ask their star players to agree to a cut in their enormous salaries.

The French professional league stands to lose 244 million euros in April and May alone and has warned that some clubs will close down without financial support from the government.

Big financial losses are expected to follow the rescheduling to 2021 of the Olympic Games, which had been scheduled for Tokyo this year.

Tony Estraguet, president of the organising committee of the 2024 Games in Paris, said the coronavirus crisis “will probably lead to cost overruns that we have not yet fully identified.”

His committee, responsible for all aspects of the 2024 Games except infrastructure, has a budget of 3.8 billion euros, almost all of it from sponsors, but it expects to have to raise 1.2 billion from new sources. It would be “indecent” to seek funding from donors in hard-hit sectors such as tourism, Estraguet said in an interview with the newspaper Le Monde.

The film industry is also vulnerable to prolonged stops. “A film is not like a manuscript, which you can put aside,” a group of film directors seeking French state aid said. “It is a living thing that can perish.” It is not always possible to continue filming with a child actor who has changed physically in a few months, or to resume shooting in July a film set in winter.

Nearly 90 films, either in production or in preparation, were halted when France went into lockdown on March 16. Insurance companies have refused to cover them against risks associated with COVID-19, including huge penalties for failing to deliver a film on time, the directors said in a letter to French Finance Minister Bruno Le Maire.

Adding to the directors’ woes, the 73rd annual Cannes festival, which would normally have taken place May 12-23, was cancelled. Cannes is the world’s premier film festival, and a film selected for showing there can boost its potential audience 10-fold, according to festival president Pierre Lescure.

Cannes is the best known of hundreds of cultural festivals that take place in France each year, and public broadcasters have agreed to help while concert halls and theatres remain closed indefinitely.

“The crisis will be long and will have a durable impact,” said Jean-Paul Roland, director of the Eurockéennes rock festival, which had been scheduled to take place this summer at Belfort, close to the Swiss border, and which had spent 1.2 million euros on preparation before cancellation.

“We should already be talking about who is to take part next year.” 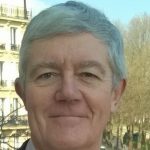 Robert Holloway had a long career at Agence France-Presse as a journalist and editor before becoming director of the AFP Foundation, the international media training arm of the global news agency. A British-born French citizen, he joined AFP in 1988 and served as Sydney bureau chief, foreign editor, head of the English desk in Paris, United Nations correspondent in New York, deputy managing editor and acting editor in chief. He is a member of the board of News-Decoder’s governing not-for-profit.