Will a climate agreement in Paris be good enough?

Hopes for an agreement at a global climate summit in Paris are rising. But will it be enough to stave off disaster?

The presidents of the United States and China have outlined a common vision. The Pope has weighed in. Something has clearly shifted.

With climate change becoming an ever greater concern around the world, there is a sense of anticipation as the 21st United Nations Climate Summit — COP21 — approaches.

Will it finally pull out an accord to tackle global warming after 20 years of summits that failed to do so? If so, how much would that help?

More than 140 countries, including all the main industrial nations, have committed to plans for reducing emissions of the greenhouse gases behind global warming. It is looking possible that an accord will emerge from the meeting in Paris, set for November 30-December 11.

The prospects were given a major lift last month when Barack Obama and Xi Jinping outlined a common vision for a global climate change agreement. They pledged new steps to follow through on promises made last year to cut their greenhouse gas emissions.

In June, in the first papal document, or encyclical, dedicated to the environment, Pope Francis called for swift international action to head off what he saw as environmental ruin.

There would still be climate disasters even if the target were reached.

The headline figure in any accord will be how much it reins in global warming. In 2010, the Cancun summit set a target of capping the average global temperature rise by the year 2100 to 2°C (or 3.6°F) more than in pre-industrial times.

According to one analysis, the emissions cuts countries had offered for COP21 by September would limit warming only to 3.5°C (6.4°F), saving 1°C compared with doing nothing.

What does this mean? Even if warming could be kept to 2°C by the end of the century, sea levels could still rise by as much as six meters, or 20 feet, according to a new study published in July, submerging coastal cities and plains around the world. So there would still be irreversible disasters even if the target were reached.

The target of +2°C is itself under question. An article in Nature magazine a year ago argued this goal should be replaced by indicators measuring stress on the planet like greenhouse gas concentrations, temperatures in the oceans and towards the poles. The Paris summit should move towards this kind of measure, it said.

So any accord will be just a first step towards coordinated global action. Paradoxically, it is the inadequacy of humanity’s response to the consequences of our fossil-fuel addiction that has galvanized diplomatic and political efforts towards an accord in Paris.

From smog in Chinese cities and drought in California to wilder hurricanes and more frequent floods, the consequences are becoming increasingly hard to deny.

Faced with past debacles, diplomats asked countries for their best efforts rather than to adhere to binding targets, and this helped the move towards an accord. What matters most, though, is how any climate pact will be put into practice, observed and hopefully extended in the future towards creating a low carbon economy.

Money could stymie an agreement in Paris.

For this, some entrenched lobbies will have to be confronted and some contradictions weeded out.

That’s because the same industrial nations that will announce emissions cuts at COP21 also continue to back fossil fuels.

An OECD report published in September said such subsidies and tax breaks cost twice as much as the $100 billion a year that richer countries are supposed to be setting aside to help developing countries cope with climate change.

This is important because money could be a deal breaker at COP21. Poorer countries, which disproportionately bear the brunt of climate change, suspect richer nations, which are mostly responsible for greenhouse gas emissions, of not committing enough cash. But the OECD’s figures show that money could be made available by simply reorienting out-dated policies to be compatible with climate change goals.

Private investment is also a huge potential well for climate finance, with $93 trillion under management in OECD countries.

Adding the “Negawatt” approach of targeting energy savings — in other words, reducing demand — into the mix would leverage emissions controls, particularly in rich, energy-hungry countries.

Scientists have said the extent of climate change so far puts the world at three minutes to midnight on the Doomsday Clock. So if there is an accord in Paris, it will be a historic moment.

The real question is, do we have the popular and political will to go further? 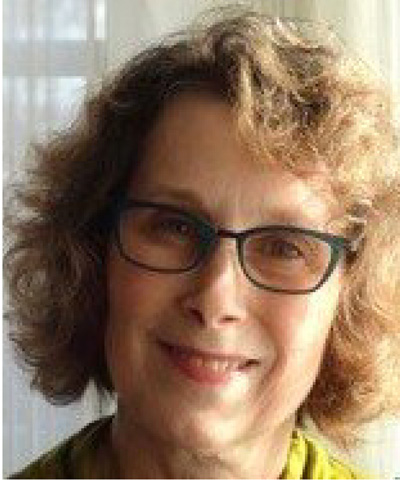