Why care about what’s happening in Turkey?

“Caught in a bad romance…”

But will this week’s electoral setback for Turkish President Tayyip Erdogan and his AKP party mark a new phase in the difficult courtship between Turkey and the European Union?

Europe and Turkey share a long history that goes back to Ottoman times when parts of Central Europe were annexed by the Ottoman Empire.

That Islamic Empire, centered around what is now known as Turkey, stretched at its peak from Tabriz (now Iran) to Hungary.

It was only in 1683 during the battle of Vienna that the Ottoman threat towards Europe was halted. The curtain dropped on the Ottoman Empire at the end of World War One when it was sliced into separate states.

What remained of the empire was Turkey, a secular country that renounced its dreams of an expanding Islamic caliphate.

The first president of modern Turkey was the charismatic Kemal Atatürk, widely considered father of all Turks and a guide for the modern Turkish woman.

Under Atatürk’s rule, women wearing the traditional hijab Islamic headscarf were banned from working in the public sector. The concept of separation between religion and state was molded into an “active neutrality of the state”.

As years went by, the historical foes warmed up to each other again.

Access negotiations between Turkey and the EU started in 2005. But the marriage was never concluded even though there are good reasons for the EU to welcome Turkey:

But there are also reasons for Europe to keep the door shut:

But let’s return to our first question: What effect will the recent elections have on the strained relationship between Europe and Turkey?

For the last 13 years, Erdogan’s AKP has governed Turkey with a tight fist in a single party-government. Now the AKP will probably have to share power, perhaps with the pro-Kurdish HDP party, and may have to drop its neo-Ottoman dreams. 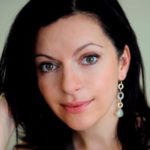 Nadia Dala is a Belgian academic, author and multimedia journalist. She has worked as a reporter in Europe and the Middle East after studying in Tunisia and Egypt, and won the Pascal Decroos Award for excellence in investigative reporting. Her books include portraits of veiled Muslim women and a study of the history of Algeria and the rise of Islamic parties. A Fulbright journalism scholar at American University, she has taught at Georgetown University and is currently senior lecturer at Thomas More college university in Belgium.