Why Britain needs to leave the EU

Today’s European Union is not what Britain originally signed up for. It’s time for the UK to leave the EU and rediscover its global role. 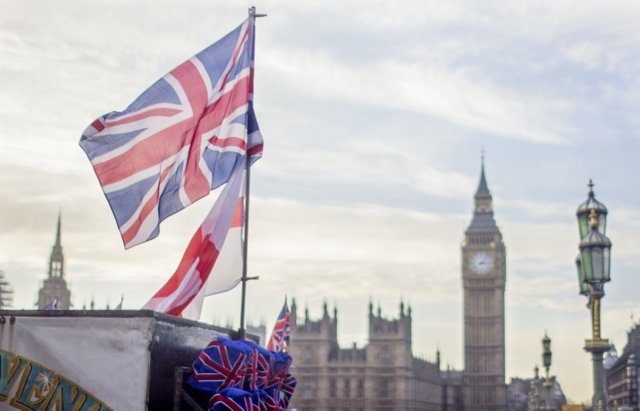 This is part of a series of stories on Britain’s referendum on membership in the European Union that we are running this week.

Britain held a similar referendum in 1975 when it was asked whether it wanted to remain in the then European Economic Union (EEC), or Common Market.

At the time, Britain was the poor man of Europe. “Yes” to membership was portrayed as saying yes to trading and cooperating with our European neighbors, which no reasonable person could disagree with. Concerns about the implications of membership for Britain’s independence and sovereignty were brushed aside. Two thirds of voters chose to remain.

Since 1975, a lot has changed. Britain is now the fifth largest economy in the world. Meanwhile, the continent is still recovering from the disaster of the euro, which has helped decimate the economies of Mediterranean countries like Greece, where youth unemployment is close to 50 percent.

Nowadays, less than half of British exports go to the European Union, and that number is declining as modern technology — the Internet, cheap flights, Skype — diminishes the importance of geographical proximity.

This is not the Europe we signed up for.

Perhaps even more impressive than the economic change has been the political change that has occurred within the EU.

Contrary to what Britain had hoped, the EU is not a loose arrangement of democratic nation states trading and cooperating together. Instead, it is a political entity centered on ever closer political union, with the aim of creating a United States of Europe.

British voters are rightly concerned that the EU should be seeking to acquire the trappings of statehood.

To a large extent, it has already succeeded. It has a defined territory, a common citizenship for its population of 508 million, a currency, a president, a criminal justice system, a foreign minister, legal personality, treaty-making powers, a flag and a national anthem.

And it wants more. The EU agenda is always more Europe. As German Chancellor Angela Merkel put it, “We need a political union, which means we must cede powers to Europe and give Europe control.”

This is not the Europe we signed up for. Most British people wanted trade, cooperation and good relations between European countries for the benefit of Britain and the Continent, not a political merging of European countries as diverse as Britain, Greece, Portugal and Romania into a super state governed by a distant elite in Brussels.

The British public should decide on matters that affect it.

The EU now influences aspects of our lives we could never have imagined, from opening Britain’s borders to the other 27 EU countries to determining how powerful our vacuum cleaners can be.

Those who defend British membership in the EU say the EU generally makes the right decisions for us, so we should let them get on with it. But that misses the point.

This is not about what level of migration is ideal, or how powerful our vacuum cleaners should be. The point is that the British public should decide on matters that affect it through its elected representatives in Westminster.

The House of Commons Library estimates that the EU makes as much as 55 percent of laws pertaining to Britain. What happens when the EU makes decisions we don’t like? What mechanism do we have for correcting the EU’s mistakes, when lawmakers cannot propose legislation in the European Parliament and when British members of parliament are a minority of members?

We have witnessed our powerlessness to do anything to re-establish control over immigration from the EU. That may not worry some people, but what will those people do when in the future the EU passes into law something with which they disagree?

The British public was never told that joining the EU would lead to the erosion of our independence and our sovereignty. In fact, they were explicitly told it wouldn’t.

In 1973, then Prime Minister Edward Heath made a television broadcast marking Britain’s accession to the EEC in which he said:

“There are some in this country who fear that in going into Europe we shall in some way sacrifice independence and sovereignty. These fears, I need hardly say, are completely unjustified.”

Prime Minister David Cameron’s recent EU deal was meant to reassure voters by transferring powers from Brussels back to Westminster. But while Cameron had originally set out for fundamental treaty change, he returned from Brussels with only a few minor concessions and non-legally binding promises.

The prime minister ended up having to boast that Britain wouldn’t be made to join the euro zone or the Schengen zone of borderless travel, proposals that no one had been making in the first place.

Cameron’s thin-gruel deal backfired. Instead of demonstrating that Britain had influence in Europe, it showed the opposite: that Britain had given up powers to Brussels that it could not retrieve while remaining a member of the EU.

The prime minister of Great Britain had gone to Brussels with a clear democratic mandate to return powers to Westminster, and the EU had showed itself indifferent to the concerns of British voters: it was either unable or unwilling to reform.

Those who would like us to stay argue that we should remain in the EU in order to reform it. They must think that the British public has a very short memory indeed.

A vote to remain is a green light to a United States of Europe.

The choice facing us is serious, but not very difficult.

On the one hand, Britain can vote to remain in a dysfunctional EU, whose remote elites do not care particularly about the needs and concerns of the British people because they have no emotional investment in our country, which is to become a mere province of the greater European super state, anyway.

A vote to remain is a green light to a United States of Europe. There is no such thing as a qualified “Remain” vote because EU bureaucrats will interpret “Remain” in the way that provides the least obstacle to the fulfillment of their project.

Put simply, they’ll hear what they want to.

A vote to remain would also be an endorsement of the Remain Campaign, which has consisted of relentless scaremongering about all of the horrors that purportedly will be visited upon us if we have the temerity to vote to leave – from World War Three and economic ruination, to global irrelevance and the universal detestation of Britain, to a coup for the Islamic State and a delay in finding the cure to cancer.

Alternatively, Britain can vote to regain its sovereignty and once more become an independent country that trades and cooperates with countries in Europe, the Commonwealth and around the world, while living under our own laws. In leaving the EU, we would re-join those prosperous and happy non-EU European countries like Norway, Switzerland and Iceland, whose populations all back their respective arrangements with the EU over the EU membership they rejected.

A vote to leave would give a renewed sense of national purpose.

The rest of the world awaits. This is a chance for this trading nation to rediscover its global vocation.

Britain would retain and perhaps even amplify its influence on the world stage. It is not the small player that Remainers suggest it is. Britain is the fifth largest economy, it has the fourth greatest military and diplomatic clout, it is the world’s number one soft power, it has the world’s most widely studied language, one of the world’s greatest capitals, one of five permanent seats on the United Nations Security Council, membership in the Commonwealth, membership in NATO, the IMF and host of other international organisations.

A vote to leave would give a renewed sense of national purpose and optimism. It would re-establish and strengthen our democracy while reaffirming our self-belief. A vote to remain would demoralize, perhaps even extinguish, both.

For a Europe of independent, democratically self-governing nation states, trading and cooperating together: Vote Leave.

Oliver Neale is a recent Philosophy graduate from the University of Bristol. He has British and French nationality, but has always lived in England. His British, English, French and European identity has no implication for his views on the European Project. He thanks Daniel Hannan, author of “Why Vote Leave,” for spelling out the pro-Leave argument. Neale publishes on British Politics and the EU referendum at www.from-the-white-cliffs.co.uk.