Decoder: WHO is world health boss, without a cudgel

Its mission is to protect the world’s health. But the WHO is beholden to its 194 member nations and lacks enforcement powers. 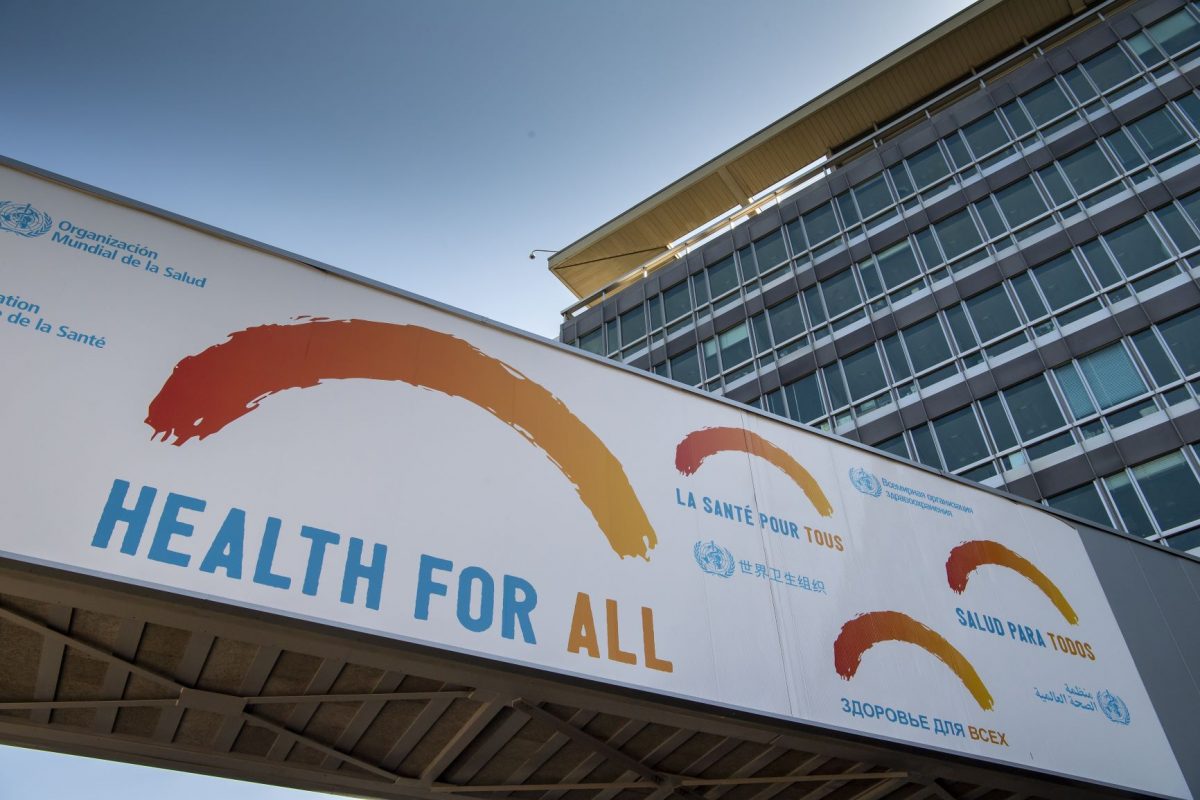 The COVID-19 pandemic has thrust the World Health Organization (WHO) onto center stage as nations around the globe struggle to contain a novel virus that is killing people in nearly every country and has forced billions into lock-down.

With his eye on the November U.S. election, President Donald Trump has denounced the WHO, even in the midst of a public health pandemic that is hobbling the U.S. economy. Ever the iconoclast, Trump has accused the Geneva-based international organization of “severely mismanaging and covering up” the spread of the virus.

Criticized by opponents of failing to protect Americans against the virus, Trump angrily suspended U.S. contributions to the WHO, depriving it for the time being of nearly 10% of its 2019 budget. But no other country has followed the United States’ lead.

So, is the WHO to blame for the destructive sweep of COVID-19?

The WHO’s achievements are laudable, but it’s strapped.

“The objective of the World Health Organization shall be the attainment by all peoples of the highest possible level of health.” So states the constitution of the WHO, which started operations in 1948.

“WHO works worldwide to promote health, keep the world safe and serve the vulnerable,” the organization says on its website. “Our goal is to ensure that a billion more people have universal health coverage, to protect a billion more people from health emergencies and provide a further billion people with better health and well-being.”

The WHO coordinates global health, works to raise standards of health in developing countries and facilitates international research.

In its 72 years of existence, the WHO has carved quite a few notches in its belt. It has played a leading role in eradicating smallpox and in nearly wiping out polio. It has spurred development of a vaccine against Ebola and is working to combat communicable diseases including HIV/AIDS, malaria and tuberculosis.

In the area of non-communicable diseases, it helps lead the fight against heart disease, cancer and drug abuse, and promotes food security, healthy nutrition and occupational health.

But the WHO is beholden to its 194 member states, which do not always see eye-to-eye, and it has no enforcement power. It must rely on diplomacy and political savvy to exert influence.

“If something fails, it’s the WHO’s fault,” News Decoder correspondent and CNN senior health editor Maggie Fox said. “It can’t tell anybody to do anything. It must be invited to help.”

Has the WHO tried to increase its enforcement powers?

Over the last decade, the WHO has sought to bolster its power to enforce regulations and exert influence, with scant progress.

In 2005, after receiving widespread praise for its response to the outbreak of Severe acute respiratory syndrome (SARS) in 2002-04, the WHO toughened up the International Health Regulations, a legal document to which all member states are bound.

The regulations commit WHO member states to report public health emergencies of international concern and to strengthen national preparedness and response systems. They empower the WHO to declare an international public health emergency over the objection of any single country, as it did in late January when COVID-19 was mostly contained to China and surrounding Asian nations.

Still, the document stopped short of giving any substantial enforcement powers to the WHO.

“WHO members were happy with the actions that were taken during SARS, but there was definitely a sense afterward of ‘What if that was us in China’s spot?’,” Catherine Worsnop, a professor at the University of Maryland School of Public Policy, told the Guardian newspaper.

Wornsop was referring to the tough stance the WHO took against China for covering up the SARS outbreak. The WHO’s then director-general, Gro Harlem Brundtland, did not mince words, saying the outbreak could have been contained “if the WHO had been able to help at an earlier stage” and exhorting the Chinese to “let us come in as quickly as possible!”

In an embarrassing reversal, China quickly fell in line and shared its data with the WHO.

Put simply, countries want the WHO to be decisive against countries mismanaging outbreaks — except when they’re the ones bungling the response.

How the WHO exerts influence in health matters

In mid-January, after China refused the WHO’s request to send a team of observers to Hubei province, the original epicentre of the outbreak, Tedros opted not to call China out and instead arranged for a closed-door meeting with Chinese leader Xi Jinping in Beijing. Two days later, Tedros praised China’s efforts, saying they were “setting a new standard for outbreak control.”

A week later, China finally allowed WHO observers into the country.

Tedros’s supporters praised his diplomatic savvy and ability to balance the interests of the WHO’s 194 member states, while critics said it was too little, too late and accused Tedros of being soft on Beijing.

Still, Tedros leads a very different WHO than the one Brundtland headed two decades ago during SARS. It is significantly smaller, underfunded and more on the defensive. What is more, the WHO’s biggest backer, the United States, has become a critic, while China is a defender.

So is the WHO to blame for the current health situation?

In the final analysis, the responsibility to protect citizens’ health lie with each country’s own leaders, not the WHO.

Trump waited six weeks before taking strong action, despite early warnings from intelligence agencies, health experts and the WHO.

Elsewhere, governments have ignored the WHO’s advice. Britain initially refused to close schools or businesses, arguing that the country needed to develop “herd immunity.” Britain eventually relented as the virus impaired the health of an increasing number of people, including Prime Minister Boris Johnson. The Netherlands and Sweden have also gone largely their own ways.

Even defenders of the WHO acknowledge it is far from perfect and note that its decisions during the current health outbreak — including its dealings with China during the initial phases of the crisis — deserve scrutiny.

But world leaders cannot be let off the hook. If they are allowed to absolve themselves by shifting blame to the WHO, which lacks the powers to take strong action, we’ll lose the chance to draw necessary lessons from this extraordinary period.

(Read more News Decoder articles on COVID-19 including our decoder on how the WHO manages public health crises.)

Dylan Carlson-Sirvent is an intern at News Decoder. He currently lives in Paris, where he is learning French and taking guitar classes. Carlson-Sirvent will start his university studies at Yale College later this year. He loves reading, playing music and learning languages.