What’s next for the friendless Rohingya?

State-sponsored attacks on Myanmar’s Rohingya have created a humanitarian crisis and stoked worries of a prolonged insurgency that draws jihadists. 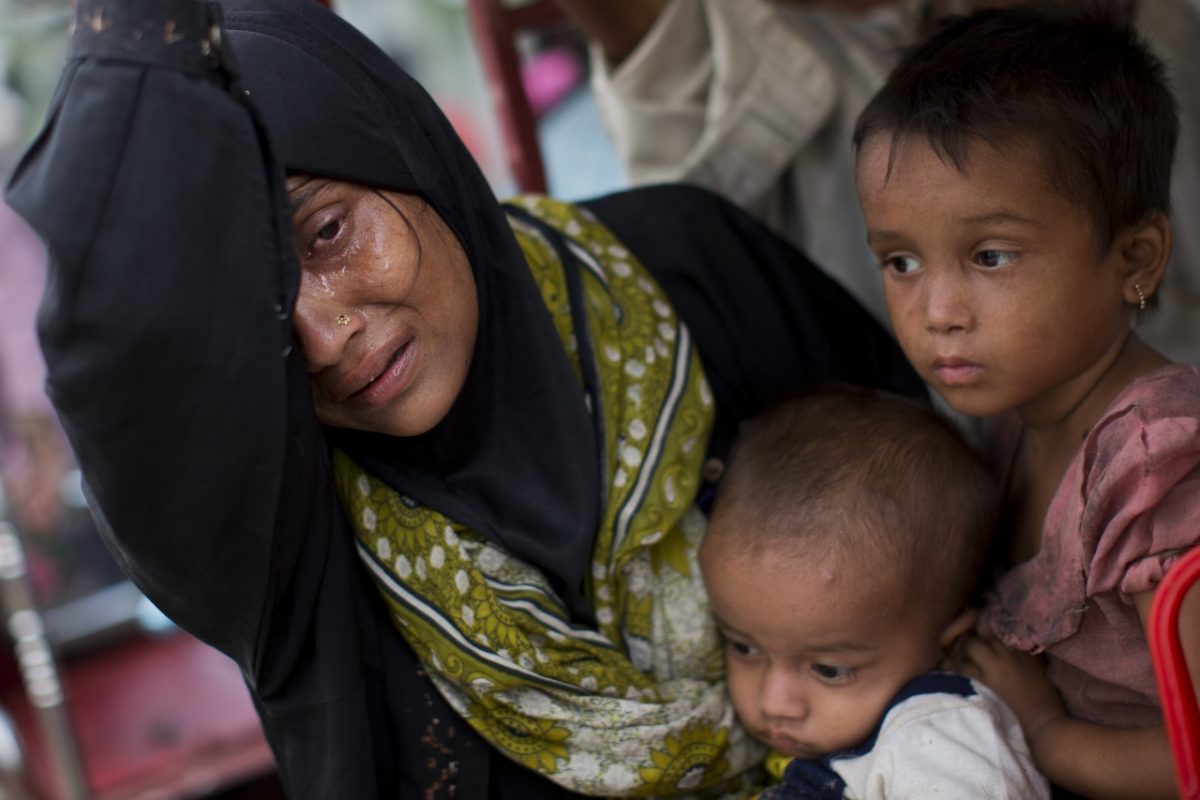 A Rohingya woman arrives with her children at Kutupalong refugee camp after crossing from Myanmmar to the Bangladesh side of the border, 5 September 2017. (AP Photo/Bernat Armangue)

Stuart Grudgings covered the Rohingya while working as Malaysia bureau chief for Reuters between 2012 and 2014. He interviewed refugees, community leaders and human trafficking agents as part of an award-winning series of investigative stories tracing the exodus of the Rohingya through Thailand to Malaysia.

As I heard scores of witness accounts in 2013 by Rohingya refugees who had fled western Myanmar for the safety of Malaysia, I often wondered: How long before they fight back?

Now some of them have, after the classic grounds for an armed insurgency were laid by years of state-backed persecution that have left the impoverished Muslim ethnic minority with the tag of the world’s most hated, friendless people.

The predictable result of recent attacks by Rohingya rebels is a massively disproportionate response from Myanmar’s military which, according to multiple witness accounts, has razed entire Rohingya villages and is targeting civilians in a vicious bout of ethnic cleansing.

The plight of the roughly one million Rohingya — stateless people from Rakhine State on Myanmar’s western coast — elicits little sympathy among the country’s majority Buddhist population. Most share the government’s position that the Rohingya are “Bengalis” — immigrants from Bangladesh with no legal rights.

The exodus of an estimated 125,000 Rohingya fleeing Myanmar for neighboring Bangladesh in the past two weeks dwarfs those following previous upsurges of violence, and has swiftly become one of the world’s worst humanitarian crises.

A magnet for extremists

Beyond that, it threatens to have long-term security and diplomatic repercussions for Myanmar and the wider region. It raises the prospect of a prolonged insurgency in western Rakhine state that will serve as a rallying cry for jihadists from Pakistan, to Indonesia, to the southern Philippines.

ARSA’s recent rise will in turn give new oxygen to influential Buddhist nationalist monks who peddle racist and alarmist tropes against Muslims.

Although ARSA has played down any religion-based grievance, images of Muslims being killed and driven from their homes are already being used by one leading Indonesian Islamist group to issue calls for volunteers to join a jihad in Myanmar.

ARSA is believed to receive funding from Saudi Arabia, where it was founded by Rohingya émigrés, according to a report by the International Crisis Group, which also found that some of its leaders had likely trained with Islamic militants in Pakistan.

It is not hard to see how the conflict could become a magnet for extremists at a time when Islamic State’s “caliphate” is on the wane in the Middle East.

The government has gone backwards on human rights.

The violence casts a further pall over Myanmar’s emergence from military rule.

Under the de-facto rule of Nobel laureate and democracy icon Aung San Suu Kyi since last year, the government has in many ways gone backwards on human rights, cracking down on journalists and activists and stepping up the army’s fight against other ethnic minority groups such as the Kachin and Shan.

Far from maintaining a detached silence over the Rohingya, Suu Kyi has actively defended the army’s actions, accused international aid agencies of helping “terrorists” and tried to discredit findings of atrocities against the Rohingya by journalists and human rights groups.

There is little to hold back the region’s authoritarians.

The Rohingya crisis can be seen as part of a pronounced deterioration in human rights in Southeast Asia in recent years.

With the U.S. administration of Donald Trump showing signs of abdicating America’s traditional role as a moral enforcer, there is little to hold back the region’s authoritarians.

Trump has praised Philippine President Rodrigo Duterte for doing an “unbelievable job” with his bloody anti-drug campaign that has killed around 9,000 people.

Cambodia’s government this week charged the main opposition leader with treason and forced the shutdown of a respected newspaper. Thailand is into its fourth year of military rule, and Malaysia’s opposition figurehead Anwar Ibrahim is back behind bars on sodomy charges as the government there invokes nationalist and Islamist sentiment to keep a grip on power.

Despite outrage being voiced by Muslim countries over the persecution of the Rohingya, which a United Nations report in February found likely constituted “crimes against humanity,” the chance of strong international action to bring Myanmar’s army and Buddhist nationalists to heel appear slim.

Washington and other major powers are distracted by the sharpening North Korean nuclear threat, and Myanmar can likely count on Russia and China to block any formal censure by the U.N. Security Council.

As for the 10-member Association of Southeast Asian Nations (ASEAN), the crisis is likely to again expose its stark limitations in addressing fellow members’ internal problems, even when they have clear knock-on effects for the whole region.

The “ASEAN Way” — the group’s method of discrete, non-conflictual cooperation and non-interference in one another’s internal affairs — has foundered in recent years in dealing with transnational threats, from China’s assertive moves in the South China Sea to the annual swathes of choking smog caused by burning farmland in Indonesia.

Four years ago, I listened to harrowing accounts of Rohingya families who had risked their lives in overcrowded fishing boats, seen friends drown and their children starve, and spent months being abused by human traffickers in Thailand en route to Malaysia. I thought they must be the unluckiest people in the world.

Compared to those left behind, they now seem like the fortunate ones.