‘We Flap Our Wings Of Fire’ – in honor of Ukrainian refugees

A poem by an Indian humanitarian honors refugees fleeing the destruction wrought by Russia’s invasion of Ukraine. 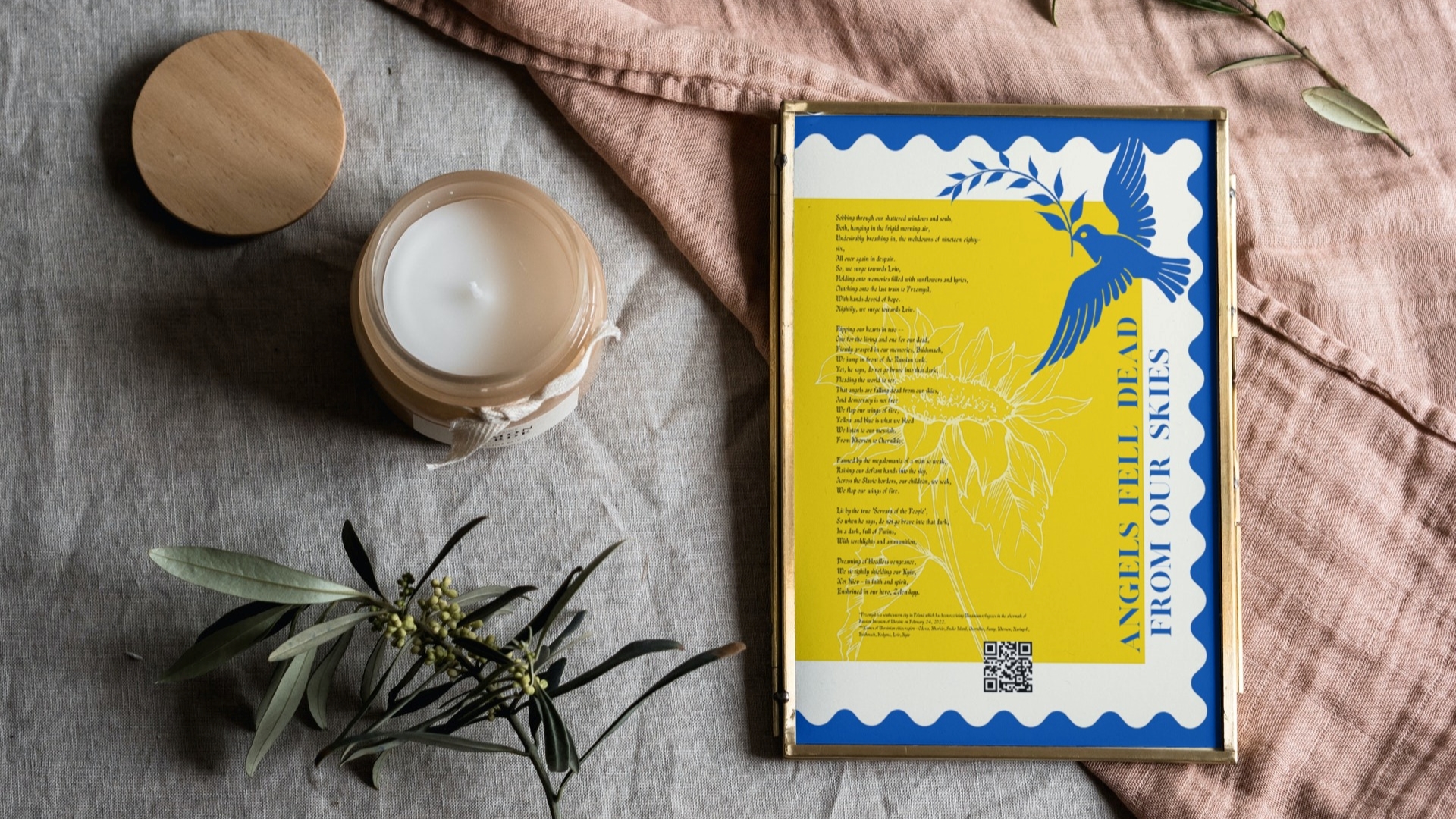 We Flap Our Wings Of Fire

Do not go brave into that dark, he said
Raising our defiant hands into the sky,
We flap our wings of fire.
Covered in smoke and flames,
Chastening our baby strollers with Molotov cocktails,
And our wedding aisles with gunpowder,
Clasping our mothers’ hands and a gray cat,
Our wintry sky and frozen promises,
We flap our wings of fire.
In the name of humanity,
We fortify our beaches,
At the Black Sea and the Sea of Azov,
We sing of Odessa in a snowstorm,
We sing of you, Kharkiv.
We sing of you, the Snake Island,
And we see you, Russian Warship!
Hopelessly hoping—
We lament at the banks of Pripyat,
For the skies to close down,
We lament on the streets of Mariupol’,
For the carnage to die down.

Yet, he says, do not go brave into that dark,
So we gather in Kodyma to weave,
Our camouflage throughout the day,
Our prayers throughout the night,
We count ancestral bones in mid-afternoon,
Of the Ukrainian might.
We anoint our daggers with oil of patriotism,
We orchestrate a tragic symphony,
Behold! The world engraves on its heart,
In slow motion, Slava Ukraini.

Giving births in bomb shelters,
In makeshift basement hospices,
We pack our socks and four cups of milk,
We bid farewell to our kinsmen and their crosses,
Buried in mass graves, wrapped in silk.

We run through the twisted ruins of crushed vehicles,
Crushed bodies of Sumy,
All reeling for ignition.
Squalling, do not go brave into the dark,
We surge towards Lviv.
Sobbing through our shattered windows and souls,
Both, hanging in the frigid morning air,
Undesirably breathing in, the meltdowns of nineteen eighty-six,
All over again, in despair.
So, we surge towards Lviv,
Holding onto memories filled with sunflowers and lyrics,
Clutching onto the last train to Przemyśl,
With hands devoid of hope.
Fleeing the bloodbath, we surge towards Lviv.

Ripping our hearts in two—
One for our living and one for our dead,
Firmly grasped in our memories, Bakhmach,
We jump in front of the Russian tank.
Yet, he says, do not go brave into that dark,
Pleading for the world to see,
How angels are falling dead from our skies,
And how democracy is not free.
We flap our wings of fire,
Yellow and blue is what we bleed
We listen to our messiah.
From Kherson to Chernihiv.

Fanned by the megalomania of a man so weak,
Raising our defiant hands into the sky,
Across the Slavic borders, our children, we seek,
We flap our wings of fire.

Lit by the true ‘Servant of the People’,
So when he says, do not go brave into that dark,
In a dark, full of Putins,
With torchlights and ammunition,
Dreaming of bloodless vengeance,
We sit tightly shielding our Kyiv,
Not Kiev – in faith and spirit,
Enshrined in our hero, Zelenskyy.

**Przemyśl (pronounced “p-SHEH-mih-shuhl”) is a southeastern city in Poland that
has been a reception point for Ukrainian refugees in the aftermath of the Russian
invasion of Ukraine on February 24, 2022. 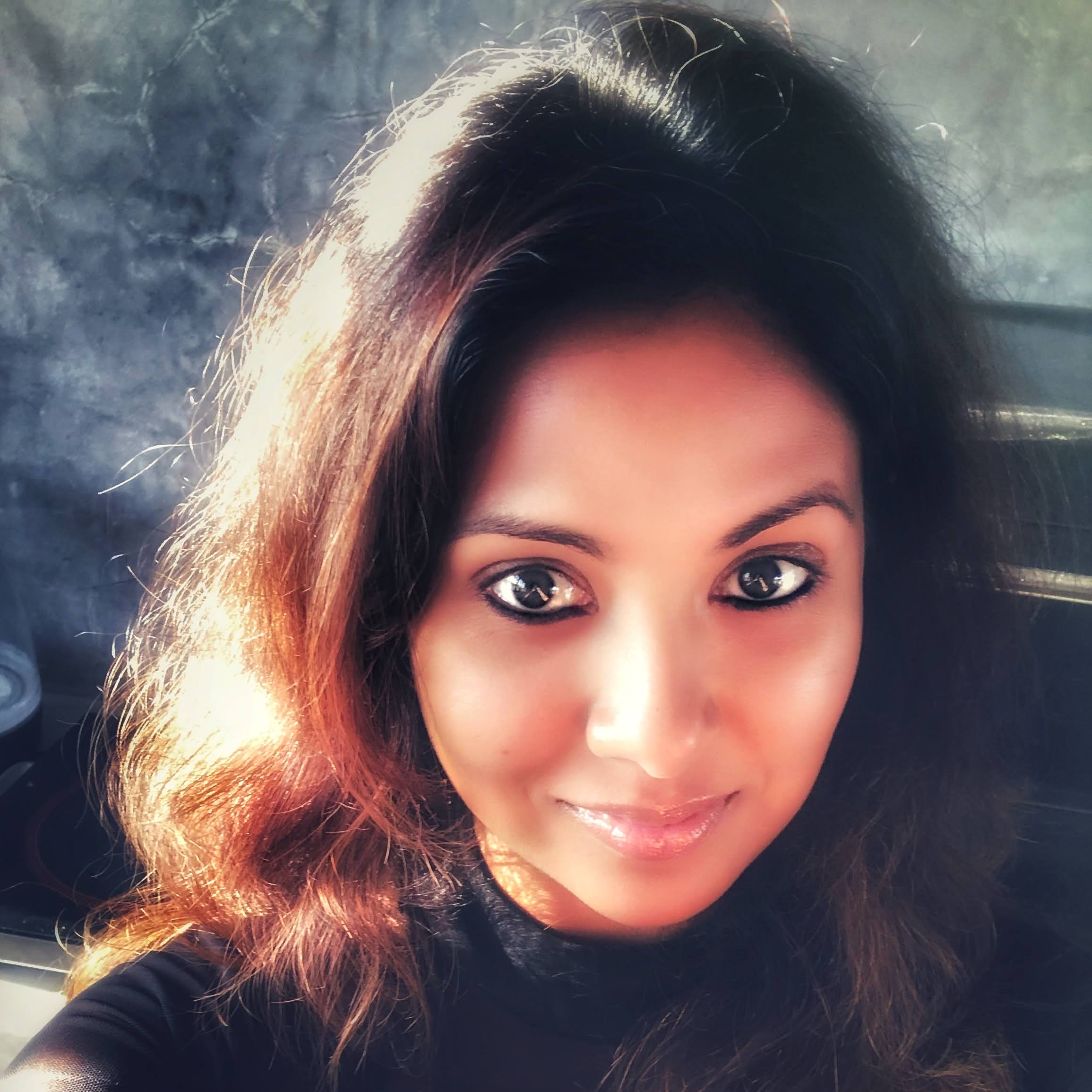 Urvashi Bundel is the author of Unapologetically Feminist, a feminist anthology published in March 2022 that explores themes like refugees and women's rights. She is a humanitarian who has worked at the United Nations High Commissioner for Refugees and the United Nations Office for Project Services. She holds degrees from the Johns Hopkins School of Advanced International Studies and Ritsumeikan Asia Pacific University in Japan, and academic recognitions from Leiden University and Melbourne Law School.