Logistics in war is hardly glamorous. But the first phase of Russia’s invasion of Ukraine exposed fateful failures in the attacker’s military support system. 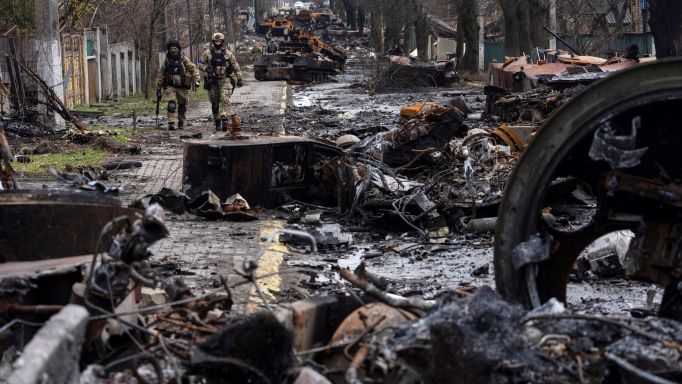 Tara Heidger served in a U.S. Brigade Support Battalion with 1st Infantry Division in Baghdad, Iraq from 2007-2008. She supported logistical planning and execution as an intelligence analyst.

War stories tend to be reported from the front lines of battle. While these stories are captivating, they often overlook the important supporting elements, or logistics, of combat.

How do soldiers get their bullets when they join the battlefield? Where does their clean drinking water come from? And their fuel? Who ensures there is medical equipment available should someone get hurt? Who comes to get a vehicle and fix it or tow it away when it breaks down?

These aspects of war occur in the shadows, and support soldiers can receive little public acknowledgement or recognition for their work unless they fail to keep up with the demands of war.

In recent weeks, I watched the first phase of Russia’s invasion of Ukraine turn into a logistics nightmare hampered by the complexities of war. What initially seemed a relatively straightforward invasion by Russian forces into neighboring Ukraine turned, according to on-the-ground news reports, into a soldier’s nightmare of equipment losses, broken down vehicles, fuel shortages, hungry troops and medical crises.

As the world watched Russia’s military sit on the border for weeks before the invasion, I had assumed that care was being taken to ensure required materials were on hand to support the mission to take Kiev, 380 kilometers from Russia’s border. But as the invasion unfolded, observers noticed that some elements of the Russian military were underprepared, undertrained and undersupported.

There were images of abandoned vehicles, hungry conscripts turning themselves in and overloaded ammunition trucks driving on gravel roads — red flags of a military operation gone wrong.

Since the start of the invasion, I have often thought about my time as a soldier in Baghdad working in a support battalion, where we were tasked with meeting the medical, mechanical and transportation needs of our counterparts in light infantry.

My unit was responsible for supplying water, bullets, fuel, medical equipment and food. We planned and executed convoys that traveled around Iraq while we managed base support operations ensuring the needs of more than 5,000 soldiers on our small outpost south of the capital were met.

When one of our infantry units was hit by a roadside bomb, soldiers protected it while support troops mobilized recovery vehicles to tow it back to base. When a soldier was hurt in battle, our unit provided a small clinic to stabilize them before airlifting them to a larger base. When troops were tired, hungry or thirsty, they got the rest, food and the potable water they needed whenever and wherever possible.

Watching Russian soldiers leave vehicles on the roadside and tanks disabled across Ukraine, I think of how I was taught to never leave a disabled vehicle, soldier, body or unit anywhere on the battlefield.

I spent days learning preventative maintenance — checking truck tires, oil levels and weapons each day to make sure they were ready. We made sure trucks did not exceed their load capacity, that the roads could support vehicles and that they had adequate oil, clean windows and the weapon systems for long days on the road.

We had on standby “fix forward” mechanics who were taught to get vehicles back up and running in the heat of battle. We trained and deployed using “Meals Ready to Eat” — highly caloric food that can nourish soldiers for weeks and are distributed to soldiers before any mission.

We briefed soldiers on supplies, support, logistics, firepower, intelligence, road conditions and basic lifesaving skills. We required soldiers to rest and had plans that allowed for refuel, resupply and basic human care in battle.

Russia’s convoy was a sitting duck.

During the first phase of the war in Ukraine, Russian forces seemed not to follow the same script. A portion of Russia’s military in Ukraine has reportedly been conscripted, meaning they are forced to fight the military. They are reported to have little logistics training.

Videos on social media have shown trucks overloaded with ammunition. The large number of vehicle accidents suggests Russian solders are not getting rest. Morale is reportedly low. Some food with Russian units apparently has an expiration date of 2002.

Because Russia did not seize control of Ukraine’s rail network, the long convoy leading into Kiev in the early weeks of the war was forced to circulate on a single-lane highway. When a tank or truck broke down or ran out of fuel, other vehicles had to go around it, snarling traffic in both directions. Supply trucks were unable to drive the length of the convoy to resupply units or to clear the road.

To this intelligence analyst, the convoy was a sitting duck. Mud on either side of the road made leaving the highway difficult for overburdened trucks, and the tanks were too heavy for many types of gravel or country roads. Add to this the reported lack of supply vehicles and troops, and it is understandable why Russia may have had difficulty sustaining a full-scale invasion.

Alleged war crimes in Ukraine point to a frustrated, tired and desperate military with low morale and lacking logistical support and equipment. Despite upbeat comments from Russian President Vladimir Putin, the Kremlin’s decision to focus on the pro-Russia area of Donbas, which can be supplied by trains, suggests it has abandoned its early efforts to take Kiev and the whole of Ukraine.

Russia has yet to acknowledge any significant losses of equipment across Ukraine, and its estimates of soldiers killed in battle are far below estimates by Ukraine or the West.

Russia’s incursion in Ukraine highlights the critical importance of the logistics soldier and has thrown a harsh spotlight on the invaders’ failure to prepare and supply their troops in the first phase of the war. 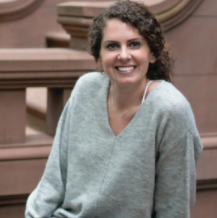