Following the Philippines’ play book, Sri Lanka has re-instated the death penalty for drug dealers, shrugging off criticism from rights groups and the EU. 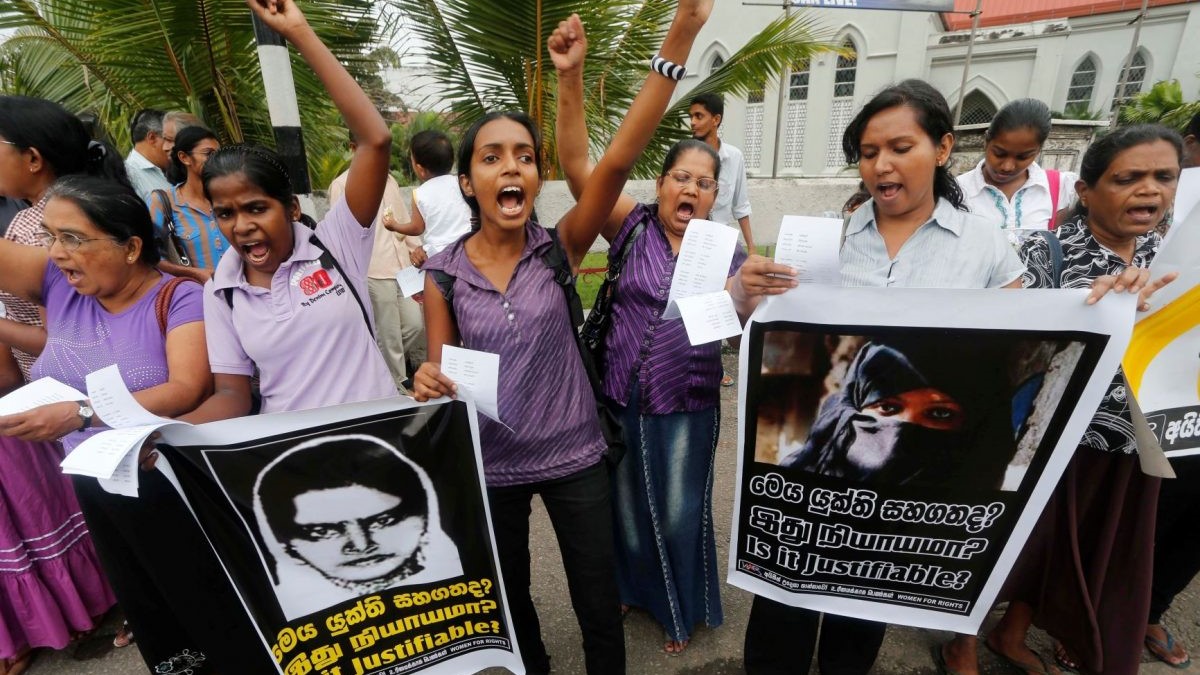 What do Philippine President Rodrigo Duterte and Sri Lankan President Maithripala Sirisena have in common?

Both believe the death sentence for drug trafficking will reduce the use of illegal drugs. And both are mobilizing the military to crack down on drug traffickers.

While the politician may hope the cabinet decision shores up his political standing ahead of crucial elections, human rights groups have denounced the strong-arm tactic as ineffective and inhumane. And the European Union has threatened to punish Sri Lanka economically.

This year, anti-narcotics police in Sri Lanka have seized increased amounts of illegal drugs as part of a crackdown on dealers, including some directing sales from inside of prisons.

The big heroin haul last month prompted Sirisena’s cabinet to re-impose capital punishment for drug traffickers and to approve a proposal for a special law allowing the military to join police in combating drug dealing.

While capital punishment is legal in Sri Lanka, no one has been put to death since 1976. Any order to impose the death penalty would have to be signed by the president.

Even some members of Sirisena’s cabinet criticized the move. “I am opposed to the death penalty, but I supported it as a collective cabinet decision,” Finance Minister Mangala Samaraweera said.

The head of the government’s Human Rights Commission of Sri Lanka issued a letter to the president condemning the cabinet’s move and urging the government to implement long-term policies to address drug dealing, including using technology to curb convicted drug dealers’ contacts with the outside world.

Deepika Udagama said major drug dealers had been helped “through political connections and also from certain elements within the law enforcement establishment.”

Amnesty International called on Sri Lanka to pull back from its plan and to preserve its positive record in shunning capital punishment, while the EU denounced the plan and threatened to withdraw preferential tariffs for Sri Lanka’s exports to the EU.

Human rights activists see the cabinet’s move on capital punishment as a means for the president to shore up support. Sirisena has been facing a revolt by some of his own supporters including several former ministers who have turned to ex-President Mahinda Rajapaksa.

Rajapaksa has picked up political momentum in recent months as the government struggles to control rising prices and corruption.

In recent years, Sri Lanka has reaped international praise for not resorting to capital punishment. Between 2005 and 2013, the island nation pleaded with Saudi authorities to lift a death sentence on a Sri Lankan maid who in 2005 was minding a child who accidentally suffocated to death.

Saudi Arabia ignored the plea and executed the maid in early 2013.

It’s not clear whether the government will actually resort to capital punishment. Over the past four decades, governments have re-imposed the death penalty at least three times, only to back down in the face of local and international pressure.

Marcus’s organization defends worker rights in the country’s free trade zones and has spearheaded a drive to restore preferential tariffs for Sri Lankan exports to Europe. He said the EU should be pushing Sri Lanka to adopt policies protecting freedom of association and collective bargaining.

“The EU, instead of raising their voice on the death penalty, should make sure the government is sticking to its side of the bargain in return for preferential tax concessions,” he said, adding that the death penalty has been proven in many countries to be ineffective in reducing crime.