The International Criminal Court was meant to help rid the world of war crimes. But impunity still reigns. And the U.S. now wants the ICC to die. 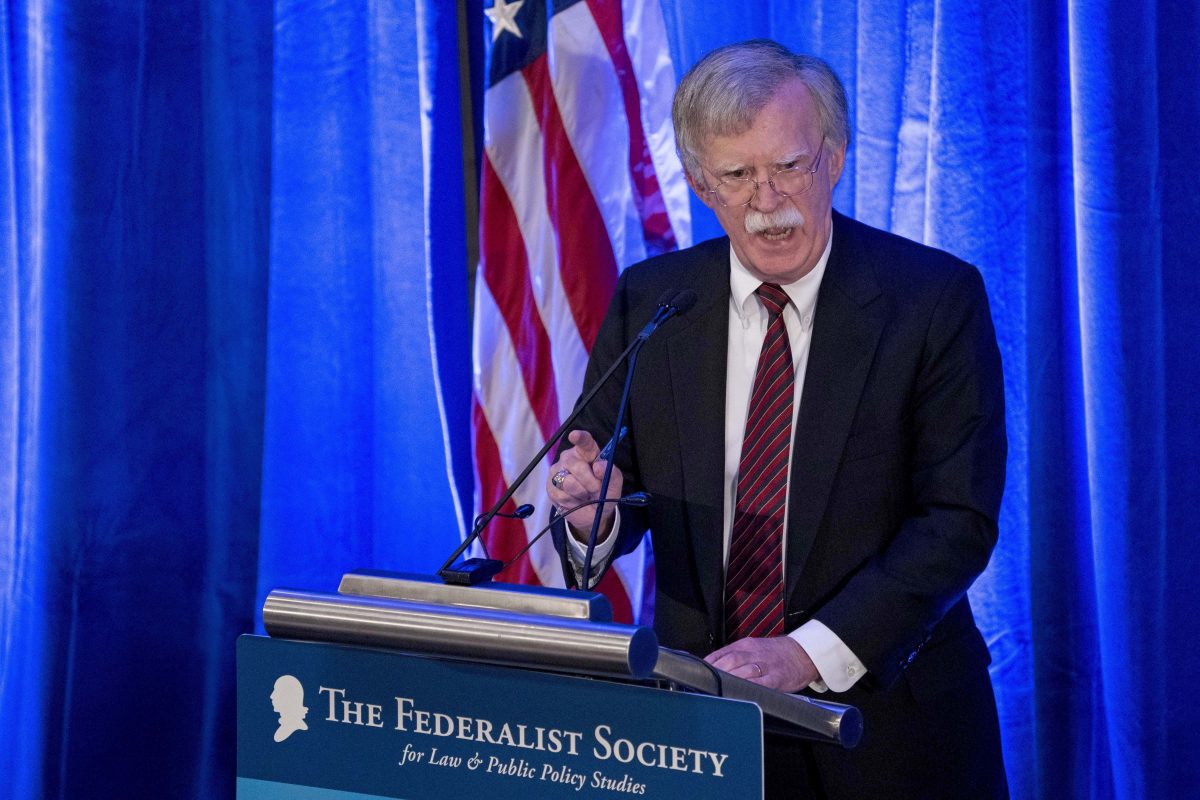 When the world’s first permanent court for the prosecution of murderous dictators and war criminals opened for business in 2002, its backers around the globe had high hopes that the threat of being brought to justice would act as a deterrent to leaders bent on mass murder, genocide and crimes against humanity.

Those hopes have faded, along with the aspiration to “put an end to impunity,” which was stated in the preamble of the 1998 Rome Statutes. Those statutes led to the establishment of the International Criminal Court in the Dutch city of The Hague.

The ICC fell short of its lofty aims. Impunity reigns from Syria and Myanmar to Yemen — the three countries with the bloodiest conflicts at present.

The use of toxic gas; bomb attacks on civilians, on hospitals, schools and aid convoys; torture and  murder of prisoners; mass rape; forced starvation; burning down villages in the pursuit of “ethnic cleansing” and other atrocities prompt complaints from human rights groups, Western governments and the United Nations.

But they carry no consequences for the perpetrators — as long as powerful countries shield them.

So what happened to the concept that there should be an international court from which no government leader, warlord or rebel chief could hide?

In a nutshell: geopolitics.

“We will let the ICC die on its own.”

That is the reason why neither Syrian President Bashar al-Assad, nor the Burmese generals accused of mass killings of Rohingya Moslems, nor the leaders of the Saudi-led coalition responsible for air strikes killing thousands of civilians are likely ever to see the inside of an ICC courtroom.

The limits on pursuing international justice stem from the Rome Statutes, which gave the ICC authority to investigate and prosecute individuals accused of war crimes, genocide and crimes against humanity in countries that are “members of the court, countries that self-refer or if the (U.N.) Security Council refers cases to the court.”

Of the five permanent members of the Security Council with the power to exercise what has been termed the “geopolitical veto,” only two (Britain and France) are party to the Rome treaty. The United States, Russia and China are not. Neither are Syria, Yemen and the countries involved in the conflict there: Saudi Arabia, the United Arab Emirates (UAE) and Iran.

Russia and China have used their Security Council veto to block investigations into the Assad government’s use of chemical weapons and bomb attacks on civilian areas. China, an ally of the Myanmar government, would likewise block action against the Myanmar generals. Saudi Arabia and the UAE can count on the backing of the United States, their main arms supplier.

The American position on ICC has been controversial from the beginning and has become more so since Donald Trump became president in 2017. The Bill Clinton administration signed the Rome Statutes in 2000, but they were not ratified by the Senate, and Clinton’s successor, George W. Bush, declared that the United States would not join.

In September, Trump’s national security adviser, John Bolton, called the ICC an “illegitimate court” and said in a fiery speech to a conservative group: “We will not cooperate with the ICC. We will provide no assistance to the ICC. We will not join the ICC. We will let the ICC die on its own. After all, for all intents and purposes, the ICC is already dead to us.”

”The U.S., once the linchpin of the international system, is turning into a rogue state.”

Even for Bolton, who has campaigned against the ICC for two decades, the language was unusually harsh. But a follow-up statement from the White House was just as hostile, saying that the powers granted to the ICC posed “a significant threat to United States sovereignty and our constitutional protections.” It insisted that the ICC had no jurisdiction over U.S. personnel.

The angry reiteration of U.S. policy was prompted by a statement from the ICC’s chief prosecutor, Gambian lawyer Fatou Bensouda, last November that she intended to launch an investigation into war crimes in Afghanistan, including crimes committed by U.S. soldiers and CIA operatives.

The ICC shrugged off the threats and said it would continue its work “undeterred” in accordance with the rule of law. France and Germany promptly expressed support for the international court. Human rights groups voiced dismay with the American position.

Much of the American foreign policy establishment saw the move as another step in Trump’s relentless effort, under the banner of “America First,” to assault globalization and weaken or dismantle international institutions the United States helped to set up after World War Two.

Some of the harshest criticism in the United States came from a conservative writer and historian, Max Boot.

“The Trump administration … has jettisoned U.S. commitment to international law,” he wrote in the Washington Post. ”The U.S., once the linchpin of the international system, is turning into a rogue state.”

Which raises a question about the ICC: How effective can it be without the backing of three of the world’s most powerful countries?