Walls of conflict and controversy

There are walls, fences, trenches and berms. In Iraq, Israel, Morocco, China and elsewhere. They are admissions of the breakdown of diplomacy and destined to fail. 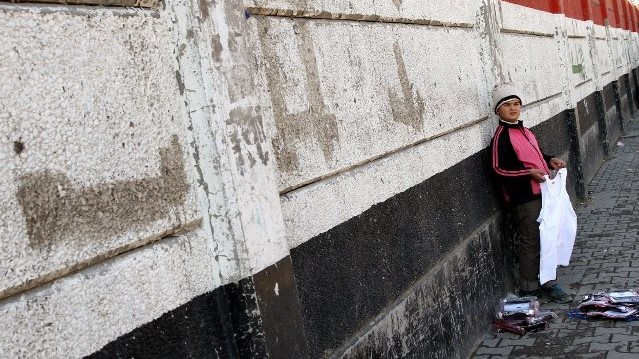 Construction is under way on a wall around Baghdad that will be almost twice as long as the late, unla­mented Berlin Wall, the most infamous barrier of modern times.

Once completed, the Baghdad Wall will stretch more than 300 kilometers and become part of an array of physical barriers around the world that divide neighbors and bring to mind the Middle Ages rather than the 21st century.

There are walls, fences, trenches and berms. Some are reinforced by motion detectors, heat-sensing cameras, X-ray systems, night-vision equip­ment, helicopters, drones, blimps and watchtowers. There are walls in places as far apart as Mexico and India, Afghanistan and Spain, Morocco and Thailand, Malaysia and Saudi Arabia.

What they have in common is an implicit admission of failure to solve conflicts through diplomacy and negotiation. What they also have in common is that the barriers are objects of controversy, viewed differently from either side.

A wall to isolate Sunnis ahead of partition?

The Baghdad Wall is a case in point.

When construction began early in February, the government said the wall was being built for security reasons — to end bomb attacks that killed 299 civilians in January alone.

Proponents of the wall argue that much of the violence is coming from Islamic State-controlled areas outside the capital, which therefore must be secured by a physical barrier.

This is not an explanation that convinces leaders of the Sunni minority. They suspect that the wall will extend beyond the area of the capital into neighboring Anbar province.

“The real objective behind the construction of the wall is to isolate Baghdad from Sunni areas in preparation for annexing it to a Shia region in case a federal system of partition is implemented,” Hamid al-Mutlaq, a member of parliament for Anbar told the news website al-Monitor.

The wall under construction follows the logic that prompted U.S. occupation forces to build a five-kilometer-long wall in 2007 to separate a Sunni district from a Shia neighborhood. It provoked protests from both communities, and Shia cleric Muqtada al-Sadr denounced the wall as “racist”.

That echoes clashing views about a wall that snakes through Jerusalem to seal off the eastern part of the city from the West Bank. The Palestinians call it “apartheid wall”, and the Israeli occupiers who built it call it a “security fence”. The government confiscated large tracts of Palestinian land to build it, and 85 percent of the barrier runs inside the West Bank.

The Baghdad Wall and the fears of creeping annexation that go with it have aroused little international attention at a time when a number of European countries were stringing razor wire along their borders to keep out a flood of refugees from Syria’s civil war. The failure of world leaders to end the Syrian bloodshed is being compounded by the failure to work out a system to distribute refugees across Europe.

The wall that made most news in recent months is the one Donald Trump, the New York billionaire who seeks to be president of the United States, wants to build along the 3,200-kilometer border between the United States and Mexico. Walls of corrugated metal and wire fences already run along about one-third of the line.

It is an irony of history that the United States — the country that hastened the fall of the Berlin Wall in 1989 — has emerged as a champion wall builder, with millions of Americans cheering Trump’s idea to tightly seal the border.

But the promise that physical barriers will keep out all unwanted immigrants or terrorists is as illusive on America’s southern border as it is in Baghdad or Gaza, where tunnels under the barrier serve as infiltration points. Walls can reduce illicit crossings but not eliminate them.

Oddly, the world’s second longest wall is also the least known. It was built by Morocco in the 1980s to curb attacks by the Western Sahara independence movement, Polisario Front. The wall is 2,700 kilometers long and three meters high.

The only wall known to be longer is the Great Wall of China, at more than 21,000 kilometers. It failed to keep out the northern barbarians against whom it was meant to protect.

(This article was first published in The Arab Weekly.)