Venezuela: A tale of riches to rags to disaster

Once one of the richest countries in the world, Venezuela now is plagued by hunger, poverty, shortages, crime and the highest inflation rate in the world. 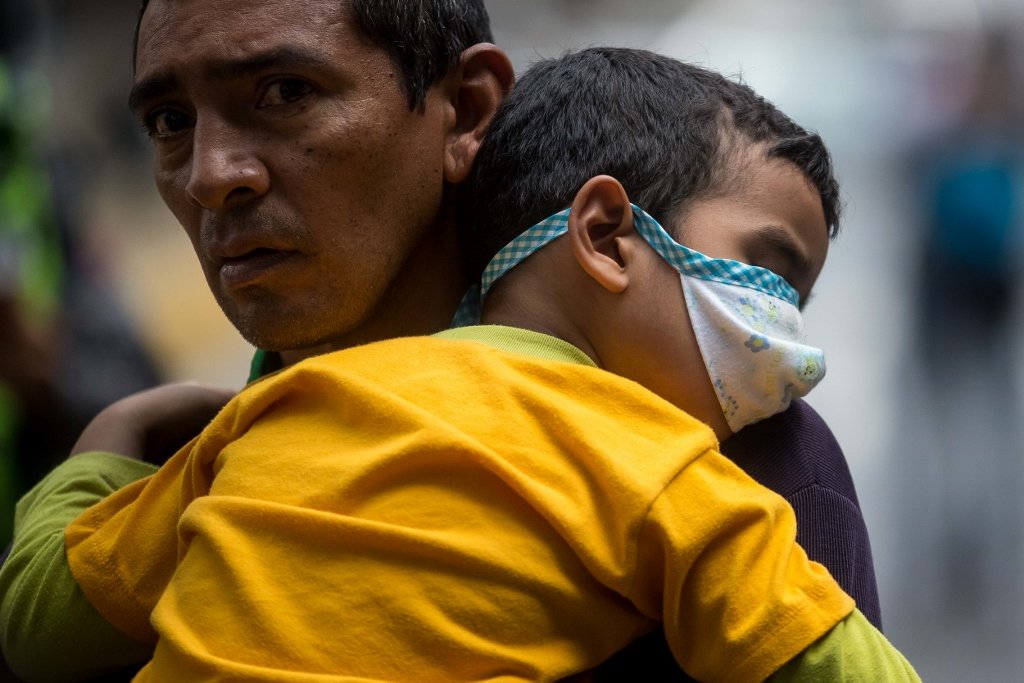 Venezuela sits on the world’s largest proven oil reserves and once was the richest country in Latin America and one of the 20 richest in the world.

Now it is plagued by hunger, poverty, shortages, crime – from murder to highway robbery – and the highest inflation rate in the world.

Of the dismal statistics that have been coming out of Venezuela as the country slides deeper into economic and political crisis, a few stand out:

The observation about a baby’s survival chances comes from the head of the Organization of American States, Luis Almagro. The estimate of “involuntary weight loss” is part of an annual Survey on Living Conditions in Venezuela compiled by researchers of three independent universities. Their survey of 6,168 households found that the poverty rate had shot up to 87 percent last year from 82 percent in 2016.

A team from the Center for Strategic Studies, a Washington-based think tank, noted recently that “Venezuela has been subjected to an unprecedented man-made humanitarian crisis, including extreme food and medicine shortages, thousands of children dying of malnutrition and malnourished people contracting formerly eradicated diseases.”

Such conditions would have beggared belief in the 1970s when the price of oil quadrupled in the wake of the Arab oil embargo and Venezuelans flush with money went on weekend shopping sprees to Miami, where they earned the nickname “Damedos,” for the Spanish words “dame dos” (give me two), often preceded by “ta barato” – it’s cheap.

For those with deeper pockets, Air France ran a supersonic Concorde flight between Caracas and Paris.

In the eyes of most analysts and Venezuela’s opposition – weakened  by internal squabbles and severe government repression – Venezuela’s long slide from riches to rags began in 1999, when a charismatic army officer, Hugo Chavez, took power after a landslide win in free elections. He pledged to bring “21st century Socialism” to his country and use its oil wealth to reduce poverty and inequality.

Chavez named his program the Bolivarian Revolution, named after Simon Bolivar, the 19th  century hero of the fight against Spanish colonial rule in Latin America. In parallel with pushing his revolution, he turned into Latin America’s most virulently anti-American leader, rivaling his friend and mentor, Cuba’s Fidel Castro.

During Chavez’s 14 years in power, he spread the oil income by lavish spending on social programs, from medical clinics to new schools, to subsidized  grocery stores and housing projects. He also nationalized hundreds of private businesses and foreign-owned assets,  expropriated vast swaths of land, introduced a complicated system of multiple currency exchange rates and imposed price controls on a wide range of goods.

That promptly led to shortages as many of the government-dictated prices were so low that farmers and other producers could not make a profit.

A new class sprung up in a country marked by class divisions: the “Boliburgesia,” a phrase coined from Bolivar and bourgeoisie, made up of Venezuelans active in the black and grey markets of 21st century Socialism, government bureaucrats who imposed “surcharges” on routine services, middlemen in oil deals, money launderers and drug trafficking organizations.

Some Venezuelans did so well in 21st century Socialism that they earned the moniker Boligarchs.

The U.S. administrations of both Barack Obama and Donald Trump have imposed sanctions on or indicted senior Venezuelan officials for human rights violations, money laundering and drug trafficking.

The most senior Venezuelan official targeted by Washington is Vice President Tareck El Assaimi, accused by the Trump administration of  playing a major role in international drug trafficking.

Chavez died in 2013, and his hand-picked successor Nicolas Maduro, a former bus driver and union leader, doubled down on using the economic tools introduced by his mentor and predecessor – as well as a routine of denouncing the political opposition as traitors, blaming Venezuela’s woes on economic warfare by the United States and by Venezuela’s elite, and warning of American plots to overthrow him.

Despite the widely-shared view of Chavez and Maduro as the leading drivers on the road to ruin, Venezuela’s basic problem predates them both: it is the failure of successive governments to wean the country of its dependence on oil, which accounts for 95 percent of export earnings.

Since Venezuela became a major oil producer in 1922, its economy has moved in tandem with the price of oil – good times with high prices, bad with low.

Global oil prices dropped from a high of $111 per barrel in 2014 to a low of $27 in 2016, and the economy, already on the brink of collapse, went into free fall. The drastic cut in export earnings left a gaping hole in public financing.

Maduro’s government tried to fill it by printing money, a move that eventually resulted in the Bolivar, the national currency, losing 99.9 percent of its value.

A widely-watched video clip trying to explain what a virtually valueless currency means in terms of daily life shows a tall cup of coffee next to the money it cost: a wad of notes taller than the cup. The Bolivar equivalent of four U.S. dollars fills a large plastic bag. A year ago, a dollar bought 9.9 Bolivars. In the second week of June, the rate was 79,900.

Maduro won elections in 2013 with a razor-sharp majority and re-election this May for another six-year term in a vote denounced by 14 Latin American countries and the United States as neither free nor fair.

What next? The only reasonably safe prediction one can make is that more Venezuelans will abandon hope and leave the country, joining more than a million who have already done so.