The United States: So rich, and yet so poor

The United States is the richest nation in the world with many millions of poor. I’m baffled more has not been done to spread this extraordinary wealth. 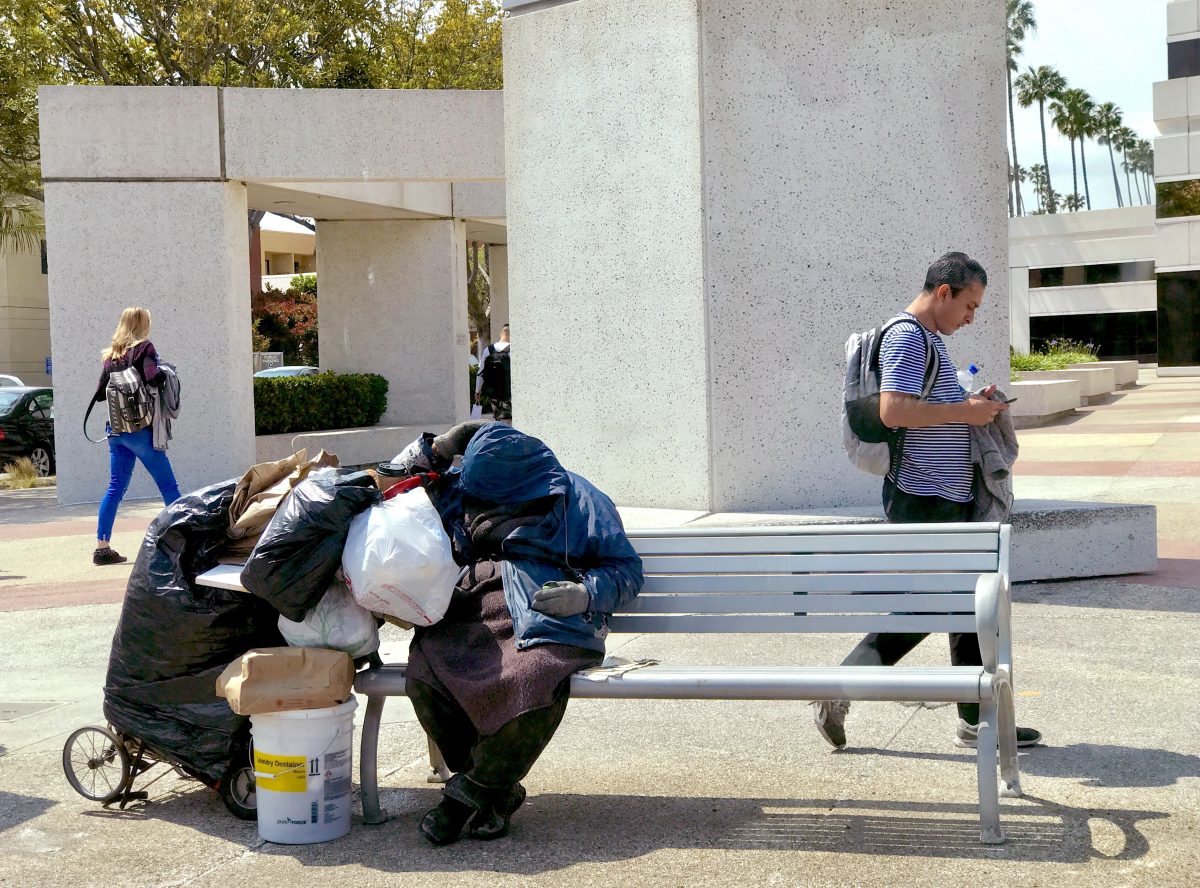 A homeless person sleeps on a bench in Santa Monica, California, 10 May 2017.
(EPA/Mike Nelson)

Here’s a riddle: The United States is the richest nation in the world. Why, then, are so many Americans poor?

This paradox captures so much of what is both attractive and shocking about the country where I am doing my university studies and which in many ways differs from the continent I grew up in, Europe.

The United States produced $18.6 trillion worth of goods and services last year, making it the world’s largest economy, according to the World Bank. In a rather distant second place was China, with a gross domestic product of $11.2 trillion.

But, curiously, extraordinary wealth in the United States goes hand in hand with poverty.

Wealth in the United States is unevenly distributed.

The United States had the second highest poverty rate among the 35 rich nations in the Organisation for Economic Co-operation and Development, according to the most recent data covering 2012-14.

The U.S. poverty rate — defined as the share of people living on less than half the median household income — lagged only that of Israel. But the United States had 94 times more wealth than Israel.

How can such a rich nation with high economic output have so many poor people compared to other developed countries?

Because both wealth and income are unevenly distributed in the United States.

U.S. income inequality has widened since the 2007 financial crisis.

The top 10 percent wealthiest Americans owned 77 percent of the entire country’s wealth in 2012, according to The Stanford Center for Poverty and Inequality. The top one percent owned 42 percent of all U.S. wealth.

Yet millions of middle and lower class Americans suffer. In 2015, 43 million Americans out of 321.1 million,almost one in eight, were living in poverty, according to the U.S. Census Bureau.

The uneven distribution of wealth in the United States is partly due to income inequality, which increased following the 2007 financial crisis, according to an OECD report.

The OECD report compared member countries based on their Gini coefficient — a measure of income inequality that equals zero when everyone has the same income and one when a single person has all the income.

The Gini coefficient for OECD countries taken all together remained relatively stable between 2007 and 2014 or the latest year for available data, rising only marginally from 0.317 to 0.318. But in the United States, the coefficient rose more markedly, from 0.374 to 0.394.

The OECD noted that “recoveries can increase inequality by fuelling capital incomes (which are at the top) and increasing jobs and wages more among better-off households.”

How can there be so many poor in a rich nation?

So which groups are most affected by wealth disparity and poverty in the United States? Children and racial minorities.

The United States is one of five OECD countries, along with Turkey, Israel, Spain and Chile, where more than 20 percent of children live in poverty, according to a 2016 report.

Poverty is also disproportionately high among U.S. blacks and Hispanics.

Although poverty fell among blacks between 1966 and 2012, they were still more than twice as likely as whites to be poor in 2012, according to a 2014 Pew Research Center report.

For Hispanics, poverty has risen. In 1972, when data for Hispanics was first compiled, 23 percent lived below the poverty threshold. By 2012, the share of Hispanics in poverty had risen to 26 percent. But the U.S. Hispanic population had quintupled over that period.

“As a result, more than half of the 22 million-person increase in official poverty between 1972 and 2012 was among Hispanics,” Pew said.

To help bridge the gap between the wealthy minority and middle- and lower-class Americans, 19 states raised their minimum wages at the beginning of this year, according to the National Conference of State Legislatures. Increases were due to take effect in Washington D.C., Maryland and Oregon on July 1.

Such increases are small, long-overdue steps towards the protection of vulnerable Americans.

Compared to Italy, where I grew up, the wealth gap in the United States manifests itself so blatantly in everyday life — in neighborhoods, schools and workplaces — that it baffles me that so little has been done so far to achieve a more egalitarian system of wealth distribution.