What do U.S. sanctions mean for Russia and the West?

New U.S. sanctions on Russia might look like just another diplomatic move following Russia’s annexation of Crimea. But they could have dire consequences. 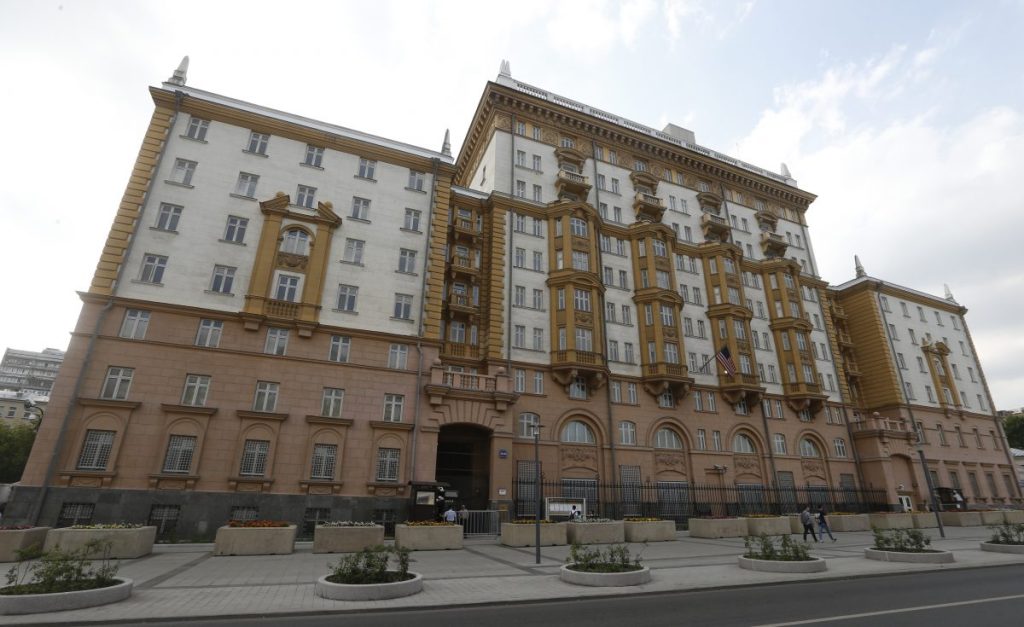 The U.S. Congress has approved another round of sanctions on Russia. The measures may look simply like the umpteenth diplomatic move following Russia’s annexation of Crimea from Ukraine, but this time they could have dire consequences not only on Moscow but on global politics.

Russia has taken no time responding to the overwhelming votes in both houses of Congress, saying it will expel hundreds of U.S. diplomats. Russian President Vladimir Putin said Moscow could consider additional measures against Washington as a response to new U.S. sanctions.

So why are the sanctions approved by Congress and awaiting President Donald Trump’s anticipated signature different from earlier measures agreed by the West to punish Russia for its 2014 annexation of Crimea?

A key difference this time around is that the sanctions have no clear-cut connection to the situation in Ukraine, three years after conflict broke out in the former Soviet satellite.

Instead, a key basis for the new round of sanctions is the conclusion by U.S. intelligence agencies that Russia meddled in the 2016 U.S. presidential election and Moscow’s efforts to expand its influence around the world.

The measures, which do not have the force of law unless signed by Trump, will be viewed in Russia as less a reflection of the West’s commitment to Ukraine’s territorial integrity and more U.S. anxiety over Russia’s ambitions to be a world superpower.

The risk is that the Ukrainian crisis could be taken off the negotiating table in any future negotiations, and that Russia might now ignore its commitments under the 2015 Minsk agreement, which offered a road map for resolving the conflict in Ukraine.

Now, the situation in Ukraine has a good chance of turning into yet another frozen territorial conflict involving Russia, a là Nagorno-Karabakh, Transnistria or South Osetia.

Because new, unilateral U.S. sanctions could make it more difficult to reach a peaceful diplomatic solution in Ukraine, the West could feel compelled to support Ukraine in other ways. For the United States, that will most likely mean more military aid to Ukraine, possibly the supply of lethal weapons — which would bring only more chaos to the region.

Right after Russia annexed Crimea, German Chancellor Angela Merkel said Moscow’s move threatened the very core of the global security system. But until now, Russia has successfully kept the focus more narrowly confined to its role in Ukraine and as the unavoidable key to any solution to that conflict.

It’s one thing to be a large country and to make mistakes while trying to protect regional interests. It is a completely different story when the Western world starts to fear you as a global power that systematically aims to weaken your enemies at any costs.

Russia will look to lengthen its list of allies.

Another difference this time around is the personal nature of the proposed sanctions, which encourage the exposure of financial information about Putin and his entourage. Under the measures, the U.S. Treasury, along with the intelligence community and the secretary of State, will monitor the finances of key Russian political figures along with their family members.

Even media outlets with links to Russia’s government will be subject to a special annual report, focused mainly on their influence on local elections.

Russia can hardly ignore what it perceives as aggressive moves. Russia will now have an excuse for an even bolder foreign policy. We will likely see more propaganda, cyber attacks and even military activity in Syria and other conflict zones. Russia will look to lengthen its list of allies, perhaps including Turkey.

A schism between progressives in Russia’s establishment, who would love to restore relations with the West, and conservative hawks in Moscow could deepen. Progressives could lose the little ground they have gained of late in Russian society.

For Putin’s camp, however, the sanctions can offer benefits: They might make it easier for the Kremlin to paint the West as behaving exactly as they said it would when the Ukrainian crisis began  three years ago.

The West faces consequences, too. A unilateral move by Washington will increase centrifugal forces that started with Trump’s “American First” rhetoric. Germany and France will have little choice but to work with the United States on implementing the sanctions, but they will not hesitate to complain. Europe could end up acting independently of Washington.

Any discontent among Western allies is good news for Russia.

It may be hard to put one’s finger on the true, underlying motives of U.S. lawmakers. A means to distract from internal political problems? A greedy effort to supplant Russia as Europe’s natural gas supplier?

One thing seems clear — more chaos is yet to come. Diplomacy is faltering, and the only clear way forward for Russia is to escalate.

Rashad Mammadov is on the Communication and Journalism faculty at Suffolk University in Boston. Born in Azerbaijan, he worked as a journalist in Baku in the early 2000’s. His experience covering the geopolitics of the Middle East and former Soviet states led to his choice of an academic career with a focus on media-government relations. Fluent in Azeri, English, Russian and Turkish, he holds two master’s degrees, in journalism and mass communication.