U.S. firms back away from guns, but impact is unclear

Some U.S. firms have cut ties with manufacturers of guns following the mass shooting at a Florida high school. But the impact of the moves is unclear. 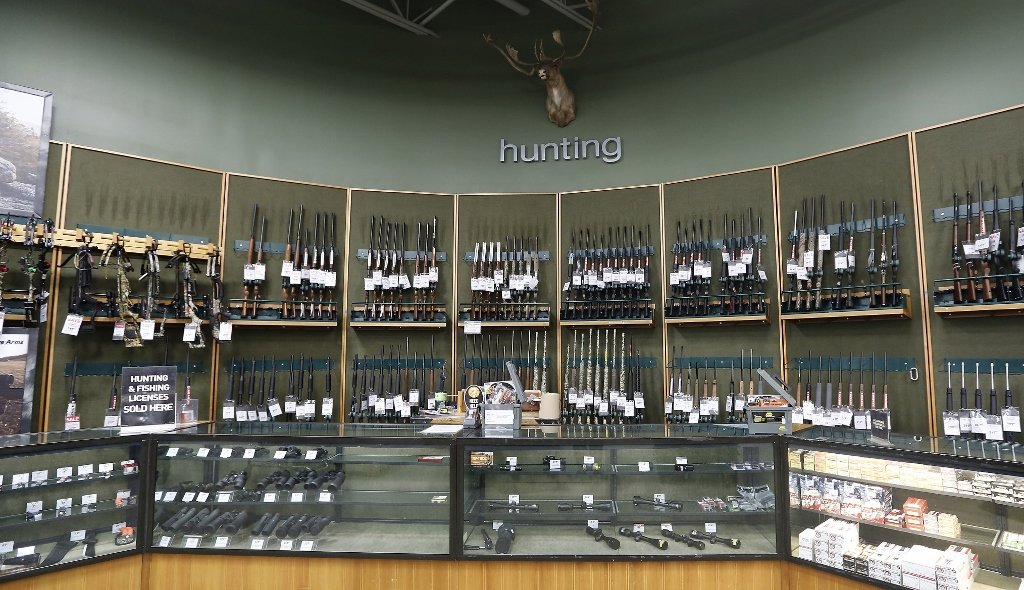 The mass shooting at a high school in Parkland, Florida in February that killed 17 people has reignited interest in imposing stricter controls on guns in the United States.

After previous such attacks, debate has quickly waned. Not so this time.

A number of survivors of the Florida massacre as well as students elsewhere have come out forcefully in favor of gun reform, staging school walkouts and organizing a march on Washington.

Citigroup, one of the biggest banks in the United States, has announced it will stop lending to retailers that sell bump-stocks and high-capacity magazines. Businesses including Avis rental cars and United Airlines that in the past were associated with the National Rifle Association have cut-ties with the organization, which opposes strong gun laws.

Gun sales have been falling anyways.

Still, it’s not clear how much impact these moves alone will have on gun sales, manufacturers or dealers.

After President Donald Trump took office in early 2017, gun sales began to fall, hitting manufacturers and dealers. That is because his administration staunchly opposes more stringent gun laws, easing worries among gun owners that access to weapons might be curtailed.

“Organizations like Citigroup are really just looking for good PR,” said Nathan Yates, the founder of Forward View Consulting which has followed the industry. “Similar groups might follow suit due to PR needs, but I don’t think manufacturers will face anything more than an inconvenience from this.”

Yates explains that because Trump has in the past come out against gun reform, customers have not stocked up on firearms in anticipation of a crackdown.

“For most of the past decade, many gun owners believed that a mass shooting would lead the Obama administration to adopt major gun control legislation,” Yates said.

“Each mass shooting created new gun control discussions and a subsequent spike in firearms and ammunition sales, even though Congress never passed such laws. With Trump as president, there’s no threat of gun control, so there’s been no jump in demand.”

Vista Outdoor and Sturm & Ruger have struggled to reduce inventories in the past year. According to financial charts from Forward View Consulting, which used to cover Vista Outdoor’s stock, those companies’ total inventories have increased more than 26 and 27 percent, respectively, since April 2017.

Gun sales are cyclical and will remain so.

Even though gun sales have fallen considerably since 2016, they could spike again whenever the presidency changes hands. If Trump’s successor is more amenable to controls, gun sales could rebound.

Howard Wolfe, formerly a supervisor with the Treasury Department’s Bureau of Alcohol, Tobacco and Firearms, said boycotts of gun manufacturers and dealers can end up hurting relatively small local stores more than large manufacturers or dealers.

“A lot of people who don’t know the firearms industry very well but still want to buy a gun will go to the corporate dealers because that’s what they know about,” Wolfe said.

“Local dealers are obviously more dependent on local customers, so if gun sales decrease as a whole, places like Vista will still get the casual buyer.”

What is more, large manufacturers and corporate dealers can still benefit from sizable military contracts that are outside the scope of any controls on retail purchases.

During the 14 years following the September 1, 2001 attacks on the United States, the Pentagon awarded more than $40 billion in small arms contracts to gun manufacturers, according to data compiled by Action on Armed Violence, which highlights harm to civilians from explosive weapons.

“The gun business has been cyclical for decades, especially since 9/11, and despite recent events, I believe that it’ll continue to be cyclical for the foreseeable future,” Yates said.

(This is part of a series of News-Decoder articles on guns in America.)