U.S. faces stiff tests to its strategy in eastern Africa

A civil war in Ethiopia and mounting criticism of Rwanda’s leader are increasingly imperiling U.S. strategy in volatile eastern Africa. 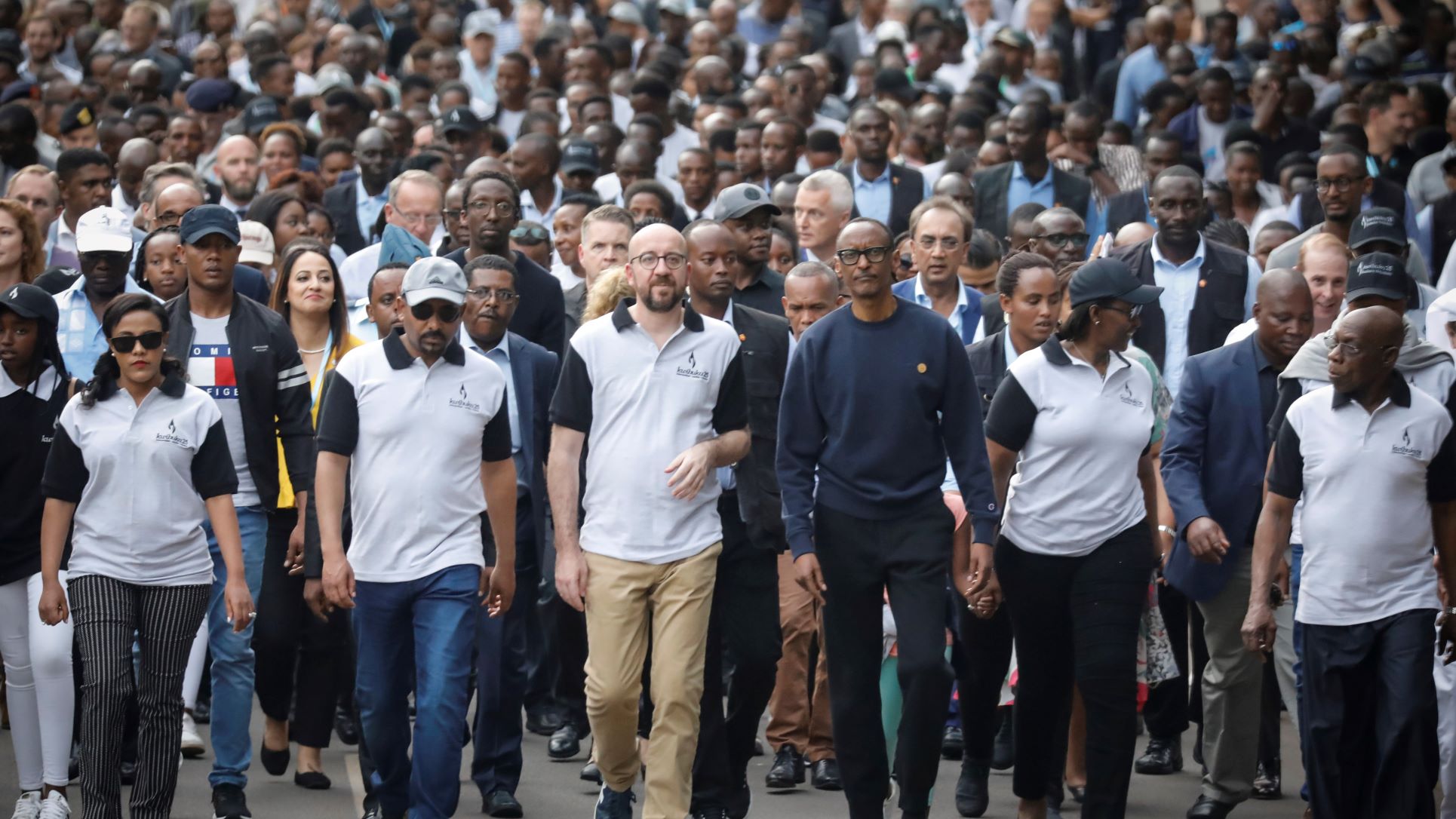 Rwandan President Paul Kagame (C-R), Prime Minister of Belgium Charles Michel (C) and Ethiopian Prime Minister Abiy Ahmed (C-L) march in remembrance of the victims of the 1994 genocide, Kigali, Rwanda, 7 April 2019. (EPA-EFE/DAI KUROKAWA)
While the failure of Western policy in Afghanistan has dominated international headlines, other, less well-reported setbacks for Washington and its allies are occurring in eastern Africa.

A civil war in Ethiopia, Africa’s second most populous nation, poses a threat to U.S. strategy across a wide swathe of the Horn of Africa and beyond, destabilising a linchpin Washington ally in a volatile neighbourhood, with potentially dire consequences.

Ethiopian Prime Minister Abiy Ahmed was widely lauded after coming to power in 2018 and awarded the Nobel Peace Prize the following year for ending 20 years of hostilities with neighbouring Eritrea. He promised multi-party democracy after 30 years of repressive government, while freeing thousands of prisoners, pardoning dissidents and appointing a 50% female cabinet.

Three years later, Abiy, 45, stands accused of unleashing a war that threatens to tear his country apart and create a disastrous famine.

As soon as the war started last November, a group of senior former U.S. State Department officials expressed fears that Ethiopia, which has 10 regions and 80 ethnic groups, could spin apart in the biggest state collapse in modern history. Other analysts now share this fear.

Another headache in Rwanda

In a lesser but significant headache for U.S. and Western interests further south, Rwandan President Paul Kagame, 63, once hailed as a model African leader, is accused by opponents of dictatorship and bloody pursuit of his political enemies abroad, which has led to a cooling of relations with Washington and London.

The jailing last week of Paul Rusesabagina, hero of the film “Hotel Rwanda”, shone a new international spotlight on Kagame. Rusesabagina, 67, who won the U.S. Presidential Medal of Freedom for sheltering hundreds of people in his hotel during the Rwandan genocide, was sentenced to 25 years on terrorism charges.

But the United States, former colonial power Belgium and human rights watchdogs said the trial was flawed and unfair.

Kagame was once the darling of leaders like Bill Clinton, Barack Obama and Tony Blair because of Rwanda’s extraordinary recovery from the 1994 genocide in which 800,000 mainly Tutsi people were slaughtered by ethnic Hutu extremists in 100 days.

Clinton once described Kagame, who led the Tutsi rebel army that ended the genocide, as “one of the greatest leaders of our time.”

That image has steadily eroded and has most recently been assailed in a book by British author and journalist Michela Wrong, “Do Not Disturb: The Story of a Political Murder and an African Regime Gone Bad”.

“There has been a tectonic shift in international perceptions of Kagame and his style of rule, thanks in part to the Rusesabagina rendition and trial — a gratuitous ‘own goal’ on the regime’s part — but also to the string of murders and harassment of dissidents abroad and Rwanda’s worsening human rights record at home,” Wrong told News Decoder.

Kagame denies accusations of abuse and has enjoyed support from Western donors for restoring stability and boosting economic growth.

Nightmare for U.S. strategy in Ethiopia

A bigger nightmare for Washington is Ethiopia, a country twice the size of France with 115 million people, where Abiy’s political survival is at stake.

Tigrayans dominated the levers of power in Ethiopia for three decades after spearheading a guerrilla war that overthrew a Marxist regime. Abiy, who is from the majority Oromo group, swept many of these Tigrayans away after becoming prime minister.

But after suffering early setbacks including the loss of their capital, the Tigrayans regrouped and struck back in June, inflicting heavy casualties on both the federal forces and Eritrea. The Tigrayans have advanced into two other regions, and Abiy is mobilising paramilitaries across the country, stoking the risk of a wider ethnic war.

Last month UN Secretary-General António Guteres warned of a humanitarian catastrophe, with two million people displaced and at least 400,000 facing famine. Abiy’s forces, especially the Eritreans, and his opponents are accused of atrocities.

Alarmed U.S. officials said the conflict threatened the territorial integrity of one of Washington’s most important African allies, which has acted as a proxy in fighting Islamist forces in neighbouring Somalia.

Ethiopia’s impressive growth rates of around 10% per year up until 2019 are likely to crash to around 2% this year because of the war and COVID-19, economists say.

Both Abiy and the TPLF have ignored repeated U.S. calls for peace talks, and on September 17, U.S. President Joe Biden signed an executive order enabling sanctions on both sides if they do not negotiate.

Because of what is at stake, both sides are reluctant to negotiate, said Plaut. “Whether the Tigrayans win is on a knife edge,” he said. “The future of both Abiy and Isaias is on the line. Everybody has everything to lose.”

The Tigrayans have made the removal of Abiy an implicit condition for negotiations.

After the genocide, Rwanda was held up by both Washington and London as a prime example of what Western aid can achieve. Billions of dollars poured into the country.

Rwanda had growth rates around 7% per year in the decade to 2019. There has been a two-thirds drop in child mortality and almost universal enrolment in primary school education, according to the World Bank. Life expectancy at birth has risen from 29 in the mid-1990s to 69 in 2019.

But the economic miracle masked a repressive political system and interference in neighbouring Democratic Republic of Congo, where Rwanda has been accused of killing Hutus and other civilians and looting rich mineral resources, charges it denies.

For many years, western governments, eager to promote a success for overseas aid and tormented by guilt over failure to stop the genocide, have praised Kagame’s successes.

Now it is becoming difficult to ignore the repression, highlighted by Rusesabagina’s trial and the killing of Kagame opponents at home and abroad.

Kagame far from on the ropes

Kagame is far from on the ropes. A skilful political operator, he has in the past headed off criticism by threatening to withdraw Rwanda’s professional and powerful army from UN peacekeeping missions.

As relations with London and Washington cooled, they improved with Paris after President Emmanuel Macron visited Kigali and issued a heartfelt apology for France’s failure to stop the genocide despite its officials being close to the Hutu-led government.

Kagame has recently again improved his stock by sending troops to successfully combat Islamist rebels in a gas-rich region of Mozambique.

“Western officials may not always like Kagame, but they are grateful that there’s an African government willing to send effective, disciplined troops to African hotspots,” said Wrong.

The chaotic withdrawal of U.S. troops from Afghanistan has made that impulse more powerful. 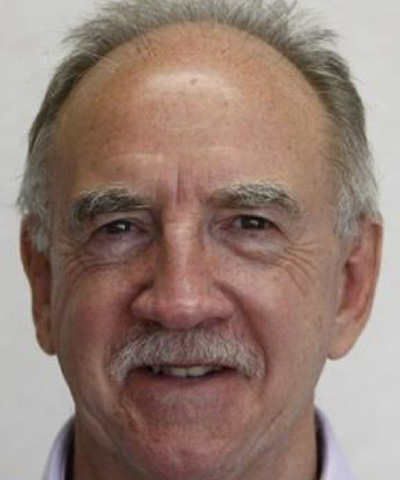 Barry Moody first reported from Ethiopia in 1976, shortly after the overthrow and murder of Emperor Haile Selassie by a military junta. He was Africa Editor for Reuters for 10 years and Middle East editor for seven, during which time he led coverage of the 2003 Iraq war. His postings included Tanzania, Kenya, South Africa, Italy, Hong Kong, Australasia and the United States. He ran editorial operations in Italy, Spain, Greece and Portugal at the height of the EU debt crisis.

Share This
WorldAfricaU.S. faces stiff tests to its strategy in eastern Africa